Supreme Court Strikes Down Texas Abortion Restrictions. One required all clinics in the state to meet the standards for ambulatory surgical centers, including regulations concerning buildings, equipment and staffing. 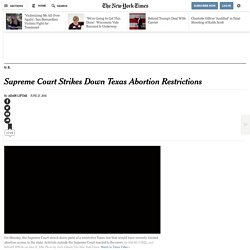 The other required doctors performing abortions to have admitting privileges at a nearby hospital. “We conclude,” Justice Stephen G. Breyer wrote for the majority, “that neither of these provisions offers medical benefits sufficient to justify the burdens upon access that each imposes. Each places a substantial obstacle in the path of women seeking a previability abortion, each constitutes an undue burden on abortion access, and each violates the federal Constitution.” Justices Anthony M. Female scientists prove they're #distractinglysexy. Court Papers Give Insight Into Stanford Sex Assault. The men stopped, and Mr.

Turner began to run away. Decades After ‘Boom-Boom Room’ Suit, Bias Persists for Women. Complaints persist about pay and promotion disparities and a lack of women in senior management roles, and frustrations are growing about the limited ability of individuals to seek damages in court. 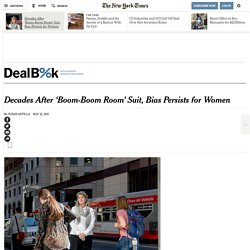 Brokerage firms today say they deal swiftly with harassers and have developed programs to mentor and showcase high-achieving women. Branch managers at Morgan Stanley, which operated a brokerage joint venture with Smith Barney until acquiring it in 2013, can earn up to an additional $150,000 a year by recruiting and developing diverse advisers, a spokesman said. Last year, nearly 50 percent of financial adviser trainees hired were female or members of minority groups, he added. He declined to say what percentage of the firm’s current brokers are women. Women are slowly joining the senior ranks of Wall Street firms. Photo The least progress has been made in pay. Among 119 job categories analyzed in the study, that group had the largest gender pay gap. Countersuits Over North Carolina’s Bias Law. The Justice Department’s lawsuit, filed in a different federal court in the state, argued that North Carolina’s law, which prohibits people from using public restrooms that do not correspond with the gender listed on their birth certificates, compels “public agencies to follow a facially discriminatory policy.” 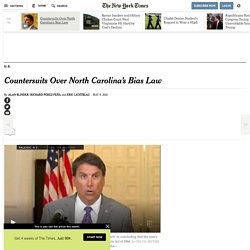 Even before the Justice Department challenged the law in court, the federal government had been examining how it could pressure North Carolina. Last month, federal agencies acknowledged that they were studying whether the law affected North Carolina’s eligibility for aid from Washington that helps pay for schools, highways and housing. Mr. Under fire on abortion, Trump fights to court women. Republican presidential candidate Donald Trump looks to supporters as he leaves a campaign stop Wednesday, March 30, 2016, in Appleton, Wis. 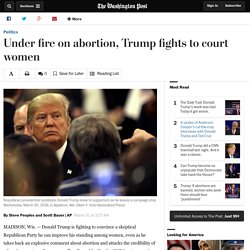 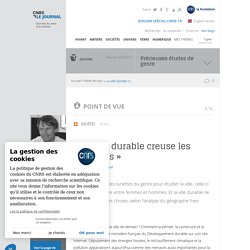 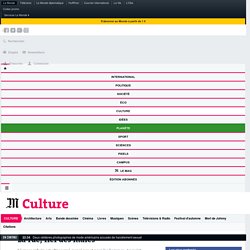 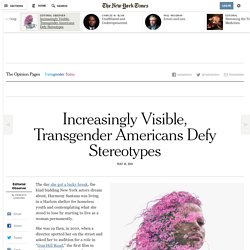 How Not to Protect Pregnant Women. Photo CHICAGO — IN the wake of a savage attack on a pregnant woman and the removal of her fetus, Colorado lawmakers are planning to introduce a bill that would criminalize fetal homicide. 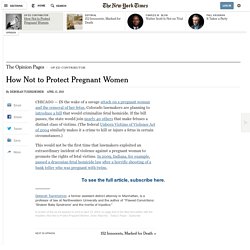 If the bill passes, the state would join nearly 40 others that make fetuses a distinct class of victims. (The federal Unborn Victims of Violence Act of 2004 similarly makes it a crime to kill or injure a fetus in certain circumstances.) Study: Women with more children are more productive at work. Indiana woman jailed for “feticide.” It’s never happened before.

First female Church of England bishop consecrated in York. The Rt Rev Libby Lane has been made the bishop of Stockport with solemn oaths, high ceremony, and a sermon that drew on Call the Midwife in York Minster. 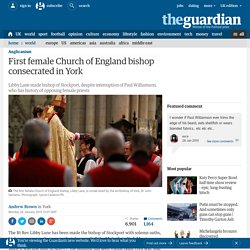 Since it was first built in AD637, the building has seen Viking raids, civil war, and even German bombing, but never a woman among the tends of thousands of bishops made here. Bishop Lane’s consecration was greeted with joy within the building and outside it – although the ceremony was interrupted by a lone protester who objected when the archbishop of York asked the congregation to consent to Lane’s appointment. Page 3: The Sun calls time on topless models after 44 years. RBS: the bank that likes to say Mx. Church of England clears way for female bishops. The Church of England has finally cleared the last obstacle to appointing women as bishops, overwhelmingly approving legislation at the General Synod bringing to an end 20 years of wrangling.

In a show of hands, about 30 people voted against the motion, out of about 480 present. Www.ipolitics.ca/2014/10/27/sexual-assault-and-the-shame-game/ More from Devon Black available here. On Sunday night, a CBC radio host announced that he’d been fired. Rare Survey Examines Sexual Assault at M.I.T. Photo In a rare, detailed look at sexual assault and harassment on a university campus, revealed Monday that among undergraduates who replied to a survey, at least 17 percent of women and 5 percent of men said they had been sexually assaulted.

That is similar to the findings of a handful of other studies, including a frequently cited survey in which 19 percent of undergraduate women said they had experienced sexual assault, or attempted sexual assault. California adopts historic 'yes means yes' rule on sexual consent. The governor of California, Jerry Brown, has signed a bill that makes the state the first in the United States to define when “yes means yes” and adopt requirements for colleges to follow when investigating sexual assault reports. State lawmakers last month approved a bill by Senator Kevin de Leon, a Los Angeles Democrat, as states and universities across the US are under pressure to change how they handle rape allegations.

Campus sexual assault victims and women’s advocacy groups delivered petitions to Brown’s office on 16 Sept urging him to sign the bill. Church of England Votes to Accept Women as Bishops. Photo. Seeing Women as Key to Economy, Japan’s Leader Names 5 to Cabinet. Photo TOKYO — Prime Minister Shinzo Abe of Japan unveiled a reshuffled cabinet on Wednesday that included five women, an apparent nod toward his promises to raise the status of women in the workplace. The appointments tie the record for the number of women in top political positions in Japan. Since taking office in December 2012, Mr. Uniform disapproval: Back to school, back to sexualising girls - Comment. Representation of Female Characters in Movies Is Improving. Photo.