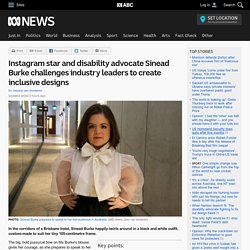 Playful Promises defends its decision to use gender-fluid model Violet Chachki in latest campaign. Last week, Violet Chachki made history or — err, herstory — as the first drag queen to land her own lingerie campaign. 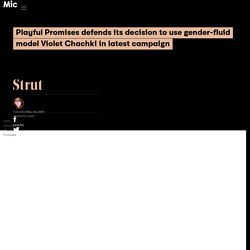 Same Girl Goes To 11 Different Fitting Rooms Of 11 Different Stores, And Differences Are Striking. Leave Me Breastless: Cancer survivor's fashion tips inspire the world. Updated A northern New South Wales woman who lost both her breasts to cancer is inspiring other survivors with her style and positive attitude to her new body. 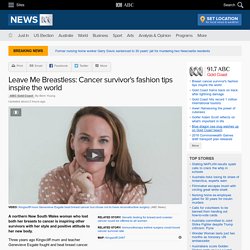 Three years ago Kingscliff mum and teacher Genevieve Esgate fought and beat breast cancer. Marie Antoinette to Madonna: On the garment trade and the misuse of its muses.

Johnson & Johnson: Healthwashing Babies For Over 100 Years. In February of 2016, a groundbreaking verdict was made, making Johnson & Johnson guilty of fraud, negligence, and conspiracy. 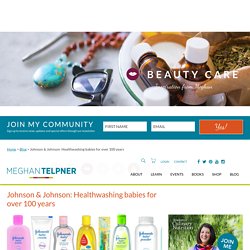 A Missouri state jury ordered the "family company" to pay $72 million of damages to the family of a woman whose death from ovarian cancer was linked to her use of the company's talc-based Baby Powder and Shower to Shower for several decades. Johnson & Johnson faced claims that despite knowing the risks, they failed to offer adequate warning to consumers that its talc-based products could cause cancer. This denial went on for decades. At the time of writing, about 1,000 cases have been filed in Missouri state court, and another 200 in New Jersey. This is only the tip of a very large, dangerous, and in many cases, deadly iceberg. Typically (and misleadingly), cosmetics companies like to refer to their products as "natural" when the ingredients are derived from plant sources.

The short answer is no. Australia's oldest man likes to knit mini sweaters for injured penguins. Niqabs, burkas must be removed during citizenship ceremonies: Jason Kenney. Muslim women will be banned from wearing face coverings such as burka and niqab veils when swearing the oath of citizenship, under new rules announced Monday. 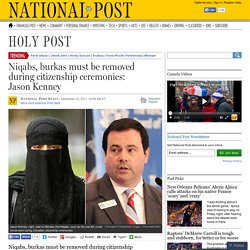 “Starting today, any individual will have to show his or her face when taking the oath of citizenship,” Immigration Minister Jason Kenney announced in Montreal. “Allowing a group to hide their faces while they are becoming members of our community is counter to Canada’s commitment to openness, equality and social cohesion,” he explained. Currently at airports, veiled Muslim women may opt to show their face only to a female security screener. Is it ever ok to have bad finishes? Yeezy, SS16, New York. 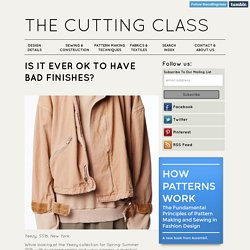 While looking at the Yeezy collection for Spring-Summer 2016 with puckered seams and wavy zippers, a question began to form about how to evaluate the construction techniques of a collection. Can it ever support a designer’s concept to have construction details that are technically wrong? Interviews surrounding the collection suggest that the colour palette was a reflection on the variety of human skin tones, played out through the soft muted tones of the colour palette. The silhouettes and details also have military undertones with camouflage colours and utilitarian pockets. But there is also that misfit quality about the clothes, maybe less like a well-funded army and more like kids creating oversized outfits from army surplus.

Why Indies Matter   How is a sewing pattern like a comic book? 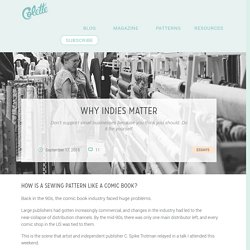 Back in the 90s, the comic book industry faced huge problems. Large publishers had gotten increasingly commercial, and changes in the industry had led to the near-collapse of distribution channels.

The brand describes the shoes as ‘her first fashion statement’. Founder of the company, Michele Holbrook, describes how after not being able to find high heeled shoes for her baby (for some reason) she decided to start manufacturing her own. Pee Wee Pumps website features various images of babies adorned in pearl necklaces, high heels, lace and feather boas. One image shows a baby girl in red satin with leopard print heels reclining on a couch. Psychologists, health professionals and child advocates have long argued that our culture is driving childhood out of children, highlighting the ‘Lolita effect’ where girls are growing up too quickly.

One form of sexualisation is the deliberate marketing of adult, sexualized products to children, often to draw attention to adult sexual features girls do not yet possess. Models with Disabilities. People everywhere are calling for more diversity in the mainstream media. 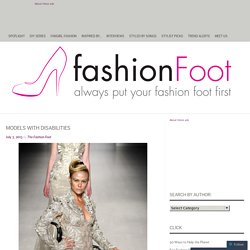 We are generally presented with a very narrow view of what people look like and a broader representation of people is important in terms of creating awareness about issues and demographics. While there certainly has been a highly publicized push for more models of color and plus-sized models, there has also been a significant step forward for models with disabilities. American Horror Story’s Jamie Brewer made headlines for being the first model with Down syndrome to walk the red carpet at New York Fashion Week. Brewer not only broke barriers for people with mental disabilities by portraying legitimate recurring characters on American Horror Story, but she also became a symbol and inspiration for beauty in the Down syndrome community. In the same vein, Madeline Stuart, an 18-year-old Australian girl with Down syndrome is also promoting diversity in the fashion industry. Written by: Megan Buckner Photo Sources: