Americans are NOT stupid - WITH SUBTITLES‬‏ 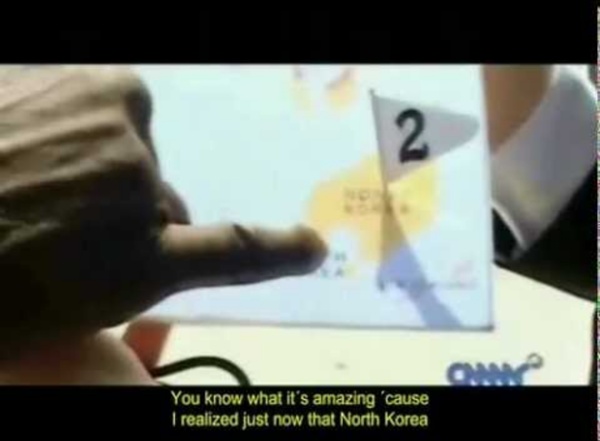 Gold, Oil, Africa and Why the West Wants Gadhafi Dead By Brian E. Muhammad -Contributing Writer- | Last updated: Jun 7, 2011 - 7:59:09 PM What's your opinion on this article? Printer Friendly Page Muammar Gadhafi's decision to pursue gold standard and reject dollars for oil payments may have sealed his fate (FinalCall.com) - The war raging in Libya since February is getting progressively worse as NATO forces engage in regime change and worse, an objective to kill Muammar Gadhafi to eradicate his vision of a United Africa with a single currency backed by gold. Observers say implementing that vision would change the world power equation and threaten Western hegemony. “If they kill Brother Gadhafi, I submit to you that American interests in Africa will come under severe strain,” warned the Honorable Minister Louis Farrakhan on WPFW-FM's "Spectrum Today” program with Askia Muhammad. “That man has invested in Africa more than any other leader in the recent history of Africa's coming into political independence,” he continued. Mr. Attacking Col.

30 Hilarious Reaction Shots Taken at a Haunted House For the past four years, the brilliantly twisted geniuses at a Canada-based attraction called Nightmares Fear Factory have been running an automatic camera that snaps pictures of spooked people at the perfect moment, a split second after a big scare in the pitch dark. Since it’s a flash, it catches their hysterical reactions. So for those of us too afraid to enter, we can still laugh at these hilarious conga lines of scared people, clinging to their children, parents, family or friends in sheer terror. For those wondering what the “scare” is, it’s a car coming out of the shadows and racing directly towards them. If you find yourself near Niagara Falls make sure to check out this haunted house, and who knows, your picture might just end up here for us to laugh at. Source: Nightmares Fear Factory

Winning Every Day Categories June 27, 2011 7:00pm By Rowdy Joe Videos Winning Every Day This guy just wins at everything he does. Tongue-tied Lawyer Rock Flip Fail Comments lol cool awesome win neat trick ftw stunts style Related Posts Recommended Posts Police gun down man in street, threaten to shoot witnesses for filming incident (NaturalNews) When Narces Benoit decided to use his cell phone to film Miami Beach police officers gunning down a man sitting in a parked car early Monday morning, he had no idea the same cops would eventually target him as well. According to video evidence and witness testimony, officers pointed a gun at Narces and his girlfriend, threw them to the ground, destroyed his camera and what they thought was the footage he captured, and handcuffed and arrested the couple, all because Narces happened to capture indicting video evidence of the officers' heinous actions. The Miami Herald reports that Narces and his girlfriend were driving on Collins Avenue in South Beach, Fla., when they happened upon the shocking tail-end of a police chase involving Raymond Herisse, the suspect in question who had allegedly fled police following a scuffle. You can view the video footage for yourself here: The entire event reeks of abuse and coverup. Sources for this story include:

32 Painfully True Facts About Everyday Life Their graphs and diagrams are snarky and sarcastic but, for the most part, true. This, coupled with their simple and official-looking design, makes them a delight to look at. Wulff and Morgenthaler share these images on Wumo (formerly known as Wulffmorgenthaler). If you think you may have seen their work before, it should come as no surprise – they are a fairly successful cartoon duo. Which of their graphs and diagrams apply to you? Source: kindofnormal.com | Facebook (via) Credit:BoredPanda Worse than meltdown, government report says devastating 'melt-through' has occurred at Fukushima; Official suggests Japan could become 'uninhabitable' (NaturalNews) Recent reports confirming that Reactors 1, 2, and 3 of the Fukushima Daiichi nuclear facility completely melted just hours after the devastating earthquake and tsunami hit the area on March 11 ( have been trumped by even worse news that those same reactors have all likely "melted through," a situation that according to Japan's Daily Yomiuri DY is "the worst possibility in a nuclear accident." And senior political official Ichiro Ozawa suggested in an interview with The Wall Street Journal (WSJ) that the Fukushima situation could make the entire country of Japan "unlivable." A nuclear core meltdown involves nuclear fuel exceeding its melting point to the point where it damages the core, leaks out, and threatens to potentially release high levels of radiation into the environment. Sources for this story include:

The FBI Just Gave Itself Permission to Follow You and Go through Your Trash Supreme Court Blocks Climate Change Lawsuit Filed By States WASHINGTON — The Supreme Court unanimously ruled out a federal lawsuit Monday by states and conservation groups trying to force cuts in greenhouse gas emissions from power plants. The court said that the authority to seek reductions in emissions rests with the Environmental Protection Agency, not the courts. EPA said in December that it will issue new regulations by next year to reduce power plants' emissions of carbon dioxide, the chief greenhouse gas. The Obama administration has already started controlling heat-trapping pollution from automobiles and from some of the largest, and most polluting, industrial plants. But the administration's actions have come under criticism in Congress, where the Republican-controlled House has passed a bill to strip the EPA from using the Clean Air Act to regulate global warming gases. The measure failed in the Senate, but a majority there indicated they would back reining in EPA in some way. The decision reversed a ruling by the 2nd U.S.

US police smash camera for recording killing - Features A picture may be worth 1,000 words, but Narces Benoit's decision to videotape a shooting by Miami police landed him in jail after officers smashed his cell-phone camera. It was 4am on May 30 when Benoit and his girlfriend Erika Davis saw officers firing dozens of bullets into a car driven by Raymond Herisse, a suspect who hit a police officer and other vehicles while driving recklessly. Herisse died in the hail of lead, and four bystanders also suffered gunshot wounds, the Miami Herald newspaper reported. Police noticed the man filming the shooting and an officer jumped into his truck, and put a pistol to his head, Benoit said. The video shows officers crowding around Herisse's vehicle before opening fire, followed by indistinguishable yelling at onlookers, including Benoit, to stop filming. The cop yelled: "Wanna be a [expletive] paparazzi?" "My phone was smashed, he stepped on it, handcuffed me," the 35-year-old car stereo technician told CNN. Legal issues Technology 'outpacing' laws

Time magazine cover features shredded U.S. Constitution, asks if it still matters Provocative? Perhaps, but that’s nothing new for Time magazine with a history of taking iconic American symbols and using them to make political statements. On Thursday on MSNBC’s “Morning Joe,” Time magazine editor Richard Stengel presented the cover of his new July 4 issue, which features the U.S. Constitution going through a paper shredder and asks if the document still matters. “Yes, of course it still matters but in some ways it matters less than people think,” Stengel said on “Morning Joe.” The cover is about a story Stengel authored dated June 23 and tackles issues of the day as they related to the Constitution, including Libya, the debt ceiling, ObamaCare and immigration. Stengel concludes his article by saying it isn’t the document that is the U.S. “The Constitution does not protect our spirit of liberty; our spirit of liberty protects the Constitution,” Stengel wrote. Watch: