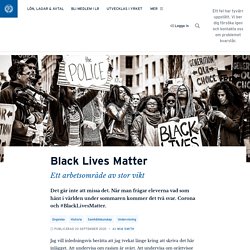 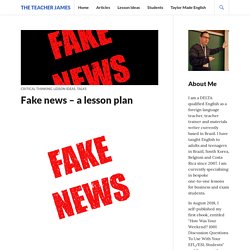 It’s something that fascinates me, and as a language teacher I feel that I’m in a position where I can not only discuss this with my students of all ages, but also help them to become more critical in how they interact with the news that comes their way. This is essentially what I have been arguing in my talk English Teaching in the Post-Truth Era which so far I have done at conferences in Brazil, the UK and Belgium. In order to support the talk I have prepared a lesson plan to be used with teen and adult students, as well as many of the resources and articles I mention in the talk. The lesson is designed to introduce students to the notion of fake news and teach them some strategies to become better, more critical readers. It is adapted from a lesson plan by the Anti-Defamation League (link) with elements taken from here.

Why Facts Don't Convince People (and what you can do about. Best News Websites for Students. An Engaging Word Game Helps Students Grasp Implicit Bias. As part of an effort to demonstrate the effect of implicit bias, library media specialist Jacquelyn Whiting devised an exercise that looks similar to “Mad Libs,” the popular fill-in-the-blank word game. 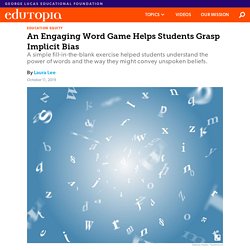 In EdSurge’s “Everyone Has Invisible Bias. This Lesson Shows Students How to Recognize It,” Whiting describes how she removed words from a New York Times opinion essay to create a new, highly engaging activity for a 10th-grade class. Jacquelyn Whiting Whiting removed key words from the essay to create a paragraph for students to fill-in-the-blank. A student's goal “is to make the paragraph cogent, to choose words that make sense in context,” Whiting writes.

Sharply conflicting viewpoints emerged, and it became more obvious to the students that word choice matters. The discrepancies were revelations to the students “many of whom had been classmates for years, who lived in similar neighborhoods and took multiple classes together.” Watch - Upptäck. How to Teach Students to Use Wikipedia. When my high school students begin a new assignment that calls for online research, I often ask what websites they shouldn’t use. 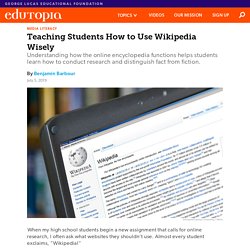 Almost every student exclaims, “Wikipedia!” “Why?” I ask, even though I already know their response. “Because anyone can write anything,” someone typically replies. When I tell them that they can use Wikipedia, the students often look at me in confusion. Wikipedia is the fifth most visited website in the world, with more than 40 million articles accessed every month.

Effectively navigating a Wikipedia article can provide students with an opportunity to learn about peer review, sourcing, footnotes, and internet research. A Starting Point Did you know that the South American coati, a small mammal in the raccoon family, is also known as the Brazilian aardvark? Wikipedia, like much of the internet, is the Wild West of information. Students should understand that Wikipedia is a starting point. Work Smarter, Not Harder. Watch - Upptäck. Teaching the Research Process Through Podcasting Instead of an Essay. I have to be honest: I’ve often dreaded teaching research papers in my high school English classes. 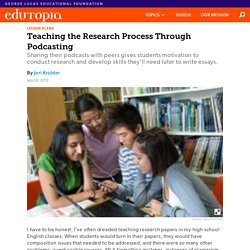 When students would turn in their papers, they would have composition issues that needed to be addressed, and there were so many other problems: questionable sources, MLA formatting mistakes, instances of plagiarism. Often I wouldn’t even know where to start assessing this work, even though these are all skills I consider essential in my classroom. Eventually I came to realize that they didn’t all have to be taught at the same time. What Is a Scientific Theory? A scientific theory is a specific type of theory used in the scientific method. 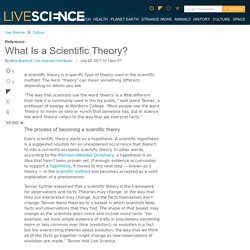 The term "theory" can mean something different, depending on whom you ask. "The way that scientists use the word 'theory' is a little different than how it is commonly used in the lay public," said Jaime Tanner, a professor of biology at Marlboro College. "Most people use the word 'theory' to mean an idea or hunch that someone has, but in science the word 'theory' refers to the way that we interpret facts. " Every scientific theory starts as a hypothesis. A scientific hypothesis is a suggested solution for an unexplained occurrence that doesn't fit into a currently accepted scientific theory. Tanner further explained that a scientific theory is the framework for observations and facts. The University of California, Berkley, defines a theory as "a broad, natural explanation for a wide range of phenomena.

Any scientific theory must be based on a careful and rational examination of the facts. Additional Resources. I’m always amazed by the disconnect between what we see in the news and the reality of the world around us. As my late friend Hans Rosling would say, we must fight the fear instinct that distorts our perspective. But what did the British really do? Publications in english. Presentation in English "Living in World of Warcraft" Publiceringsdatum: 2017-01-27 A presentation of the study "Living in World of Warcraft" by Ann Katrin Agebäck, at the conference "Keeping Children and Young People Safe Online" in Poland 2008. 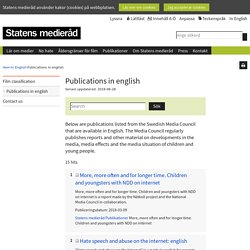 5 Tips to Improve Your Critical Thinking. Critical Material For Critical Thinking. To me, critical thinking has always been about looking at something, whether a poem, a piece of art, or an idea, appreciating what is good about it, and questioning what I felt was not good about it, while trying to keep an open mind to the opinions of others, but maintaining my own independent opinion. 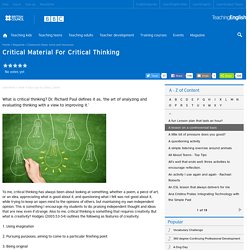 Monthly news lesson: Good news at last: the world isn’t as horrific as you think. How false information spreads. Presenter: Hi, everyone. 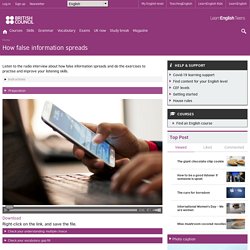 On today’s Tech-times podcast we’re lucky to have Sam Wogan, a well-known digital journalist, with us. So, Sam – what interesting techie-topic would you like to talk about today? Journalist: Hi Brad. Today I’d like to talk about some of the reasons why we shouldn’t automatically believe everything we read online, and how false information spreads so easily with the help of technology. Sweden: Truth, lies and manipulated narratives? - BBC Newsnight. Factitious. 10 Great Critical Thinking Activities That Engage Your Students. Scott Fraser: Why eyewitnesses get it wrong. 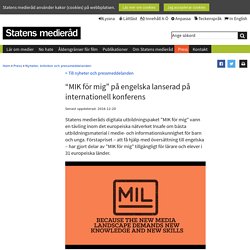 Men det finns ett område där vi, i min mening, glömmer bort att stötta eleverna: informationssökning på internet. Där ska eleverna klara sig själva. You're not going to believe what I'm about to tell you. Comics Blog Books. How To Cite Social Media In Scholarly Writing. How To Cite Social Media In Research by TeachThought Staff Back in 2012, we shared how to cite a tweet. We followed that up with how to cite an app. So when we saw the very useful teachbytes graphic above making some noise on pinterest on several different popular #edtech websites, it reminded us of the constant demands changing technologies place on existing ways we do business. How false information spreads. Presenter: Hi, everyone. On today’s Tech-times podcast we’re lucky to have Sam Wogan, a well-known digital journalist, with us.

So, Sam – what interesting techie-topic would you like to talk about today? Journalist: Hi Brad. Today I’d like to talk about some of the reasons why we shouldn’t automatically believe everything we read online, and how false information spreads so easily with the help of technology. One of the reasons for this is a phenomenon known as circular reporting.Presenter: Circular reporting? Larry Ferlazzo: Critical thinking. I describe it as the ability to seek-out, elicit, and consider different information and various perspectives of situations, fairly weigh the evidence on all sides and how it all connects to existing background knowledge, and then use that process to come to an independent conclusion.

Critical thinking skills have been found to help English Language Learners in language acquisition, particularly through increasing problem-solving abilities, oral communication skills, writing competence, and student motivation. However, teaching critical thinking skills is considered to be a major challenge by many ELL teachers because of a number of issues, including students' lack of vocabulary and, in some cases, students coming from prior school environments where that skill was not promoted. There are ways to help ELLs, even at the Beginning Level, to begin developing critical thinking skills. Here are some ideas: TED-Ed - The speed with which information spreads has... D3 1 gy 01A 03 soka. Var hittade du det, då? - Mia Smith. Informationssökningen är en del som behöver integreras i undervisningen lika mycket som andra delar av kursplanens innehåll.

QUIZ: Should You Tweet That Tweet? How to tell fake news from real news. In November 2016, Stanford University researchers made an alarming discovery: across the US, many students can’t tell the difference between a reported news article, a persuasive opinion piece, and a corporate ad. Not all scientific studies are created equal - David H. Schwartz. Teachingenglish.org. How false news can spread - Noah Tavlin. The term “circular reporting” likely originated in the government and military intelligence community, where ascertaining the validity of information is absolutely critical when there is misinformation intentionally being spread and leaked by one’s opposition.

This paper goes into greater detail about how the military intelligence community deals with circular reporting. Quotes Inside Quotations. How to do oral citations in speeches. How to Cite Sources in a Speech » Pretty Good Speech.com. How to Train Your Mind to Think Critically and Form Your Own Opinions. The Danger of a Single Story. Critical Thinking Model 1.