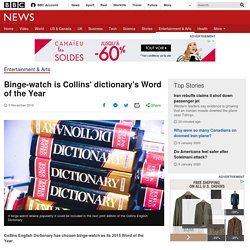 Meaning "to watch a large number of television programmes (especially all the shows from one series) in succession", it reflects a marked change in viewing habits, due to subscription services like Netflix. Lexicographers noticed that its usage was up 200% on 2014. Other entries include dadbod, ghosting and clean eating. The Phrontistery: Obscure Words and Vocabulary Resources. 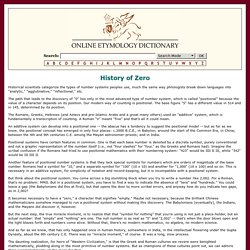 The path that leads to the discovery of "0" lies only in the most advanced type of number system, which is called "positional" because the value of a character depends on its position. Our modern way of counting is positional. The base figure "5" has a different value in 514 and in 145, determined by its position. The Romans, Greeks, Hebrews (and Aztecs and pre-Islamic Arabs and a great many others) used an "additive" system, which is fundamentally a transcription of counting. A Roman "V" meant "five" and that's all it could mean. Positional systems have certain features in common. 100 Most Beautiful Words In The English Language.

Might be an economist, but he wants to talk about language. For instance, he points out, in Chinese, saying “this is my uncle” is not as straightforward as you might think. In Chinese, you have no choice but to encode more information about said uncle. The language requires that you denote the side the uncle is on, whether he’s related by marriage or birth and, if it’s your father’s brother, whether he’s older or younger. “All of this information is obligatory. This got Chen wondering: Is there a connection between language and how we think and behave?

While “futured languages,” like English, distinguish between the past, present and future, “futureless languages” like Chinese use the same phrasing to describe the events of yesterday, today and tomorrow. But that’s only the beginning. Featured illustration via iStock. Kanji of the year, meaning 'disaster,' symbolizes 2018 amid natural and human calamities.

KYOTO – The kanji sai (災, disaster) was picked as the Chinese character best describing this year’s social mood in Japan, amid a string of natural and man-made calamities, a Kyoto-based kanji promotion organization announced Wednesday. 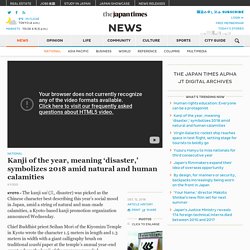 Chief Buddhist priest Seihan Mori of the Kiyomizu Temple in Kyoto wrote the character 1.5 meters in length and 1.3 meters in width with a giant calligraphy brush on traditional washi paper at the temple’s annual year-end event, where the kanji of the year was revealed. The selection came after Japan was buffeted this year by torrential rains in the country’s west and an large earthquake in Hokkaido, heightening public awareness of the importance of disaster prevention measures. 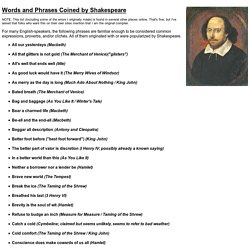 That's fine, but I've asked that folks who want this on their own sites mention that I am the original compiler. For many English-speakers, the following phrases are familiar enough to be considered common expressions, proverbs, and/or clichés. All of them originated with or were popularized by Shakespeare. I compiled these from multiple sources online in 2003. How many of these are true coinages by "the Bard", and how many are simply the earliest written attestations of a word or words already in use, I can't tell you. Words Shakespeare Invented. Words Shakespeare Invented The English language owes a great debt to Shakespeare. 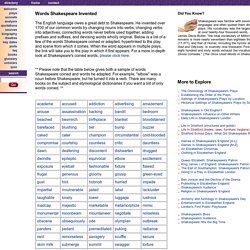 He invented over 1700 of our common words by changing nouns into verbs, changing verbs into adjectives, connecting words never before used together, adding prefixes and suffixes, and devising words wholly original. Below is a list of a few of the words Shakespeare coined or adapted, hyperlinked to the play and scene from which it comes. When the word appears in multiple plays, the link will take you to the play in which it first appears. For a more in-depth look at Shakespeare's coined words, please click here. ** Please note that the table below gives both a sample of words Shakespeare coined and words he adapted. For more words that Shakespeare coined please see the Comprehensive Etymological Dictionary of the English Language by Dr. 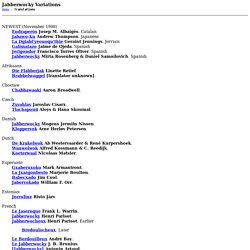