Contact Languages Are Dying Out. When groups of people who speak different languages come together, they sometimes inadvertently create a new one, combining bits of each into something everyone can use to communicate easily. 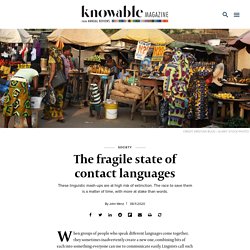 Linguists call such impromptu tongues “contact languages” — and they can extend well beyond the pidgin and creole that many of us have heard of. The origin stories of these linguistic mash-ups vary. Some are peaceful, such as when groups meet for trade and need a lingua franca: Nigerian Pidgin English, for example, allows speakers of over 500 tongues to communicate. But others were born of tragedy and violence — like Haitian Creole, Gullah Geechee, Jamaican Creole and many others that arose from the Atlantic slave trade, when West African peoples combined several tongues with English, creating everyday languages often used among slaves. Today, many of these contact languages are lost. There is a reason contact languages have traditionally commanded less respect, says Nala H. Ricaner - English translation.

Respecter le cadre translation - Buscar con Google. What does dialogic mean? Children Are Using Emoji for Digital-Age Language Learning. On the priority of salient meanings: Studies of literal and figurative language - R. Giora. The Language You Speak Influences Where Your Attention Goes. Psycholinguistics is a field at the intersection of psychology and linguistics, and one if its recent discoveries is that the languages we speak influence our eye movements. 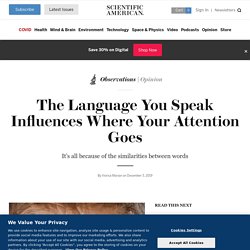 For example, English speakers who hear candle often look at a candy because the two words share their first syllable. Research with speakers of different languages revealed that bilingual speakers not only look at words that share sounds in one language but also at words that share sounds across their two languages. When Russian-English bilinguals hear the English word marker, they also look at a stamp, because the Russian word for stamp is marka. Even more stunning, speakers of different languages differ in their patterns of eye movements when no language is used at all.

In a simple visual search task in which people had to find a previously seen object among other objects, their eyes moved differently depending on what languages they knew. The story doesn’t end there. What do findings like these tell us? Cremains. Mandella Effect. The word previously never existed. Last Updated on October 24, 2016 Cremains are the bone fragments from a cremated body which remain after the cremation process. 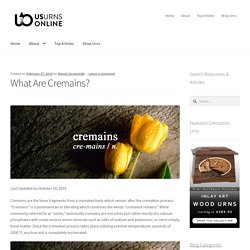 “Cremains” is a portmanteau or blending which combines the words “cremated remains.” While commonly referred to as “ashes,” technically cremains are not ashes but rather mostly dry calcium phosphates with some various minor minerals such as salts of sodium and potassium, or more simply, bone matter. Since the cremation process takes place utilizing extreme temperatures upwards of 1600 °F, any true ash is completely incinerated.

Occasionally there are additional non-organic materials such as plates, screws, or pins from surgery, dental fillings, missed jewelry, or metal surgical implants such as hip replacements. This is why most funeral professionals prefer to use the term “cremains” (or cremated remains) instead of the innacurate but popular misconception of “ashes.” Pronunciation guide. This pronunciation guide has been developed and approved by the USAN Council, and was revised at the USAN Council meeting, July 14, 2006, to facilitate pronunciation of USAN and will be used on all future Statements of Adoption. 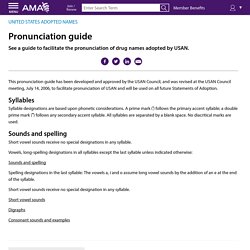 Syllables Syllable designations are based upon phonetic considerations. A prime mark (′) follows the primary accent syllable; a double prime mark (″) follows any secondary accent syllable. All syllables are separated by a blank space. No diacritical marks are used. Sounds and spelling Short vowel sounds receive no special designations in any syllable. The Illustrated History of Emojis. Animal communication. Production of Supra-regular Spatial Sequences by Macaque Monkeys: Current Biology. Etudes. Do Animals Have Feelings? Amid the human crush of Old Delhi, on the edge of a medieval bazaar, a red structure with cages on its roof rises three stories above the labyrinth of neon-lit stalls and narrow alleyways, its top floor emblazoned with two words: birds hospital. 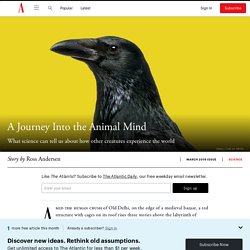 To hear more feature stories, see our full list or get the Audm iPhone app. On a hot day last spring, I removed my shoes at the hospital’s entrance and walked up to the second-floor lobby, where a clerk in his late 20s was processing patients. An older woman placed a shoebox before him and lifted off its lid, revealing a bloody white parakeet, the victim of a cat attack. The man in front of me in line held, in a small cage, a dove that had collided with a glass tower in the financial district. A girl no older than 7 came in behind me clutching, in her bare hands, a white hen with a slumped neck. The youngest of the hospital’s vets, Dheeraj Kumar Singh, was making his rounds in jeans and a surgical mask.

They also seem to be capable of deception. Entutelage. Reading. Quotability. Libraria. Writing. Language and the Human Experience. Linguistics. Linguistics.