3D Wooden Marble Labyrinth Puzzle Kit. This adapter lets you play your Nintendo Switch with your favorite old school controllers. The Nintendo Switch is an undeniably awesome gadget, pairing old-school gaming styles with modern-day graphics and functionality for a new generation of gamers. 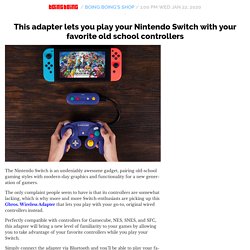 The only complaint people seem to have is that its controllers are somewhat lacking, which is why more and more Switch-enthusiasts are picking up this Gbros. Wireless Adapter that lets you play with your go-to, original wired controllers instead. Perfectly compatible with controllers for Gamecube, NES, SNES, and SFC, this adapter will bring a new level of familiarity to your games by allowing you to take advantage of your favorite controllers while you play your Switch. Simply connect the adapter via Bluetooth and you’ll be able to play your favorite games at a distance of up to 33 feet. This smart notebook saves your scribbles with a simple scan of your SmartPhone.

For some folks, writing notes by hand is just plain easier, but having to re-type them later can be a huge bore, not to mention time-sink. 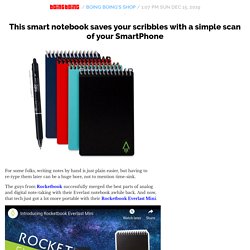 The guys from Rocketbook successfully merged the best parts of analog and digital note-taking with their Everlast notebook awhile back. And now, that tech just got a lot more portable with their Rocketbook Everlast Mini. If you haven't used an Everlast notebook before, here's the gist. The jammy digital guitar has a modular design that users can take apart. Great for musicians on the go, jammy is a digital guitar that can be easily disassembled for traveling and put back together again for playing. with its modular design, the mini-guitar is only 27 inches long when fully assembled and 17 inches long when broken apart, and is comprised of three detachable pieces that snap off easily. images courtesy of jammy the jammy is incredibly lightweight and portable, weighing just three pounds in its entirety. it sports 15 full size frets, real steel strings with adjustable tension, and direct audio output. what’s more, it meets airline carry-on size regulations and is even carry-on compliant. beyond its sleek and compact design, the fact that the jammy is digital means a slew of smart features. as well as a bunch of onboard guitar tones and effects, it can also be automatically adjusted to a variety of popular guitar tunings at the touch of a button. 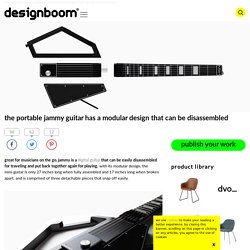 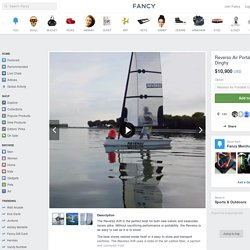 Without sacrificing performance or portability, the Reverso is as easy to sail as it is to store! The boat stores nested inside itself in 4 easy to store and transport sections. The Reverso AIR uses a state of the art carbon fiber, 4 section and unstayed mast. Thisiswhyimbroke. Gator Grip Universal Socket Set. Presenting, the Mosquito Killer Robot (!!) The Laser Movable Mosquito Killer Robot Among the glistening military hardware on display at the MSPO arms fair in Kielce, Poland, what was the most impressive thing on display? 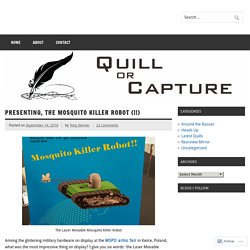 I give you six words: ‘the Laser Movable Mosquito Killer Robot’. Hidden among the vast array of armoured vehicles, air defence systems and air-launched weapons was this display by Chinese company LeiShen Intelligent, which literally screamed about its ‘Mosquito Killer Robot!!’ After a tip-off from a trusted contact, I went to hunt out the Shenzhen-based company, who were more than happy to chat about their product. They’ve essentially taken their 2D LIDAR technology, commonly seen on home cleaning robots, integrated it on a small UGV and stuck a mosquito killing laser on the top. A LeiShen Intelligent representative said while they had yet to make a sale, the company was pitching the idea to hospitals, schools or other public buildings in areas blighted by diseases such as malaria or zika. Thisiswhyimbroke. Lovebox – Il invente une boîte pour envoyer des mots doux à sa fiancée. Voici la Lovebox, une jolie boîte en bois connectée qui permet de recevoir des mots doux à distance ! 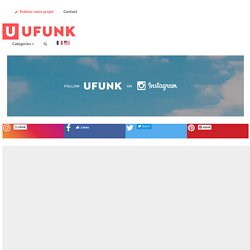 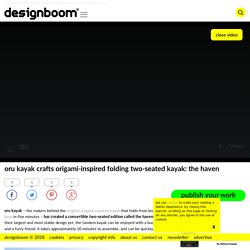 ‘oru believes that connecting to nature is a deep human need, and they strive to make the outdoors more accessible for all people through kayaking,‘ willis continues to tell designboom. Apprenez à souffler le verre avec les cours Vizteo ! K-pak folding boat unfolds from a backpack in minutes. Oct 22, 2016. 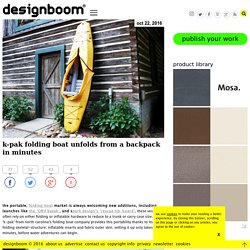 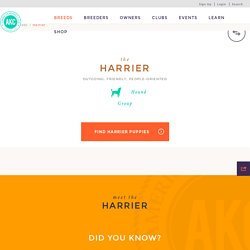 They are very sturdily built with large bone for their size. They must be active, well balanced, full of strength and quality, in all ways appearing able to work tirelessly, no matter the terrain, for long periods. Running gear and scenting ability are particularly important features. The Harrier should, in fact, be a smaller version of the English Foxhound. THOR Hammer Tool Kit. Utilitarian cosplay. 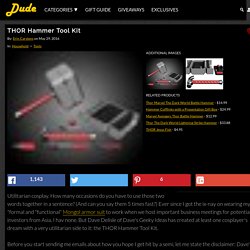 How many occasions do you have to use those two words together in a sentence? (And can you say them 5 times fast?) Ever since I got the ix-nay on wearing my "formal and "functional" Mongol armor suit to work when we host important business meetings for potential investors from Asia, I hav none. Vivid Moon Lamp. Les plus vieille recette écrite du monde est une recette de bière. 3D Animal Panties. Amazon. Mucha Liga Tequila. Wobbling Willy.