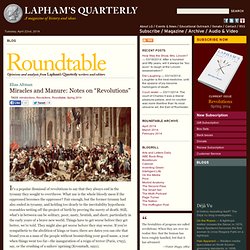 What use is the whole bloody mess if the oppressed becomes the oppressor? Fair enough, but the former tyranny had also ended in tyranny, and holding too dearly to the inevitability hypothesis resembles writing off the project of birth by proving the surety of death. Still, what's in between can be solitary, poor, nasty, brutish, and short, particularly in the early years of a brave new world. Things have to get worse before they get better, we're told. They might also get worse before they stay worse. Sometime during the 1990s, when big-screen adaptations of Regency novels became a near-annual tradition, a strange thing happened: Jane Austen stopped being funny.

In-depth, inappropriate interviews with authors. McSweeney’s Internet Tendency. "Neither highbrows nor lowbrows nor midbrows, but elastic-brows.” — George Orwell. The New Inquiry. 3:AM Magazine. The Rumpus.net. Granta Magazine. The American Reader: a monthly journal of literature and criticism. 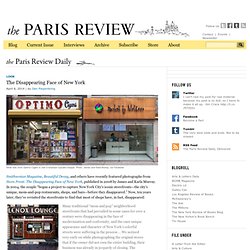 It would be an exaggeration to say that I feel the absence of someone whom I never met—someone who died when I was three—but I do wonder, with something more than mere curiosity, what Barthelme would have made of the past twenty-odd years. These are decades I feel we’ve processed less acutely because he wasn’t there to fictionalize them: their surreal political flareups, their new technologies, their various zeitgeists and intellectual fads and dumb advertisements.

Part of what I love about Barthelme’s stories is the way they traffic in cultural commentary without losing their intimacy, their humanity. But I’m losing the thread. My point is not to reveal a secret wish that Barthelme was my uncle. I wanted to say something about lists. Top 10 Literary Websites: 2013 edition! In 2010, I wrote the most popular post on Category Thirteen, ever. 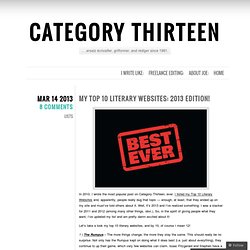 I listed my Top 10 Literary Websites and, apparently, people really dug that topic — enough, at least, that they ended up on my site and must’ve told others about it. Well, it’s 2013 and I’ve realized something: I was a slacker for 2011 and 2012 (among many other things, obvi.). So, in the spirit of giving people what they want, I’ve updated my list and am pretty damn excited about it!

Let’s take a look my top 10 literary websites, and by 10, of course I mean 12! 1 ) The Rumpus – The more things change, the more they stay the same. 2 ) The Nervous Breakdown — I really can’t say enough good things about Brad Listi and the work he puts into his Other People Podcast. Networks, Crowds, and Markets: A Book by David Easley and Jon Kleinberg.

In recent years there has been a growing public fascination with the complex "connectedness" of modern society. 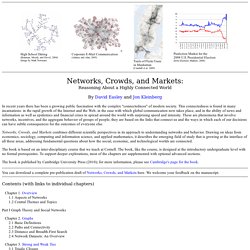 This connectedness is found in many incarnations: in the rapid growth of the Internet and the Web, in the ease with which global communication now takes place, and in the ability of news and information as well as epidemics and financial crises to spread around the world with surprising speed and intensity. These are phenomena that involve networks, incentives, and the aggregate behavior of groups of people; they are based on the links that connect us and the ways in which each of our decisions can have subtle consequences for the outcomes of everyone else.

Познер. LitReactor. Book Haven. 50 Books For An 11-Year-Old. Britain, that most bookish of countries, has seen some heated debate about how many books children should be reading. 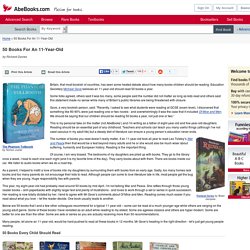 Education Secretary Michael Gove believes an 11-year-old should read 50 books a year. Some folks agreed, others said it was too many, some people said the number did not matter as long as kids read and others said this statement made no sense while many of Britain’s public libraries are being threatened with closure. This is my personal take on the matter (not AbeBooks’) and I’m writing as a father of eight-year-old and five-year-old daughters. Reading should be an essential part of any childhood. Teachers and schools can teach you many useful things (although I’ve not used calculus in my adult life) but a steady diet of literature can ensure a young person’s education never ends.