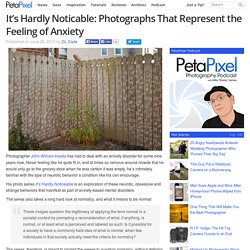 Never feeling like he quite fit in, and at times so nervous around crowds that he would only go to the grocery store when he was certain it was empty, he’s intimately familiar with the type of neurotic behavior a condition like his can encourage. His photo series It’s Hardly Noticeable is an exploration of these neurotic, obsessive and strange behaviors that manifest as part of anxiety-based mental disorders. The series also takes a long hard look at normalcy, and what it means to be normal: These images question the legitimacy of applying the term normal in a societal context by prompting a reconsideration of what, if anything, is normal, or at least what is perceived and labeled as such.

Barbara A Diener. GRF. ETHAN AARO JONES. Rania Matar: Unspoken Conversations examines the universal and complex nature of mother and daughter relationships (PHOTOS). Rania Matar Rania Matar worked as an architect for many years, but while pregnant with her fourth child, she began taking photography classes in order to get better pictures of her children. 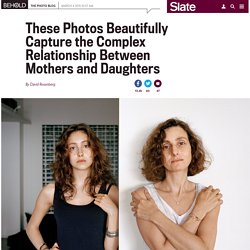 It turned out to be a career-changing moment, launching a body of work that looks at transitional moments in the lives of women. Matar, who is Lebanese and American, was also influenced by her connection to both cultures, especially in light of the events of Sept. 11 that left her feeling confused. “I’m American and I’m Lebanese,” Matar recalled about how she felt during that time. “I thought where am I fitting in on this? She embarked on a project that eventually became the book Ordinary Lives, a collection of images that shows women and children in Lebanon living lives that were exactly what the title implies—something different from what was shown in American media. Watching her daughters grow up brought back similar emotions she had felt as a child moving into adulthood.

Becoming An Image « Heather Cassils. Becoming an Image is a piece that works at the interstices of performance, photography, and sculpture. 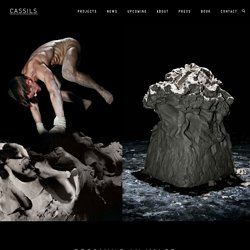 This piece was originally conceived as a site-specific work for the ONE Archives in Los Angeles, the oldest active LGBTQ archive in the United States. Cassils unleashes an attack on a 2000 pound clay block. Delivering a series of kicks and blows in total darkness, the spectacle is illuminated only by the flash of a photographer, burning the image into the viewer’s retina. At Cassils’s solo show at Ronald Feldman Fine Arts, 12 photographs were displayed. They were taken by blinded photographers who captured performances from prior exhibitions in London, Montreal, and Los Angeles.

*Please note the photographs themselves were not necessarily taken in 2012, they just happened to be featured as a POTD this year. 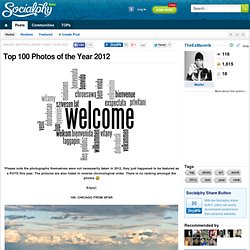 The pictures are also listed in reverse chronological order. 15 awesome illustrators you should know. Is really impressive to see how many talented illustrators there are out there, sharing their work on the Internet. 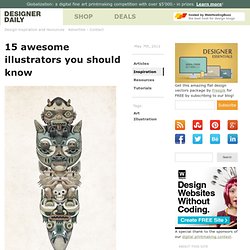 For your inspiration, I have compiled a list of 15 illustrators that rock. 1. Chalk art by David Zinn. David Zinn creates poetic chalk art in the streets of Ann Arbor. 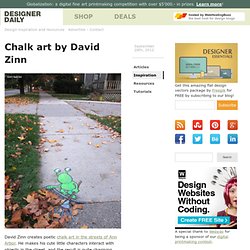 He makes his cute little characters interact with objects in the street, and the result is quite charming. The 30 Best of Animal Photography 2010. Photography is so accepted these days, mainly thanks to the digital rebellion, allowing us to upload our pictures in seconds to our computers. 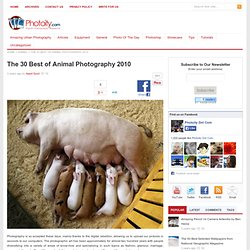 The photographic art has been approximately for almost two hundred years with people diversifying into a variety of areas of know-how and specializing in such topics as fashion, glamour, marriage, representation, etc. One of the most satisfying and pleasing has to exist flora and fauna photography. Of all the genres, wildlife is certainly one of the more tricky to take on board. Unless you are at the zoo or another sort of animal field, you can be execution around continually for weeks and even months to get that one ideal animal instant. 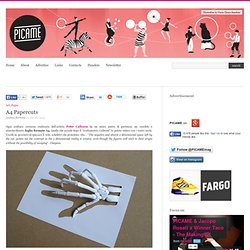 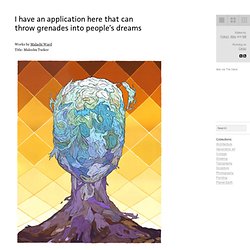 A Mash-Up Of Batman's Gotham City Villains. By Jill Pantozzi | 10:18 am, January 3rd, 2013 <span id="am-ngg-js-warning" ><p>Enable JavaScript to check out our fancy slideshow. 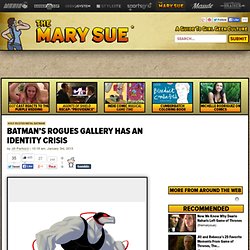 </p></span><br class="clearfix" /><ol class="am-all-on-one-page"><li><span class="am-aoop-title"><span class="am-aoop-number">1. AA_000_updt_by_scarabuss.jpg (622×800) Underwater-photography.jpg (1000×1504) Gravity-Defying Land Art by Cornelia Konrads. German artist Cornelia Konrads creates mind-bending site-specific installations in public spaces, sculpture parks and private gardens around the world. Her work is frequently punctuated by the illusion of weightlessness, where stacked objects like logs, fences, and doorways appear to be suspended in mid-air, reinforcing their temporary nature as if the installation is beginning to dissolve before your very eyes. One of her more recent sculptures, Schleudersitz is an enormous slingshot made from a common park bench, and you can get a great idea of what it might be like to sit inside it with this interactive 360 degree view.

What you see here only begins to sratch the surface of Konrad’s work. You can see much more on her website. 100-history-personalities.jpg (2597×1127) Photographer Recreates His Dreams as Surreal Photographs. Some people use dream journals to record and remember their imaginary nighttime escapades. Israel-based photographer Ronen Goldman uses photographs. Whenever he has a strange dream that he’d like to document, he goes out and recreates that dream as a surreal photograph. Moodstream™ by Getty Images. FISH-1.jpg (1000×783) Escalator by Bildwerker Freiburg. Street Graffiti Art by Mobstr. Via Mobstr - Part II ‘Painting on walls cancelled for the Olympic period, Police Police Police Police‘.

Rashad Alakbarov Paints with Shadows and Light « Cat in water. Artist Rashad Alakbarov from Azerbaijan uses suspended translucent objects and other found materials to create light and shadow paintings on walls. The best part is that you can easily create something similar at home – all you need is one or two lamps and some items from your desk. The stunning light painting below, made with an array of colored airplanes has found its way to exhibitions like the Fly to Baku at De Pury Gallery in London.

Rashad adds, “Above the cloud with its shadow is the star with its light. Claire Morgan. Beautiful hanging installations by Claire Morgan. A crow falling through a plane of strawberries? Yes, please. Halsman-DaliAtomicus(1306x1038).jpg (JPEG Image, 1306 × 1038 pixels) - Scaled (79%) Watch movies online and free movies online. 100 Guitar Riffs - HD Video at Chicago Music Exchange - Alex Chadwick. 11 Pencil Vs. Camera Images. 986 653Share10.7K Born in Abidjan, Ivory Coast and now living in Belgium, Ben Heine is an amazing artist who overlaps hand-drawn works of art with photos to create stunning images. I selected eleven of his Pencil Vs. Camera images from his site, but you should check out all his awesome work if you have time. National Geographic Photo Contest 2011. National Geographic is currently holding its annual photo contest, with the deadline for submissions coming up on November 30.

For the past nine weeks, the society has been gathering and presenting galleries of submissions, encouraging readers to vote for them as well.