How to Plant Ideas in Someones Mind 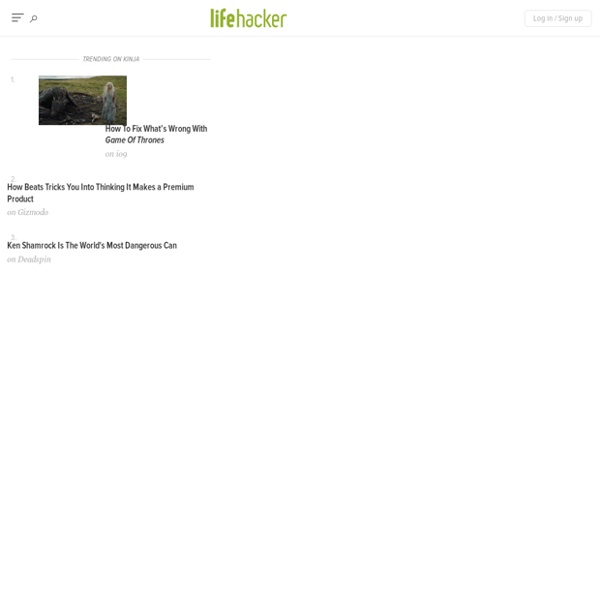 This is really more of a side effect of the way that computer sales work. As a computer salesman, my goal is to pair you with a computer that (a) you'll be able to use to accomplish everything you want to do with a computer, including things you weren't thinking about (games, netflix) but that you'll use the thing for anyway, (b) that is capable of running things that your workplace / school will require of you, and also (c) that fits into your lifestyle well enough that it's something you'll be happy to keep using. If I fail at this job, two things will happen. You'll definitely be upset with me, because I sold you a product that didn't do what you needed. You're also very likely to return the product for a different one, and that hurts my numbers more than me selling you a cheap computer.

Dave Elman Hypnotic Induction - Deep Trance Hypnosis Are you ready to be hypnotized?All hypnosis is self-hypnosis. If you follow my simple instructions, no power on earth can keep you from being hypnotized. You can resist if you want to, but that is not why you are here.

Empathic people are natural targets for sociopaths - protect yourself © Fotolia Olly The empathy trap: therapists and counselors almost by definition are empathic, to facilitate clients' recovery - but this quality can mean those carers are targets for sociopaths, aided by what Dr Jane & Tim McGregor call "apaths". The first UK article on this cruel sport shows how to identify and thus avoid it. People targeted by a sociopath often respond with self-deprecating comments like "I was stupid", "what was I thinking" of "I should've listened to my gut instinct". But being involved with a sociopath is like being brainwashed. The sociopath's superficial charm is usually the means by which s/he conditions people.

A Primer On Oblique Strategizing The Oblique Strategies are a deck of cards. Up until 1996, they were quite easy to describe. They measured about 2-3/4" x 3-3/4". They came in a small black box which said "OBLIQUE STRATEGIES" on one of the top's long sides and "BRIAN ENO/PETER SCHMIDT" on the other side. The cards were solid black on one side, and had the aphorisms printed in a 10-point sans serif face on the other. That was then, and this is now.

How to Detect Lies - body language, reactions, speech patterns Interesting Info -> Lying Index -> How to Detect Lies Become a Human Lie Detector (Part 1) Warning: sometimes ignorance is bliss. The Top 10 Psychology Studies of 2010 The end of 2010 fast approaches, and I'm thrilled to have been asked by the editors of Psychology Today to write about the Top 10 psychology studies of the year. I've focused on studies that I personally feel stand out, not only as examples of great science, but even more importantly, as examples of how the science of psychology can improve our lives. Each study has a clear "take home" message, offering the reader an insight or a simple strategy they can use to reach their goals , strengthen their relationships, make better decisions, or become happier. If you extract the wisdom from these ten studies and apply them in your own life, 2011 just might be a very good year. 1) How to Break Bad Habits

Brainwave/Cymatic Frequency Listing This is a listing of frequencies that various parties have claimed can affect the human mind or body in some way. The following sorts of frequencies are included : Brainwave Frequencies - These are frequencies associated with various mental states. Using brainwave entrainment, you can coax your brainwaves to a certain frequency, and in doing so, achieve the mental state associated with that frequency. "Healing" Frequencies - These are frequencies that various parties claim could be used to heal illnesses of different kinds, or stimulate some region of the body (chakras). The medium used to do this varies - some of these parties used devices that generated EM fields which were applied to a precise part of the body, while others used vibration and sound.

New evidence shows how chronic stress predisposes brain to mental disorders (Medical Xpress)—University of California, Berkeley, researchers have shown that chronic stress generates long-term changes in the brain that may explain why people suffering chronic stress are prone to mental problems such as anxiety and mood disorders later in life. Their findings could lead to new therapies to reduce the risk of developing mental illness after stressful events. Doctors know that people with stress-related illnesses, such as post-traumatic stress disorder (PTSD), have abnormalities in the brain, including differences in the amount of gray matter versus white matter. Gray matter consists mostly of cells – neurons, which store and process information, and support cells called glia – while white matter is comprised of axons, which create a network of fibers that interconnect neurons.

» 11 Ways to Cure Someday Syndrome Editor’s note: This is a guest post from Alex Fayle of the Someday Syndrome blog. Someday Syndrome: not doing what you want to because you don’t know what it is, because you’re procrastinating about it, or because you have too much stuff getting in your way. Everyone suffers from Someday Syndrome at some point in their lives, often catching it repeatedly. For me, most recently, I’d been saying that I really should give running a try without doing anything about it. You probably have something similar going on in your life – a project, a task, a goal – that you just haven’t got around to doing yet.

10 Ways to Instantly Build Self Confidence Self confidence is the difference between feeling unstoppable and feeling scared out of your wits. Your perception of yourself has an enormous impact on how others perceive you. Perception is reality — the more self confidence you have, the more likely it is you’ll succeed. Although many of the factors affecting self confidence are beyond your control, there are a number of things you can consciously do to build self confidence.