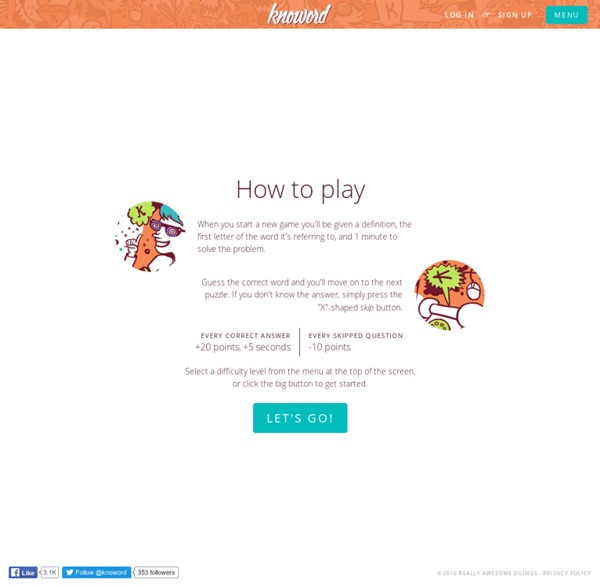 Learning Registry The Learning Registry is not intended to be your portal into the world of digital resources but rather a conductor that developers can use to create the user-friendly and tailored tools you need. You are currently looking “behind the scenes” of some tools that you already enjoy. While you are welcome to take the Learning Registry for a test drive below, the primary audiences for this site are publishers and developers who, together, can create the user-friendly, tailored tools you are looking for. Check Out Some of the Current Tools and Apps Available There are a growing number of developers generating tools for educators that are powered by the Learning Registry. You can check out tools created for more specific audiences of educators on the page of Community Projects.

Celebrate Roald Dahl 100 With Teaching Ideas! 2016 marks 100 years since the birth of the popular children's author Roald Dahl and schools around the world are celebrating with a wide range of classroom activities. To help you to prepare, we have created this list of some of our most popular Roald Dahl teaching, activity and display resources. Teaching Ideas and Classroom Activities: Organise your own Roald Dahl Day with the ideas in this post.

UK slang for international students By Sophie Cannon at Education UK, 27 January 2014 'Hiya mate, fancy a cuppa and a chin-wag?' 'I can't sorry pal, I'm skint. Gutted!' English language Facts English is currently one of the most widely spoken and written languages worldwide, with some 380 million native speakers. English is spoken by one out of every six people in the world. It is the primary language of the United States, the U.K., Australia, New Zealand and, partly, Canada. English Language History English is an Anglo-Frisian language brought to Britain in the 5th Century AD by Germanic settlers from various parts of northwest Germany. How British English and American English are Different Many Americans who love tea would turn up their noses at the idea of adding milk to it. Brits, on the other hand, are known for lacing their strong tea with milk. With or without milk, tea is tea.

12 Horrible Gobbledygook Words We Reluctantly Accepted Just as there is nothing certain in this world but death and taxes, there is nothing certain in language but that it will change, and that people will react badly. One of the changes people find most offensive is the spread of professional jargon that has been coined to replace simpler, clearer words we already have. Anyone up for some collaborative incentivizing going forward? No? Well, maybe one day your great-grandchildren will be.