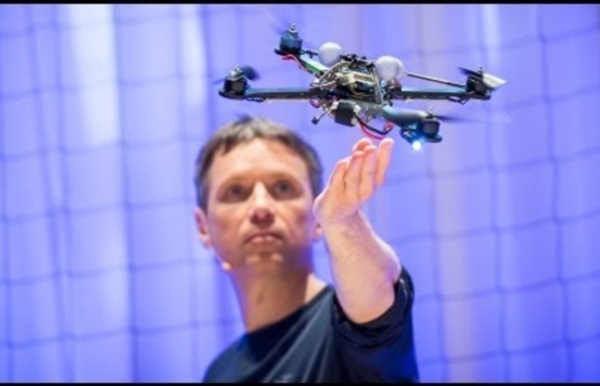 This video is currently unavailable. Sorry, this video is not available on this device. Video player is too small. Play Pause Replay

Educational Technology: Effectiveness of Computers in Education Computers are increasingly being incorporated into school curriculums. Teachers present processes and concepts using programs such as Powerpoint, and students can utilize visual models and word processor to enhance their learning experience. Are Computers Effective at instructing students to retain information better? Some studies show a dramatic increase in performance while others show that CAI has small to moderate-sized positive effects on achievement (Avrim, 2000).

the renewable battery by Jason Rugolo We want to clean up the battery industry. We are proud to offer superior batteries at a better price, along with the earthCell mailer for super-convenient recycling through us. Zero waste. Internet Addiction 'Disrupts Teenage Brains' As Much As Alcohol And Cocaine, Chinese Study Claims Internet addiction disrupts nerve wiring in the brains of teenagers, a "groundbreaking" study has found. Similar effects have been seen in the brains of people exposed to alcohol, cocaine and cannabis. The discovery shows that being hooked on a behaviour can be just as physically damaging as addiction to drugs, scientists believe.

Firmware for X-T1 Please read this update after refreshing this page. * In case of Internet Explorer and Google Chrome, hold down the control key and press the F5 key.* In case of Safari, hold down the control key and press "R" key. Detail of the update Global Village Construction Set by Marcin Jakubowski Open Source Ecology is a network of farmers, engineers, and supporters building the Global Village Construction Set - a modular, DIY, low-cost, open source, high-performance platform that allows for the easy fabrication of the 50 different industrial machines that it takes to build a small, sustainable civilization with modern comforts. The aim of the GVCS is to lower the barriers to entry into farming, building, and manufacturing. Its a life-size lego set that can create entire economies, whether in rural Missouri, where the project was founded, or in the developing world. So Far we’ve prototyped 8 of the 50 Machines and we’ve been expanding rapidly. We are 100% crowd-funded. We have 400 True Fans that support our work monthly.

Internet addiction changes brain similar to cocaine: Study (CBS) Can a person be truly addicted to the Internet? A new brain scan study shows not only can that be the case, but also that Internet addiction might cause the same brain changes that are seen in alcoholics and drug addicts. For the study, published in the Jan. 11 issue of PLoS One, researchers studied 17 men and women who were diagnosed with Internet addiction disorder (IAD) and compared scans of their brains to scans of 16 healthy people who weren't addicted to the web. Study participants were between the ages of 14 and 21 and lived in China.

Glowing Plants: Natural Lighting with no Electricity by Antony Evans Collections Sections Categories On Our Radar Technology addiction disrupts teenage learning (PhysOrg.com) -- Technology addiction amongst teenagers is having a disruptive effect on their learning, according to new research published today by Cranfield School of Management (UK). Over a third (39.3%) of 11-18 year olds surveyed admitted that text shortcuts damaged the quality of their written English, particularly in terms of spelling. Commenting on the results, Andrew Kakabadse, Professor of International Management Development at Cranfield School of Management said: “Our research shows that technology obsession hinders spelling skills, implicitly encourages plagiarism, and disrupts classroom learning. Despite school policies restricting mobile phone usage, students use the phone frequently, with the majority making calls from the toilets. The mobile phone continues to be a prime channel of social communication during the school day.”