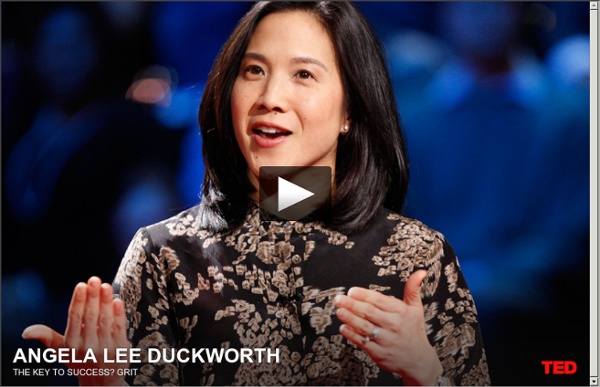 Exactly What The Common Core Standards Say About Technology The Common Core Standards, the national academic standards for K-12 schools in the United States, have now been adopted by 47 of the 50 states in the U.S. This makes them the pre-eminent source of what is being taught in the vast majority of public schools in America. Much has been made in the blogosphere and across social media of the changes compared to former academic standards that were dictated at a state level. Reactions usually involve the added demand these standards place on text complexity and general rigor. Since they’re only available for English-Language Arts and Math, it’s difficult to get a full picture for how they will impact public education, but some inferences can be made based on the set of ELA standards. TeachThought’s focus is on the intersection of education and technology, and the Common Core certainly takes aim at in-depth student technology use.

Austin Kleon on 10 Things Every Creative Person Should Remember But We Often Forget by Maria Popova What T.S. Eliot has to do with genetics and the optimal investment theory for your intellectual life. Much has been said about the secrets of creativity and where good ideas come from, but most of that wisdom can be lost on young minds just dipping their toes in the vast and tumultuous ocean of self-initiated creation. Some time ago, artist and writer Austin Kleon — one of my favorite thinkers, a keen observer of and participant in the creative economy of the digital age — was invited to give a talk to students, the backbone for which was a list of 10 things he wished he’d heard as a young creator: Absolutely free stock photos websites The web is awash with free stock photo websites. Some are generic submit-your-own sites such as photo monolith Flickr, whereas others cater for specialised niche markets such as high quality travel photos, landscapes, people and macro photography. Many stock image providers such as Istockphoto.com charge per image download. However there are some hidden gems that offer absolutely free stock photos in return for the publicity generated. Most other stock photography websites fit somewhere in between. Photos free for personal and commercial use

Brainstorming Doesn't Work; Try This Technique Instead Evan Rosenbaum was 2 years old when his father brought home the Power Macintosh 7100. This was 1994, and the 7100, a new personal computer from Apple, was a hefty gray console, hardly anything to look at. (It would be three years before Steve Jobs fatefully met the designer Jony Ive.) Nevertheless, the computer was cutting edge at the time, and Rosenbaum’s father, Howard, an accountant with entrepreneurial aspirations, unboxed it with delight.

WES Media Center Infographic - Reflective Practice My snapshot of the current school year isn't focused on circulation statistics, but my accomplishments and objectives for the remainder of the year. We often overlook the importance of reflection, focus on what our students are reading, and fail to plan beyond the required classroom lessons. This leaves little time and energy for growth, sharing and development of ourselves and our peers, which results in a lack of creativity and focus. It's important to note our successes and pitfalls and share them with others, promote lifelong learning and reading by our example and be bold in the setting of goals.

Technology Can Save Onboarding from Itself Competition among the most innovative companies is growing ever more heated for one of the most highly-coveted resources on the market: talented employees. But sadly, too many new hires slip away because of a poor initial experience with their new companies. Consider the following statistics, which represent broad data in the United States: Nearly 33% of new hires look for a new job within their first six months on the job. (Among Millennials, that percentage is even higher … and it happens earlier.) Twenty-three percent of new hires turn over before their first anniversary.

My Big Fat Secret to Holding Kids Accountable for Reading “Does he really want us to read every day?” I overheard one of my rambunctious boys ask the kid next to him. It was only the first week of school. I think it’s important to be strong and clear with expectations early on. “Every day of your life for the rest of your life,” I answered with a smile. “But,” I was quick to add, “you probably won’t. What is PBL? Project Based Learning is a teaching method in which students gain knowledge and skills by working for an extended period of time to investigate and respond to an engaging and complex question, problem, or challenge. In Gold Standard PBL, Essential Project Design Elements include: Key Knowledge, Understanding, and Success Skills - The project is focused on student learning goals, including standards-based content and skills such as critical thinking/problem solving, collaboration, and self-management. Challenging Problem or Question - The project is framed by a meaningful problem to solve or a question to answer, at the appropriate level of challenge.

Practical PBL: The Ongoing Challenges of Assessment In recent years, most students in my project-based AP Government classes have indicated, in both class discussions and anonymously on surveys, that they prefer project-based learning to a more traditional classroom experience. They find PBL more fun and believe that it leads to deeper learning. However, two types of students often resist this model. Students of the first type generally do not enjoy school at all, and are looking for the path of least resistance. Because a PBL classroom is student-centered and calls on students to produce, less-motivated students will find it more difficult to "hide" and be left alone.