Success Stories of the Fastest Internet Millionaires. Alex Tew Website: MillionDollarHomepage Age at the time: 21 years Time taken: 5 months The innovative idea of creating The Million Dollar Homepage crossed Alex Tew’s mind while he was still a student at the University of Nottingham; and needed money to fund his further education. 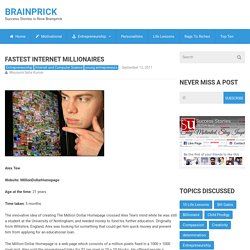 Originally from Wiltshire, England, Alex was looking for something that could get him quick money and prevent him from applying for an educational loan. How to Build a Profitable Niche Authority Site — How An Ex-Con Turned His Life Around And Built an $80k per Month Ecommerce Business. This is a guest post by Robert Nava, owner of National Parks Depot. 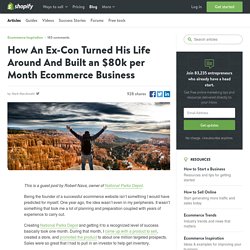 Being the founder of a successful ecommerce website isn’t something I would have predicted for myself. One year ago, the idea wasn’t even in my peripherals. It wasn’t something that took me a lot of planning and preparation coupled with years of experience to carry out. Creating National Parks Depot and getting it to a recognized level of success basically took one month. How Luxyhair.com Built a Seven-Figure Ecommerce Business With YouTube Marketing. When Alex Ikonn and his wife Mimi realized how hard it was to find good hair extensions, they knew they had stumbled on a business opportunity. 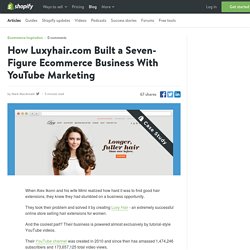 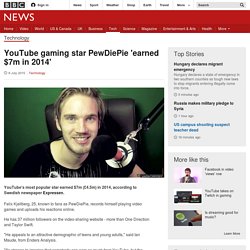 Felix Kjellberg, 25, known to fans as PewDiePie, records himself playing video games and uploads his reactions online. He has 37 million followers on the video-sharing website - more than One Direction and Taylor Swift. "He appeals to an attractive demographic of teens and young adults," said Ian Maude, from Enders Analysis. Michelle Phan: From YouTube Star to $84 Million Startup Founder. Do not underestimate the YouTube makeup-tutorial starlet. 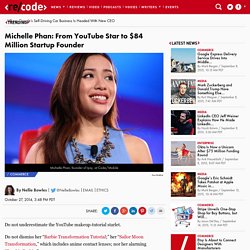 Do not dismiss her “Barbie Transformation Tutorial;” her “Sailor Moon Transformation,” which includes anime contact lenses; nor her alarming “Zombie Barbie.” Because Michelle Phan — with more than a billion views on YouTube and seven million followers; her own L’Oreal line and lifestyle media network; booming e-commerce beauty startup called Ipsy; and a new book — is teaching more people how to decorate their faces than perhaps anyone else in the world. The ferocious 27-year-old mogul had a modest start with her family — living on food stamps at one point — and now has a company with an $84 million annual sales run-rate. She has 700,000 subscribers who receive her Glam Bags — little sacks of makeup samples — for $10 a month. How To Start A 6 Figure Lead Generation Business Today. Welcome to the first day of your new life as an entrepreneur. 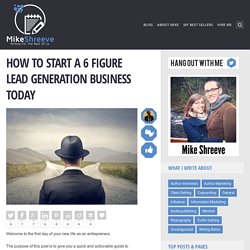 The purpose of this post is to give you a quick and actionable guide to making your first money as a true entrepreneur not just as somebody trying the newest “shiny object” method or technique. What this post is going to do for you is to give you the groundwork and foundation to building a real and solid business utilizing something that you probably spend a lot of time on anyways – the warrior forum. I am certainly not advocating launching warrior special offers (waste of time), I am talking about a huge opportunity that is going completely unnoticed and underutilized. It was one of the first ways that I made money “online” and if you track back through some of my previous warrior forum posts you will find me trying to hustle up some business doing this particular program. So, let’s get started! 7 Simple Millionaire Fundamentals  By Matt Bacak People always want to know how to make a million dollars. 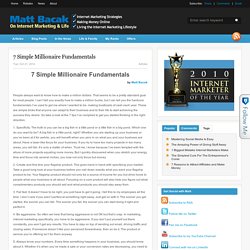 That seems to be a pretty standard goal for most people. I can’t tell you exactly how to make a million bucks, but I can tell you the hardcore fundamentals I’ve used to get me where I wanted to be- making boatloads of cash each year. How Facebook's video-traffic explosion is shaking up advertising. Cenk Uygur can pinpoint the day he realized that Facebook FB video was going to rewrite his business model. 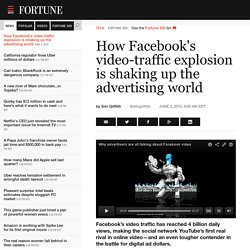 It was April 6, the day his digital-video startup, TYT Network, uploaded a clip to the social network called “Teachers Sent to Jail FOR DECADES.” The video didn’t strike Uygur as anything special—just a typical example of his network’s progressive news commentary. Former student stitches up the real million-dollar deal. Six months ago, Ben Cardwell was a struggling university student working part-time in a petrol station and living at home with his parents — now he has a company that has leapt to $1.5 million in sales and has just featured in an Australian business publication that has been translated into multiple languages. 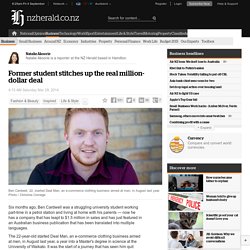 The 22-year-old started Deal Man, an e-commerce clothing business aimed at men, in August last year, a year into a Master's degree in science at the University of Waikato. It was the start of a journey that has seen him quit university to concentrate on the business which is attracting sales all over the world. The Deal Man website was initially slow until Mr Cardwell, from Cambridge, was offered an advertising voucher by social media site Facebook.

Facebook Ads — Teespring University. A few tips in getting started: Check out our in-depth tutorial on how to design your ad in Photoshop for free online.Remember to pick the image most suited to your Teespring campaign for your audience - if you’re advertising a product to people in Florida during a heatwave, you probably don’t want to show them a hoodie. 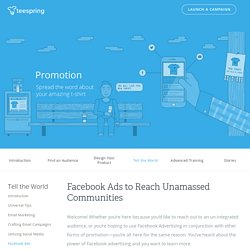 You want your image to stand out. To make your product pop, use a background ad color that is already in the design of your shirt. The opposite of your shirt color looks good, too.Add free badges to give your ad some flare!