China's Alipay takes on Apple in US expansion. Image copyright Getty Images Alipay, the Chinese digital payment giant owned by ecommerce giant Alibaba, is expanding in the US. 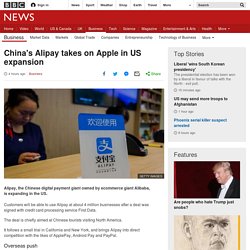 Customers will be able to use Alipay at about 4 million businesses after a deal was signed with credit card processing service First Data. The deal is chiefly aimed at Chinese tourists visiting North America. Libor – what is it and why does it matter? Libor, the London inter-bank lending rate, is considered to be one of the most important interest rates in finance, upon which trillions of financial contracts rest. 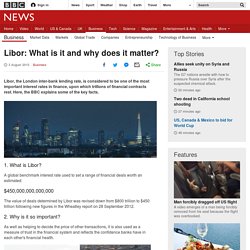 Here, the BBC explains some of the key facts. 1. What is Libor? A global benchmark interest rate used to set a range of financial deals worth an estimated: The value of deals determined by Libor was revised down from $800 trillion to $450 trillion following new figures in the Wheatley report on 28 September 2012. 2. As well as helping to decide the price of other transactions, it is also used as a measure of trust in the financial system and reflects the confidence banks have in each other's financial health. Mortgages Loans Inter-bank lending Indicator of trust Reflects health of banks. Bank of America’s Michelle Moore explains why Erica is the future voice of the bank - Charlotte Business Journal. Michelle Moore is Bank of America's head of digital banking, based in Charlotte. 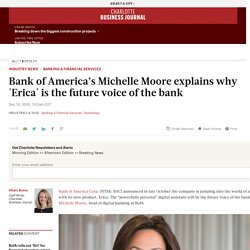 Photo courtesy of Bank of America Bank of America Corp. (NYSE: BAC) announced in late October the company is jumping into the world of artificial intelligence with its new product, Erica. The “powerfully personal” digital assistant will be the future voice of the bank, according to Michelle Moore, head of digital banking at BofA. Cheating Frenchman sues Uber for tipping off wife about affair. Image copyright AFP A businessman in southern France is suing ride-hailing company Uber over his wife's discovery of rides he took to see his lover, his lawyer said. 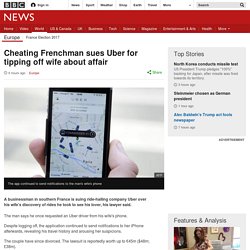 The man says he once requested an Uber driver from his wife's phone. Despite logging off, the application continued to send notifications to her iPhone afterwards, revealing his travel history and arousing her suspicions. Barclays tests smartphone cash withdrawals. Image copyright Barclays Barclays is trialling new cash machines that allow customers to make withdrawals via their smartphones. 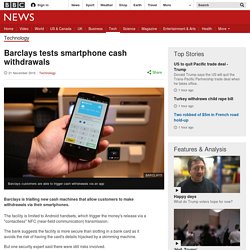 The facility is limited to Android handsets, which trigger the money's release via a "contactless" NFC (near-field communication) transmission. The bank suggests the facility is more secure than slotting in a bank card as it avoids the risk of having the card's details hijacked by a skimming machine. But one security expert said there were still risks involved. Adobe Sign, e-signatures online, formerly EchoSign. Will paper receipts become a thing of the past? Image copyright Thinkstock Tesco is trialling a system where an e-receipt is sent to the customer instead of a paper print out. 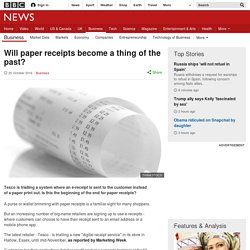 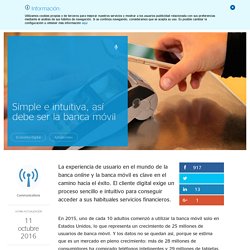 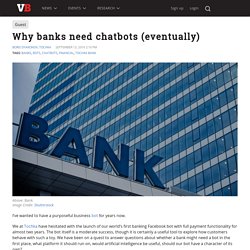 China Sets Ceilings on Peer-to-Peer Credit. BEIJING—Chinese authorities have imposed new rules to curb an unruly segment of online lending, capping the amount of credit available for borrowers and limiting the products the platforms can offer. 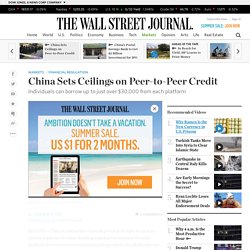 The new rules issued Wednesday take aim at internet-based platforms that have experienced explosive growth catering to smaller borrowers usually passed over by the state banking system. Known as peer-to-peer lenders because they are supposed to match small-scale lenders and borrowers, these platforms have expanded to offer a range of high-yielding investments, with nearly $100 billion worth of loans outstanding. Some have imploded, leaving trails of debt and protests. Under the regulations, individuals are restricted to borrowing up to 200,000 yuan, about $30,000, from a single peer-to-peer, or P2P, platform and 1 million yuan total from different P2P lenders. For companies, the caps are 1 million yuan on a single platform and 5 million yuan in aggregate. U.S. banks want to cut branches, but customers keep coming. Banks turning to voice recognition.

Image copyright PA Voice as a form of secure ID is becoming more widespread, with Barclays announcing it is using the technology for telephone banking customers. 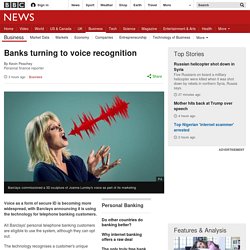 All Barclays' personal telephone banking customers are eligible to use the system, although they can opt out. The technology recognises a customer's unique formation of words, cancelling the need for security questions or passwords. The medium is the Messenger. If you’re not already thinking about what your product looks like in a messaging application, it may betoo late. Introduction to (e)BAM - Electronic Bank account management - Treasury PeerTreasury Peer. This is the current eBAM Best Practice. eBAM is short for “electronic Bank Account Management”. If the processes are not fully automated we talk about BAM without the “e”.

This text was uploaded August 28, 2014. Tailoring the customer experience. Multichannel vs Omni-Channel Marketing - Jennifer Polk. Do you practice multichannel marketing or omni-channel marketing? Is it merely semantics or is there a material difference? If there is a difference, then why should marketers favor one over the other? Maybe we’re talking semantics. Many marketers use omni-channel marketing and multichannel marketing interchangeably without giving much thought to the nuances. APIs - Wells Fargo's Bid to Vanquish Screen Scraping. Brett Pitts has had enough of screen scraping, and he has a strategy to end the archaic method for accessing bank accounts at Wells Fargo and the industry at large. On Tuesday, Wells was set to announce that it's created an API, or application programming interface, so small businesses can have their bank account data poured directly into the accounting software provided by Xero. Bot Framework. Banks should cap overdraft fees, says competition watchdog.

Image copyright PA Banks should cap unarranged overdraft fees and warn customers before they go overdrawn, the competition watchdog has said. The Competition and Markets Authority says this and other measures could save bank customers £1bn over five years.