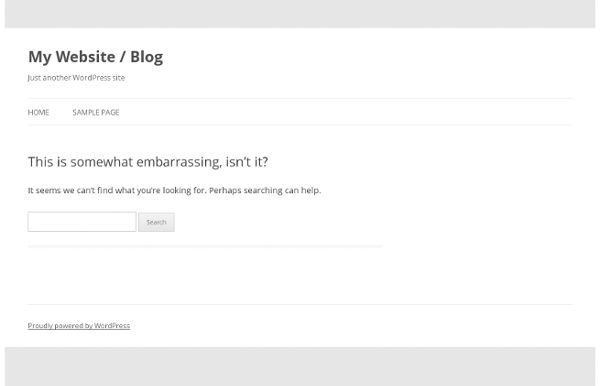 When I was a little kid, around every New Year’s, my mom and grandma would sit down and make Mandu {Korean version of potstickers or wontons} all day to make Teokguk {Korean version of wonton soup} and I’d just sit with them trying to help out. I remember trying to help out making my own Mandu, though not really successfully. Then my mom and grandma made their own mandu skins from scratch… And now… how grateful I am that I can get premade mandu skins so easily… although I think I should try and make my own skins sometime… It’s definitely on my to-do list. But until then, these premade wonton skins would do. I’ve been looking for ways to use these little yummies in different kinds of cooking. I’ve always used wonton skins for just wontons… Then I saw that you can use wonton skins for ravioli… So I thought there must be other ways to use the skins, too. When I saw that you can use wonton skins to make little tacos, I immediately experimented with the idea. Baked Wonton Tacos

Enchilada Veggie Quesadilla Do you have a case of the Mondays? And if you are’t sure what that means, watch Office Space. Such a good flick! Crazy Hot Dogs at WomansDay.com - Gross Hot Dog Recipes Bored with the simple meat-and-bun duo and its traditional mustard, ketchup and relish toppings? You're in luck. The hot dog—in all its finely-ground glory—is ever ripe for a wacky culinary reinvention. Curious ourselves, we searched far and wide for the craziest creations. From a deep fried French fry-encased frankfurter on a stick to a hot dog pierced with spaghetti noodles, these 10 variations on the famous ballpark snack will have you saying “hot diggity dog” in disbelief. Ditch Dogs

French Garlic Soup Home >> Recipes Simple and healthy garlic soup from the Provence. I found this healthy French garlic soup in the Larousse de la cuisine des familles, presented as a family recipe from a Provence mama. 32 Quick and Delicious Salad Dressings...Ready In a Pinch Source All too often I find myself reverting to the same two or three salad dressings. This makes for routine greens which can get kind of boring. So I have put together a list of easy and delicious dressings that you can bookmark for later.

I'm Hungry...: Zucchini & Sweet Potato Latkes Before I get to the yummy latkes recipe, I just have a few updates for you… First, my microwave crisis is over thanks to my generous in-laws who surprised me with a new one this week. They were already the best in-laws ever, but this definitely edges them into in-law super star status! Thanks so much guys, love you bunches! But no, I won’t be popping out another grandchild for you anytime soon – there is a limit to what I’m willing to do to show my gratitude! ;) XO Pork Tenderloin and Caramelized Onion Enchiladas in a Homemade Enchilada Sauce Pork Tenderloin and Caramelized Onion Enchiladas in a Homemade Enchilada Sauce My husband was in the mood for Mexican food so I made these enchiladas for dinner. I made a homemade sauce that turned out to be spicy, flavorful, and really delicious.

Creamy Caprese Pasta Sigh. It’s Monday. I know. You probably don’t have a smile on your face. Maybe you woke up 35 minutes late and couldn’t wash your hair. Dumped hot coffee on your new white shirt? Baked Zucchini Sticks and Sweet Onion Dip: that bloomin' zucchini! Today, class, it being late July and all, we’re going to examine our zucchini facts: •Zucchini is always at the end of any A-to-Z food list; •Zucchini and fruitcake are the undeserving targets of many a joke; •The zucchini plant literally grows like a weed, making it absolutely ubiquitous in vegetable gardens across America; •And for that reason, enterprising cooks have discovered ways to turn it into muffins, and cake, and pancakes, and… Baked Zucchini Sticks. You know that onion appetizer that came into bloom back in the late ’80s?

Chipotle style Cilantro Lime Rice Recipe Have you ever been a situation when you wanted to throw out all things complicated - be it from serious life to career issues to as simple as clearing out a crumpled up wardrobe to your bookshelf? Ah! I know how it feels. Sometimes I feel that we all make things too complicated when they need not be. A simple solution is all it probably needs. Simplicity is the best cure for most of our problems but well, it can be the hardest thing to get (what a paradox!).

Homemade Strawberry Fruit Leather | Weelicious If you follow weelicious on Twitter or Facebook, you may have read about my recent fruit leather obsession. My kids love fruit roll-ups and while there are some great brands out there made with just fruit, I know can save a ton of dough making it myself. While I haven't spent a lot of money trying to figure it out, I have spent a lot of time! As of today, I've made 15 (yes, fifteen!!!!) batches of strawberry leather in an effort to perfect the recipe. It's been a frustrating challenge to say the least, especially when making fruit leather seems so easy in principal. Southwestern Sloppy Joes with Avocado Slices I had a craving for Sloppy Joes and Mexican food so I decided to combine the two and make Southwestern Sloppy Joes. I found a Cuisine at Home recipe that I adapted to suit my families tastes and utilizing the ingredients I had on hand. These Sloppy Joes were super quick and easy to make, they made the house smell terrific, and they tasted fantastic.

Azerbaijani Dushbara Some friends invited me over for an Olympic potluck, where each guest was tasked with bringing a dish from a different country. Because I can sometimes be a bit of an ass, I dared them to give me the toughest country they could think of. Because they decided call my bluff, they assigned me Azerbajian, which I am pretty sure they got by spinning a globe and randomly pointing at it. I studied the country's cuisine for an hour or so, and this is the dish I decided to cook.

100 Greatest Cooking Tips (of all time!) 1. Remember, y'all, it’s all about the prep. Take away the stress by doing the prep the night or day before. You'll look like a star.Paula Deen Paula’s Best Dishes Pan-fried Moroccan Chicken Recipe Step 1 Place chilli, chilli flakes, garlic, lemon juice, cinnamon, cumin, sultanas, pine nuts, half the olive oil and 1 teaspoon salt in a bowl. Mix well. Add chicken and refrigerate for 30 minutes. Step 2 Heat the remaining olive oil in a large frypan.