ROLLIN` SAFARI - what if animals were round? 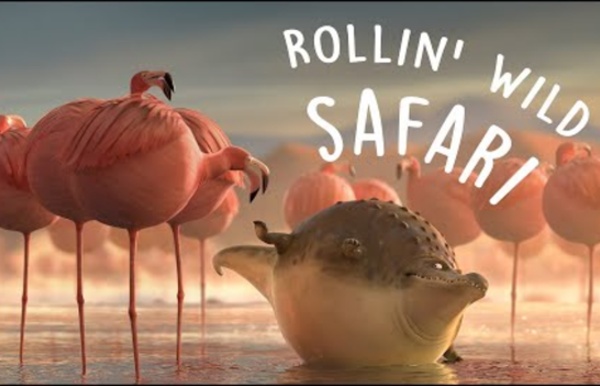 Take college and university courses online completely free In recent years massive open online courses (MOOCs) have become a trend in online education. The term was coined in 2008 by David Cormier, manager of web communications and innovations at the University of Prince Edward Island. The first MOOC was created the previous year, at Utah State University. Today, there are hundreds of thousands of courses available online at no cost. Meet the 20-Year-Old Who Built a YouTube Product Review Empire Robyn Twomey Marques Brownlee is a YouTube sensation. The tech-review prodigy has 1.8 million subscribers—more followers than Kanye West, Marvel, or Disney Animation. Under the username MKBHD, he tests everything from cameras and headphones to Google Glass and the latest Tesla. This summer he got his hands on a sapphire crystal display rumored to be for the iPhone 6.

Something surprising happens to your body when you freedive Featured image: Photo of freediver Hanli Prinsloo by Annelie Pompe. In 1949, a stocky Italian air force lieutenant named Raimondo Bucher decided to try a potentially deadly stunt off the coast of Capri, Italy. Bucher would sail out to the center of the lake, take a breath and hold it, and free-dive down one hundred feet to the bottom. How to Study Abroad in Europe Without Breaking The Bank by Robert Montenegro Studying abroad is awesome. Anyone who has the opportunity to do so yet opts not to is really missing out. I personally believe immersing yourself in another culture makes you a better, more empathetic person. It's the whole "seeing the world through other people's eyes" thing. The whole experience is also loads of fun and, depending on how you play your cards, a relatively affordable way to see parts of the world you'd otherwise not be able to visit.

Stunning, psychedelic images where art and science collide In his TEDGlobal 2013 talk, Fabian Oefner shares breathtaking images at the nexus of art and science, which beautifully capture unique moments of physical and chemical drama. Formally trained in art and design, Oefner says that he has always been interested in science. Though he can’t pinpoint the exact moment when he became interested in pairing his two loves, he views both pursuits as inextricably linked by a crucial bond: “The most important quality of science or art is curiosity,” Oefner tells TED.

Scientists Build A Supercomputer From PlayStations To Study Black Holes Government funding for research is becoming increasingly difficult to come by due to ongoing global economic instability, which is why many scientists are forced to look elsewhere to keep their research projects alive. Some are turning to crowdfunding, which is now allowing the UK to explore the moon, whereas others are practicing being thrifty. Dr. Gaurav Khanna is a perfect example of the latter, as he has managed to make an extremely cheap supercomputer using PlayStation 3 (PS3) games consoles.

Look-ahead 2015: Fly into the future and other predictions 2 January 2015Last updated at 10:12 ET By Fiona Graham Technology of business reporter, BBC News This is a not uncommon reaction to reading the Technology of business predictions for the coming year The tree might still be up, but I wouldn't advocate finishing off the last of the turkey unless you're keen to have a good reason to call in sick on Monday. What the best education systems are doing right In South Korea and Finland, it’s not about finding the “right” school. Fifty years ago, both South Korea and Finland had terrible education systems. Finland was at risk of becoming the economic stepchild of Europe.

Is Fan Art Illegal? If you’ve ever been to an Artist’s Alley at a comic convention, the thought, Can this be legal? has surely jumped into your head. Easily half the artists exhibiting at any mainstream Comic Con or Anime Show make and sell fan art. And by “fan art” I mean merchandise featuring characters the artist does not own: prints, buttons, tee shirts, key chains, hats, tote bags—I even saw Captain American mittens at the last show I attended. And if you count the amount of artists who offer one-of-a-kind, original commission sketches of copyrighted characters, the percentage shoots way higher.