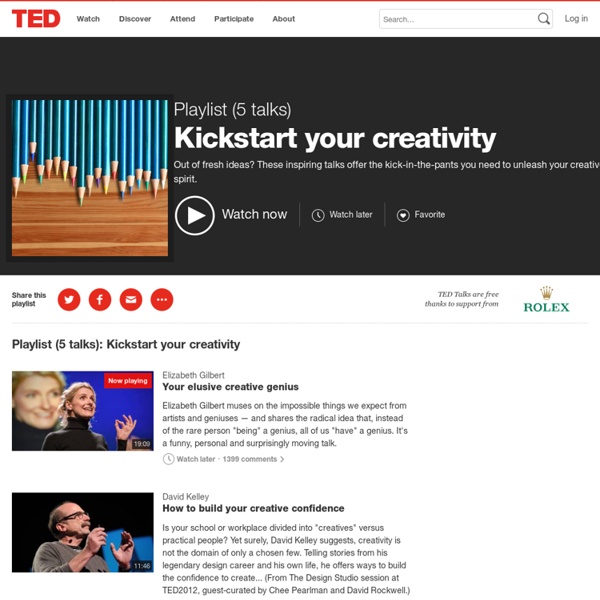 How to Study Abroad in Europe Without Breaking The Bank by Robert Montenegro Studying abroad is awesome. Anyone who has the opportunity to do so yet opts not to is really missing out. I personally believe immersing yourself in another culture makes you a better, more empathetic person. Across the pond in the UK, the British Council supports its exchange students in Europe through the Erasmus+ program. My program in Germany was designed so that independent travel around the continent was encouraged. Another thing that should almost go without saying is that your travel accommodations should always be low budget hostels. Take a look at Lacey's full article (linked below) and let us know your thoughts. Read more at The Guardian Photo credit: Andreas Zerndl / Shutterstock

Writing a Novel – What You Need To Know Welcome to the world of the author. It’s a magical world of puppies and kitties and other creatures with eyes that’ll give you nightmares for years to come. I know they give me nightmares. In any case, you’re likely on this site reading this because you have a story in your head that you want to share with the world. And like many who are new to this world, you want to know how your work can achieve its full potential. You see, a novel isn’t just a bunch of words telling a simple tale…well it could be, but then it would be a pretty boring waste of paper, and I’m certain that this isn’t what you’re trying to write. To do any of these things, you have to write something that is good, very good, brilliant even. The first thing you need to do is break your story into parts. These four parts are essential to the novel as a whole, since they work together much like a complex machine. With John Milton, he put too much emphasis on describing in his work ‘Paradise Lost’. Pacing Twists and turns

Why the eff didn’t you watch these TED Talks? The 2014 edition At the end of every December, we at the office get a little indignant that some of our favorite TED Talks from the year didn’t seem to do as well as we’d hoped. Some amazing talks, for whatever reason — whether they’re too absurd, niche or quirky, or simply were posted at a less than ideal time — don’t resonate at first blush with our audience. Below, my picks for the top 10 great talks you might have missed this year, with mild to medium spiciness. 1. 2. 3. 4. 5. 6. 7. 8. 9. 10.

Innovation: What Steve Jobs Said About Creativity “Originality depends on new and striking combinations of ideas.” — Rosamund Harding In a beautiful article for The Atlantic, Nancy Andreasen, a neuroscientist who has spent decades studying creativity, writes: [C]reative people are better at recognizing relationships, making associations and connections, and seeing things in an original way—seeing things that others cannot see. … Having too many ideas can be dangerous. Part of what comes with seeing connections no one else sees is that not all of these connections actually exist. The same point of view is offered by James Webb Young, who many years earlier, wrote: An idea is nothing more nor less than a new combination of old elements [and] the capacity to bring old elements into new combinations depends largely on the ability to see relationships. A lot of creative luminaries think about creativity in the same way. In one particularly notable excerpt Jobs says: Creativity is just connecting things.

Stunning, psychedelic images where art and science collide In his TEDGlobal 2013 talk, Fabian Oefner shares breathtaking images at the nexus of art and science, which beautifully capture unique moments of physical and chemical drama. Formally trained in art and design, Oefner says that he has always been interested in science. Though he can’t pinpoint the exact moment when he became interested in pairing his two loves, he views both pursuits as inextricably linked by a crucial bond: “The most important quality of science or art is curiosity,” Oefner tells TED. “That’s what keeps me going and always finding something new.” On the TED stage, Oefner demonstrates the science at work behind three of his photographs. For an imagination-friendly, explanation-free viewing of Oefner’s work, watch the first 45 seconds of his talk. Morton Bast is TED’s Community Mentor and Editorial Assistant.

Writing a Book – Finding Time You want to write a book, and have been wondering about the process. Maybe you’ve started a bunch of times, but something got in the way. Motivation failed you, or you lost track of the time, or you wrote the entire thing but never got it out there in any form or fashion. Finding Time to Write a Book Most people, when I queried them, said that finding time was the #1 complain/worry/issue they had with being able to write a book. Write notes about your book into something like Evernote, which can be accessed from your phone, your desktop, and any web browser (meaning you have no excuses to take down ideas). But I Have Kids So do I. While they watch TV, you write at the table. Time DOES Grow On Trees Gandhi famously said that we all have the same 24 hours in the day. How you respect your own time and how you show others the value of your own time is the key here. Own this. Tomorrow, we’ll talk about discipline. Photo sharing via Flickr ChrisBrogan.com runs on the Genesis Framework

10 talks you won't be able to stop thinking about | Playlist Now playing Here's a TED first: an animated Socratic dialog! In a time when irrationality seems to rule both politics and culture, has reasoned thinking finally lost its power? Watch as psychologist Steven Pinker is gradually, brilliantly persuaded by philosopher Rebecca Newberger Goldstein that reason is actually the key driver of human moral progress, even if its effect sometimes takes generations to unfold. The dialog was recorded live at TED, and animated, in incredible, often hilarious, detail by Cognitive.

The Emotions That Make Us More Creative Artists and scientists throughout history have remarked on the bliss that accompanies a sudden creative insight. Einstein described his realization of the general theory of relativity as the happiest moment of his life. More poetically, Virginia Woolf once observed, “Odd how the creative power brings the whole universe at once to order.” But what about before such moments of creative insight? The long-standing view in psychology is that positive emotions are conducive to creativity because they broaden the mind, whereas negative emotions are detrimental to creativity because they narrow one’s focus. It’s true that attentional focus does have important effects on creative thinking: a broad scope of attention is associated with the free-floating colliding of ideas, and a narrow scope of attention is more conducive to linear, step-by-step goal attainment. At the end of the day, the ability to broaden attention and the ability to narrow attention are both key contributors to creativity.

UCreative.com - Design Exercises To Get Your Creative Juices Flowing | UCreative.com The creative mind is like the human body. Creativity by Alex Norris Creativity is something that should be trained everyday, or else it would get out of shape. Thus, doing some creativity exercises would ensure that your brain remains sharp enough for you to do your projects effectively. Aside from that, it’s inevitable that you will run into a creative block where it would seem that your fountain of creativity has run out. I’ve listed some mini design exercises you can do to get your creative juices flowing. Quote Typography Typography is one of the hardest graphic design components to master. Mini typography design exercise #1 1. Mini typography design exercise #2 1. Mini typography design exercise #3 1. Sketching We’ve done it all the time ever since we were kids. Venomous by Kerby Rosanes Mini sketching exercise #1 1. Mini sketching exercise #2 1. Mini sketching exercise #3 1. Logo Design Logos are one of the fundamentals of graphics design. AspireBoard Sketches by Eddie Lobanovskiy 1. 1. 1. 1.

Scientists Build A Supercomputer From PlayStations To Study Black Holes Government funding for research is becoming increasingly difficult to come by due to ongoing global economic instability, which is why many scientists are forced to look elsewhere to keep their research projects alive. Some are turning to crowdfunding, which is now allowing the UK to explore the moon, whereas others are practicing being thrifty. Dr. Gaurav Khanna is a perfect example of the latter, as he has managed to make an extremely cheap supercomputer using PlayStation 3 (PS3) games consoles. And he has even successfully used his ingenious invention to publish several scientific papers. Khanna, a black hole physicist at the University of Massachusetts Dartmouth, began his budget supercomputer endeavor back in 2007. Gravitational waves decrease in strength as they move away from the source, meaning that by the time they reach Earth they are extremely weak, which is why scientists have struggled to detect them. [Via NYT]

3 1/2 Tips for Fixing an Unlikable Character I’ve mentioned several times that I struggle with writing unlikable characters when I first draft a story, and I know I’m not the only one. We often love our characters no matter what they do—even the villains. *smile* So we’re not unbiased readers when it comes to figuring out whether our characters are too unlikable. In any story, it’s difficult to balance not enough and too much of various elements. On the character side, not enough flaws can leave our characters feeling flat or can make it difficult for readers to relate to them. Some genres can get away with flat, unrelatable, or unlikable characters, but others can’t. The 1/2 Tip: Tone Down the Character I debated including this tip at all—first, because it’s obvious, and second, because sometimes we don’t want to tone down the character. When we receive feedback that a character is unlikable, we always have a choice. Toning Down a Character: In Pure Sacrifice, one minor character starts off disrespecting the hero, Markos.

Talks that just might save your relationship | Playlist Now playing Infidelity is the ultimate betrayal. But does it have to be? Relationship therapist Esther Perel examines why people cheat, and unpacks why affairs are so traumatic: because they threaten our emotional security.