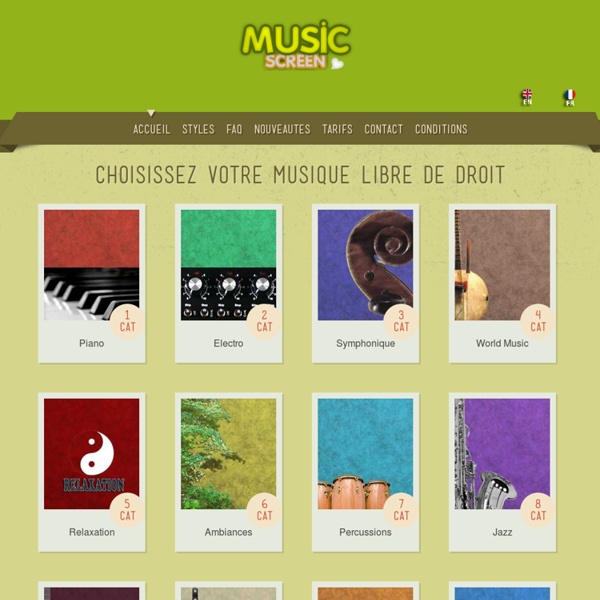 Welcome to Final Fantasy Zero! - Final Fantasy Zero Wiki This is the wiki for Final Fantasy Zero, the tabletop Final Fantasy game fan project by Jacob Driscoll. It contains the Work-In-Progress entries that will eventually be collected into the FFZ PDF documents. The table of contents at the left should help you navigate wherever you need to go. Primarily, this site is currently a reference, rather than an instruction manual — the PDFs are for that. 10/09/11 — It's been a YEAR since my last big update! 55 Great Websites To Download Free Sound Effects Imagine a movie or video without sound effects. Even a magnificent film like Titanic would look nothing more than a joke if there are no ‘Wham’, ‘Bam’ and ‘Smash’ sounds in it. Background music and sound effects are important for making a video (or even an audio production) engaging and in its full essence.

How To Stream To Twitch From Linux Using OBS Studio OBS Studio is a free, open source application which allows video recording and live streaming. The app can be used to stream to various popular websites such as Twitch.tv, YouTube, Hitbox.tv, Vaughn Live / iNSTAGIB.tv, DailyMotion, Connectcast.tv, GoodGame.ru, CyberGame.tv, CashPlay.tv along with custom streaming servers. The original Open Broadcaster Software was rewritten, with the main goal of being multiplatform, along with a more powerful API and a more thorough feature set. Navi: The Guiding Spirit The following article is a theoretical piece, so please read it with that in mind. It reflects the opinions and ideas of the author, and not Zelda Informer as a whole. This article is also part of classics month, and as such it may conflict with the recent release of Skyward Sword and Hyrule Historia.

Papasan chair A Papasan chair with a "wide-bottom" orientation A Papasan chair (also called a bowl chair) is a large rounded bowl-shaped chair with an adjustable angle similar to that of a futon. The bowl rests in an upright frame traditionally made of rattan, but also sometimes made of sturdy wicker or wood. "It is not clear when the papasan chair was actually invented because apparently, natives in the Philippines and Japan have [sic] been using it for centuries before American soldiers discovered them during World War II.

Utiliser votre clé USB LinuxLive Your LinuxLive USB key should now be ready! Thank you for using LinuxLive USB Creator. Don't forget to share LiLi with your friends if you liked it :-) Before going any further, properly unplug your USB device then reconnect it. This will force Windows to check the autorun of the key and update the icon. You now have two possibilities: the first one is to boot your Linux directly in Windows (=virtualization), the second one being to boot your PC from your LinuxLive USB key.

Zircon Zircon (/ˈzɜrkən/; including hyacinth or yellow zircon) is a mineral belonging to the group of nesosilicates. Its chemical name is zirconium silicate and its corresponding chemical formula is ZrSiO4. A common empirical formula showing some of the range of substitution in zircon is (Zr1–y, REEy)(SiO4)1–x(OH)4x–y.