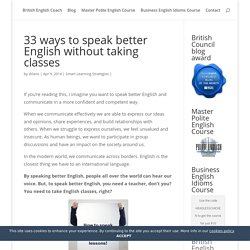 When we communicate effectively we are able to express our ideas and opinions, share experiences, and build relationships with others. When we struggle to express ourselves, we feel unvalued and insecure. As human beings, we want to participate in group discussions and have an impact on the society around us. In the modern world, we communicate across borders. English is the closest thing we have to an international language. By speaking better English, people all over the world can hear our voice. Well, English teachers and English classes definitely help. Laziness Does Not Exist – Devon Price. MediaSmarts. EJ1149197 - A Comprehensive Look into the Instruction of Listening Skill in Academic English Programs: A Case Study of Two State Universities in Iran, International Journal of Education and Literacy Studies, 2017-Apr. The study reported here thoroughly investigated the instruction of listening skill in academic English programs. 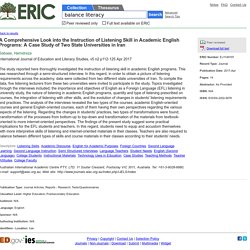 This was researched through a semi-structured interview. In this regard, in order to obtain a picture of listening requirements across the academy, data were collected from two different state universities of Iran. To compile the data, five listening lecturers from these two universities were invited to participate in the study. Topics investigated through the interviews included; the importance and objectives of English as a Foreign Language (EFL) listening in university study, the nature of listening in academic English programs, quantity and type of listening prescribed on courses, the integration of listening with other skills, and the evolution of changes in students' listening requirements and practices. 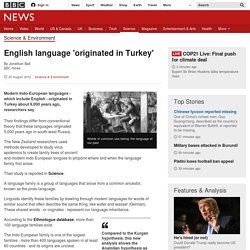 Their findings differ from conventional theory that these languages originated 5,000 years ago in south-west Russia. The New Zealand researchers used methods developed to study virus epidemics to create family trees of ancient and modern Indo-European tongues to pinpoint where and when the language family first arose. Their study is reported in Science. A language family is a group of languages that arose from a common ancestor, known as the proto-language. Linguists identify these families by trawling through modern languages for words of similar sound that often describe the same thing, like water and wasser (German). According to the Ethnologue database, more than 100 language families exist. Videos & Movies for ELT. Innovative Grammar Mind Map Is Perfect For Teaching English. The key to any successful relationship... - Harvard Business Review.

We must reverse the ‘outcome oriented’ educational monster we have unleashed. We are in the midst of a serious epidemic of scapegoating our youth. 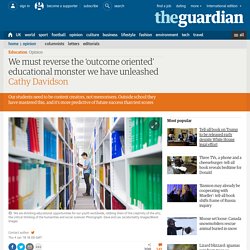 Enter the search term “millennial” and one is presented with a flood of punditry that diagnoses college students as “excellent sheep” who are so gobsmacked by Google and so “spoon-fed” by doting parents that they can no longer cope with difficulty or perform complex mental operations. I disagree. With over three decades as a college professor, I believe it’s time educators proposed a more accurate pathology of the problems facing youth today and offered a better cure. First, let’s reconsider who these supposedly coddled students really are. When I ask beginning students when they first realised they were creatures of history, not simply independent actors, they routinely name the 2008 global financial crisis.

Sandy Millin: Advanced pronunciation. I have regularly taught advanced students who are extremely competent speakers, have a very wide vocabulary and a good knowledge of grammatical structures, but who have trouble understanding when native speakers produce fast speech. 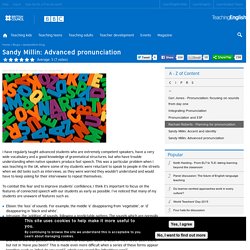 This was a particular problem when I was teaching in the UK, where some of my students were reluctant to speak to people in the streets when we did tasks such as interviews, as they were worried they wouldn’t understand and would have to keep asking for their interviewee to repeat themselves. To combat this fear and to improve students’ confidence, I think it’s important to focus on the features of connected speech with our students as early as possible. I’ve noticed that many of my students are unaware of features such as: Elision: the ‘loss’ of sounds. For example, the middle ‘e’ disappearing from ‘vegetable’, or ‘d’ disappearing in ‘black and white’.Intrusion: the ‘addition’ of sounds, following a predictable pattern. Further reading. 33 ways to speak better English. Qz. 33 ways to speak better English. Japanese wordplay - Wikipedia. Japanese wordplay relies on the nuances of the Japanese language and Japanese script for humorous effect. 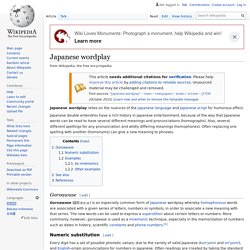 Free ESL EFL worksheets. How To Use The Gerund In English. The gerund is one of the most frequently used parts of speech in English. 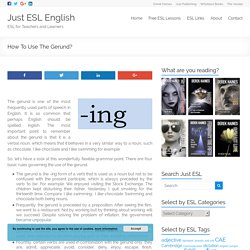 It is so common that perhaps English should be spelled Inglish. The most important point to remember about the gerund is that it is a verbal noun, which means that it behaves in a very similar way to a noun, such as chocolate. I like chocolate and I like swimming for example. SAGE Journals: Your gateway to world-class journal research. NoongarPedia created as first Wikipedia site in Aboriginal language - RN. Updated In Noongar country, in the south-west of Western Australia, researchers are building the first Wikipedia site in an Aboriginal Australian language. 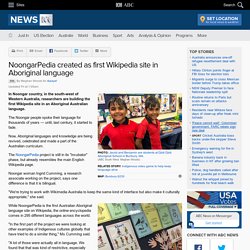 The Noongar people spoke their language for thousands of years — until, last century, it started to fade. Linguisticmaps: High central unrounded vowel [ʉ] - present as... #maps. Theconversation. Q: Why did the woman cross the road? 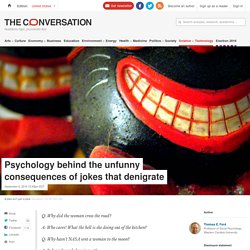 A: Who cares! What the hell is she doing out of the kitchen? Learner autonomy - developmental record. Stop. Using. Periods. Period. Washington Post illustration; iStockphoto Have you ever watched parents try to text with their children? 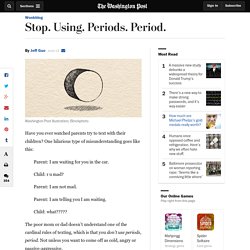 One hilarious type of misunderstanding goes like this: Parent: I am waiting for you in the car. Child: r u mad? Parent: I am not mad. Why is English so weirdly different from other langu... English speakers know that their language is odd. So do people saddled with learning it non-natively. The oddity that we all perceive most readily is its spelling, which is indeed a nightmare. In countries where English isn’t spoken, there is no such thing as a ‘spelling bee’ competition. For a normal language, spelling at least pretends a basic correspondence to the way people pronounce the words.

But English is not normal. 12 Awesome Language Resources for the Word Nerd. I’m an unabashed word nerd. I majored in English and have been a high school English teacher for almost 30 years. I run an online program helping homeschoolers develop writing skills, and I manage this wordy blog and a wordy Facebook page. I have become, over the years, something of an expert on grammar and usage, but it’s not due to any particular cleverness on my part.

I have simply learned how to ask good questions and find reliable answers. Find the Perfect Word for Your Feelings with This Vocabulary Wheel. Everyone Speaks Text Message. .When a colleague interviewed Barnier he spoke English. When appeared before Treasury select, insisted on translator. The subtle art of translating foreign fiction. The Seven Basic Plots. Will Self: ‘I write first thing, when I can suspend disbelief in the act of making things up’ Paul Keating's Redfern Park Speech [PART 1] Sinthematica. Type IPA phonetic symbols - online keyboard. The World’s Most Accurate Parser Goes Open Source. Posted by Slav Petrov, Senior Staff Research Scientist At Google, we spend a lot of time thinking about how computer systems can read and understandhuman language in order to process it in intelligent ways.

Today, we are excited to share the fruits of our research with the broader community by releasing SyntaxNet, an open-source neural network framework implemented in TensorFlow that provides a foundation for Natural Language Understanding (NLU) systems. All your questions about pronoun deletion and the inexorable death of the universe, answered. Is Beirut the codeswitching capital of the world? A 3D Map Of The Brain Shows How We Understand Language. Talking while female: an expert guide to the things you definitely should not say. Deep male voices evolved to intimidate men, not attract women.