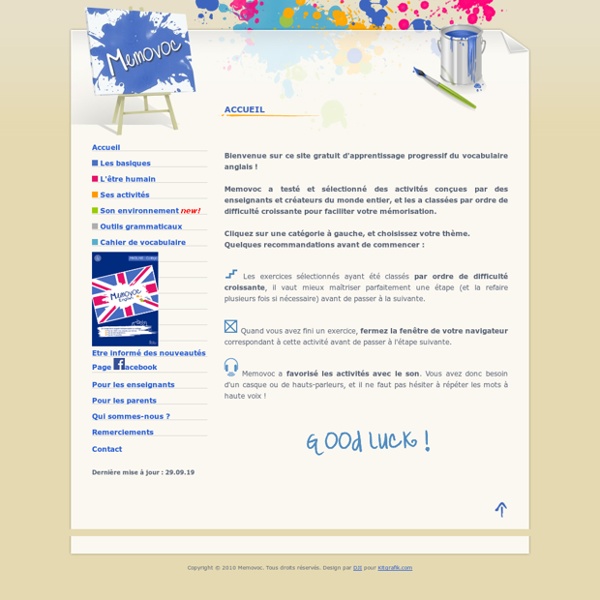 Learn 40 Languages for Free: Spanish, English, Chinese & More How to learn languages for free? This collection features lessons in 48 languages, including Spanish, French, English, Mandarin, Italian, Russian and more. Download audio lessons to your computer or mp3 player and you’re good to go. Amharic Foreign Service Institute Basic Amharic – Audio – TextbookLessons with dialogues, drills, exercises, and narratives will teach you the basics of this language spoken in Ethiopia.

What happens in the brain when you learn a language? Learning a foreign language can increase the size of your brain. This is what Swedish scientists discovered when they used brain scans to monitor what happens when someone learns a second language. The study is part of a growing body of research using brain imaging technologies to better understand the cognitive benefits of language learning. Tools like magnetic resonance imaging (MRI) and electrophysiology, among others, can now tell us not only whether we need knee surgery or have irregularities with our heartbeat, but reveal what is happening in our brains when we hear, understand and produce second languages. The Swedish MRI study showed that learning a foreign language has a visible effect on the brain.

Is Ending Segregation the Key to Ending Poverty? Chicago's experiment in relocating poor African American families to rich white suburbs seems to be a success. So why are so few other cities doing the same? Like many mothers raising children in Chicago’s housing projects in the 1990s and 2000s, Seitia Harris was afraid of the drugs and violence that were pervasive in the neighborhood where she lived, Altgeld Gardens on the city’s South Side. She made sure to provide her three children with every opportunity she could, taking them to ballet lessons, after-school academic programs, plays and activities around the city, encouraging them to work hard at school and stay away from drugs. But the specter of violence and poverty was hard to escape. Hard to escape, that is, until Harris got an opportunity to move out of the projects to a small village called Alsip, 40 minutes outside of Chicago’s city center and 80 percent white.

Stand Still. Stay Silent - webcomic, page 196 14 October. 2014 Language trees for the language lovers! I've gathered pretty much all the data for this from ethnologue.com, which is an awesome well of information about language families. And if anyone finds some important language missing let me know! Twitter Revolutions? In summer 2009, public discontent around the outcome of the Iranian elections sparked a worldwide response, largely because of the visibility these protests gained through social networking sites. What happened in Tehran retrospectively can be seen as an early sign of larger unrest in the region, which gave rise to the so-called Arab Spring which started in late 2010 and reached its fullest scope in 2011. Journalists, bloggers, and other cyber-enthusiasts have celebrated the use of sites such as Twitter, Facebook, and YouTube by protesters in each of these countries and by their supporters from the West as a decisive sign that grassroots communicators might be able to route around government censors and that citizen journalists might be able to force international concerns onto the agenda of the professional news media. In a moment of exuberance, Andrew Sullivan blogged, “That a new information technology could be improvised for this purpose so swiftly is a sign of the times. [. . .]

Twitter Revolution: How the Arab Spring Was Helped By Social Media As a result of the many technological advancements and innovations that have revolutionized how individuals communicate, an abundance of information has become available to everyone. Depending on where the information is found, however, it’s reliability can be questioned. With the growing number of international, self-described (both non-for-profit and for-profit) organizations such as Facebook, Wikipedia, Wikileaks and more, much of the information provided is now often opinionated and biased, nonetheless, truthful. The “Twitter Revolution” Myth Podcast: Play in new window | Download | Embed [CLICK HERE to watch the full video at Boiling Frogs Post] by James CorbettBoilingFrogsPost.com 6 March, 2012

The truth about Twitter, Facebook and the uprisings in the Arab world Think of the defining image of the uprisings in the Middle East and North Africa – the idea that unites Egypt with Tunisia, Bahrain and Libya. It has not been, in itself, the celebrations of Hosni Mubarak's fall nor the battles in Tahrir Square in Cairo. Nor even the fact of Mohammed Bouazizi's self-immolation in the central Tunisian town of Sidi Bouzid, which acted as a trigger for all the events that have unfolded. Instead, that defining image is this: a young woman or a young man with a smartphone. She's in the Medina in Tunis with a BlackBerry held aloft, taking a picture of a demonstration outside the prime minister's house. He is an angry Egyptian doctor in an aid station stooping to capture the image of a man with a head injury from missiles thrown by Mubarak's supporters.

Small Change At four-thirty in the afternoon on Monday, February 1, 1960, four college students sat down at the lunch counter at the Woolworth’s in downtown Greensboro, North Carolina. They were freshmen at North Carolina A. & T., a black college a mile or so away. “I’d like a cup of coffee, please,” one of the four, Ezell Blair, said to the waitress. “We don’t serve Negroes here,” she replied. The Woolworth’s lunch counter was a long L-shaped bar that could seat sixty-six people, with a standup snack bar at one end. A Time to Travel: England: Suffer and suffrage: Lesson plan Amber travels back to meet the leader of the suffragettes, Emmeline Pankhurst, and learn about why the right to vote is so important. In this lesson, students will: learn about Emmeline Pankhurst and the suffragettes; learn a range of language related to political struggle – protest, to bring about change, petitions, demonstration, politicians, equal rights, revolution, support, freedom, break the law, vote, take notice, women’s suffrage; practise extensive and intensive listening ... To go any further you will need to subscribe to the onestopenglish or register for a free 30-day trial which will give you full access to all content on the site. Free 30-day trial