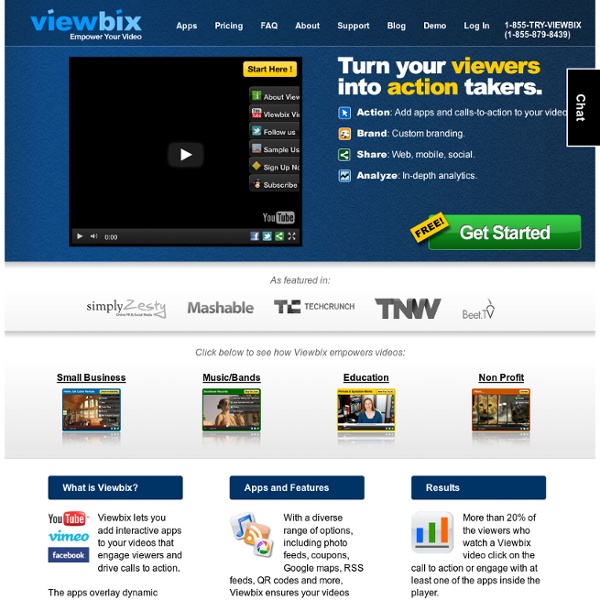 Brand your video Make it your own! Add your logo and contact info. Personalize your video player and deliver the experience you want your viewers to have. Build brand equity. Add email forms to your video

Zopim After you create an account, you have instant access to all of Zendesk Chat’s features for 14 days. During this period you can upgrade at any time by visiting the change plan page. You don’t need a credit card during the trial, so feel free to try it out. Journal of Neural Engineering Dominique M Durand et al 2014 J. Neural Eng. 11 020201 Neural engineers have made significant, if not remarkable, progress in interfacing with the nervous system in the last ten years. In particular, neuromodulation of the brain has generated significant therapeutic benefits [1–5]. Vyclone: Video Collaboration for Citizen Journalists 2011 was a tumultuous year for the Middle East, but the troubles also served as a reminder of the role technology can play in giving everyone a voice. Live video-streaming platform Bambuser is one example of how citizens took the initiative and reported on events from their own perspective, often from positions unreachable by traditional media outlets. And now as The Guardian reports, a new mobile app is looking to harness the power of roving smartphone-owners to create a compendium of crowdsourced clips that tell the story of key events from multiple perspectives. Vyclone: Videos from the masses Vyclone is a free iOS app that professes to let you “Record life from all angles” – in short, it lets users collaborate from different locations and perspectives to “co-create, sync and share movies”.

Downloads The Mac App Store Browse and download apps for your Mac — from your Mac. Shop for apps by category, read user reviews, and buy apps in one simple step. Safari Extensions Safari extensions are a great way for you to add new features to Safari. SlideUp Bar Plugin for WordPress ATTENTION: Website owners who need more mailing list subscribers.... Stop leaving money on the table and start building your mailing list with this powerful tool.... From: Mike Barnes SEO-Alien.com Re: How to grab your readers' attention Mind Reading (Neural Decoding) Goes Mainstream Surfdaddy Orca November 9, 2009 In the new movie, The Men Who Stare at Goats, reporter Bob Wilton confronts Special Forces operator Lyn Cassady, “I’ve heard that you’re a psychic spy.” Lyn later comments, “We’re Jedi. We don’t fight with our guns, we fight with our minds.”

Noteworthy: Toontastic for iPad, Creative Storytelling App : iPadmodo Noteworthy: Toontastic for iPad, Creative Storytelling App Launchpad Toys has developed a creative storytelling app called Toontastic that allows kids to draw, animate, narrate, and share cartoons online, while learning how to create a story arc. Toontastic was named a Top 5 Education App for 2011 by Apple, and a Top 10 iPad App of 2011 by the New York Times. How it works: Select a scene on the Story Arc: A Setup, Conflict, Challenge, Climax, or Resolution.Draw your own Setting and Characters, or custom color a Character from our collection of pirates, princesses, swashbucklers, and more.Press the Start Animation button and move your characters around onscreen, telling your story through play. Toontastic is available as a free download from the App Store.

Gangsta Optin Plugin for WordPress ATTENTION: Website Owners Who Are Struggling To Build Their List! Discover how you can easily create beautiful forms in just minutes - all without leaving your dashboard.... From: Mike Barnes - SEO-Alien.com Re: Gangsta Opt-In Forms Date:Sunday, September 28, 2014 Dear Fellow Website Owner, Smart website owners know that building a mailing list is the key to a successful online business.