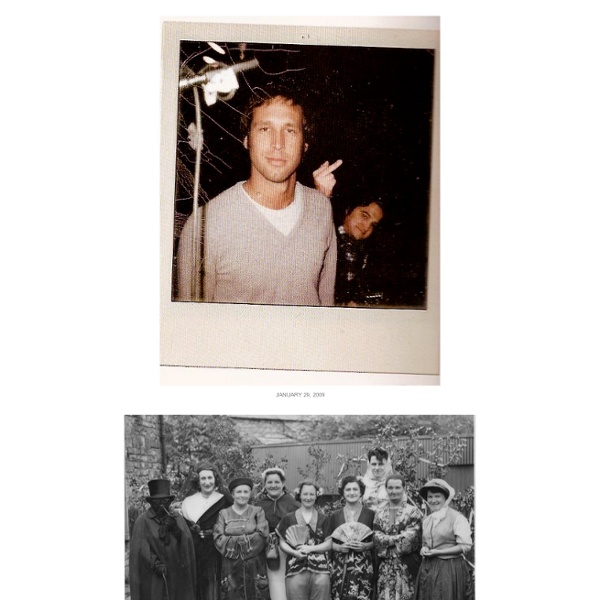 Related:  US or something Photobombing

Star Wars Han Solo Carbonite Chocolate 12 of the Best Animal Photobombs This was one of many photos off the coast of Koh Tao in Thailand, near Koh Phangan, where Nick Kelly - the photographer - trained. A fish just happened to steal the shot. Ever seen a whale photobomb a juvenile gull? You have now. Photo via @raubrey Photobombing the photographer. If you want to photobomb someone, it takes hard work and speed. Melissa Brandts wasn't trying to take a photo of this ground squirrel at Banff National Park. She hadn't counted on this ground squirrel hogging the foreground. Photo by Melissa Brandt, from the Your Shot Daily Dozen at National Geographic magazine. Stingray photobomb. Husky Photobomb. French photographer Michel Watson, along with other photographers, tried to shoot penguins on South Georgia Island in the Falklands, but a photobombing elephant seal wanted to be the star of the show. “What are you looking at?” This is one animal behaving badly after a cow is spotted 'butting' in and photobombing a horse. Looking for more hilarious photobombs?

The Most Bizarre Comments on YouTube (18 pics Nov 25/11 The Most Bizarre Comments on YouTube (18 pics) Hilarious comments on YouTube. It is amazing how dumb some people can be.Part 2.Part 3. Public Affairs Officials Seek To Reduce Incidents Of Combat Photobombing FORT LEE, VA – The deputy commander of the Army’s Public Affairs Office is seeking assistance from leaders of major Army commands in reducing instances of “photobombing,” which renders combat photographs unusable, and often makes the public relations war unwinnable. “Our job is to get out there and capture real-world moments in combat, so that we can really tell the story of the Army to the public,” said Col. James Hutton, U.S. Army deputy chief of public affairs. Officials estimate the cost of photobombing to the Army — in terms of wasted man-hours and ruined photographs — at roughly $125 annually. Combat camera soldiers are often attached to infantry units on patrols, sometimes carrying dozens of pounds of photography equipment. “You know, we’re out there doing pretty much the same things. Whitehurst related a specific instance when she tried to take a photo on a recent combat patrol. “At least this is happening in the age of digital photography.

21 Panoramic Photos That Went Horribly Wrong The iPhone 5 has a panoramic feature that allows you to take long photographs. As you can see, the technology is far from perfect. via via via via via via via via via via via via via via You may also like: 25 Awesome Baby Photobombs (PICTURES) We all know that animals are pretty awesome photobombers, but they're not the only experts in the family. Babies know a thing or two about taking a normal snapshot and making it something amazing too. Don't believe us? Just check out these 25 expert examples and you'll be singing a different tune. And if this is how funny they are young, just imagine how great they're going to be when they get older. Loading Slideshow Forced Baby BombOk, so sometimes it's hard for babies to bomb photos by themselves. Hide Thumbnails Also on HuffPost: Filed by Christine Friar |

The Royals or Jennifer Lawrence? Vote for the best photobomb of 2014 - News Trending Matt Murray TODAY Dec. 17, 2014 at 2:35 PM ET It may have been the year of the selfie in 2014, but that doesn't mean 2013's term of viral endearment slipped into the shadows. Photobombing was still a full-fledged thing, and everyone from Queen Elizabeth II to actress Jennifer Lawrence to feline friends continued to get in on the act. Intentionally or not, people and pets made their way into the background of pictures this year, making for some unforgettable moments. We've rounded up some of the best photobombs of 2014 — check them out and vote for your favorite. 1. @jaydetaylor via Instagram 2. @ancalerts via Twitter 3. 4. Reddit via /u/Fieldblazer 5. Instagram via @RyanSeacrest 6. Imgur via Macrocephale 7. @ChrisHoy via Twitter 8. YouTube via BBC America 9. Twitter via @youngvulgarian 10. Twitter via @VFHollywood 11. Trevor Shailer via Facebook 12. 13. Which photobomb was your favorite?

12 Hilarious News Videobombs The San Antonio Spurs that sneaked up on an Australian reporter Julian de Stoop was not pleased as two obnoxious men barged into his shot while he was reporting on the Australian Football League for Fox Sports Australia. Angry, he shoved them out of the way. However, he didn't know that he was shoving away San Antonio Spurs guard Patty Mills and Larry O'Brien Trophy-carrying forward Aron Baynes. He wrote a short story on news.com.au, explaining the situation: "I can honestly say that this is the first time I've been punked by a bloke with a newly-minted three-year $12 million NBA contract. College Gameday like you've never seen it before Check out this drunken College Gameday videobomb of ESPN reporter David Pollock during the Clemson vs. The reporter who probably wishes he was anywhere else That's what we think anyway, judging by the look on reporter Alex Haight's face at a Buffalo, NY Trump protest in April 2016. Even unicorns in tutus want their 15 minutes of fame

10 Hilarious Kid Videobombs Kids crash their dad's serious BBC interview Robert Kelly, Associate Professor of Political Science at Pusan National University in Busan, was being interviewed by the BBC regarding South Korean President Park Geun-Hye's removal. During the discussion, a toddler burst into the room, followed by a baby who made his way in via a walker. To complete the farce, Kelly's wife, Jung-a Kim, then came skidding through the threshold to collect the kids. Ah, the dangers of working at home! A pre-teen tee retriever videobombs a reporter during an NFL broadcast A young Detroit Lions fan used his chance to run on Ford Field to videobomb NBC sideline reporter Michele Tafoya in January 2017. The boy got to run on the field during the Lions vs. A teen with Down Syndrome gives her parents a shout out on live TV Scott Van Der Linden, a newscaster for 7 News Mackay in Queensland, Australia, was standing in a shopping mall when Georgia Knoll appeared over his right shoulder. (Source)

Related:
Related:  US or something Photobombing