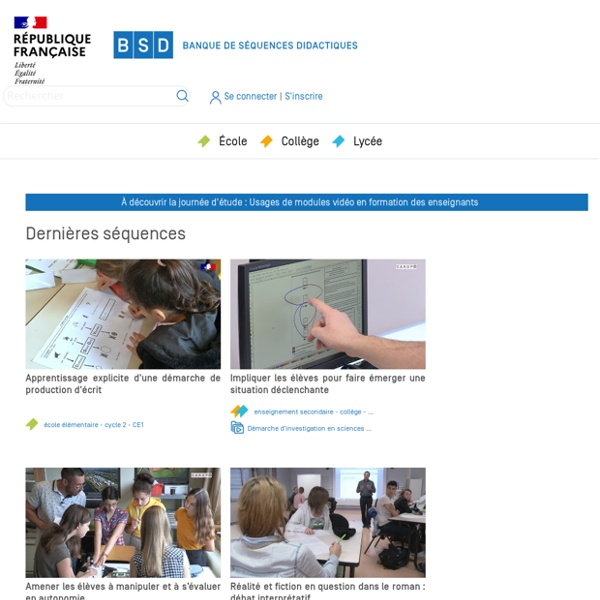 Newly Qualified Teachers And Impostor Syndrome Reading Time: 5 minutes Do you know what you are doing? Fake, fraud, phoney, quack. Feeling like you are an impostor and not up to the job is a common syndrome. Teachers are plagued by nagging self-doubts and are seldom comfortable in their own teaching skins. Intelligent people are usually full of insecurities. Council of Europe Language Policy Portal Languages are a fundamental aspect of people’s lives and the democratic functioning of society. In response to the needs identified in or by its member states, the Council of Europe has been working over the past few decades to compile a set of resources made available to education authorities and professionals and benefiting all Europe’s citizens (see milestones). Some of the end products have been widely distributed beyond Europe.

Is British food really that bad? As a Brit abroad I have often had comments and questions, such as ‘So what do you actually eat?’ ‘I hear British food isn’t so great …’ or ‘Do you even have a traditional meal?’ At first I thought this was just a stereotype that existed in Europe, but I have recently discovered that the opinion of bad British food has even reached South America! 65 Free Interactive Whiteboard Resources Interactive whiteboard resources are a great way for teachers to engage classrooms in learning. While many teachers are spending hours a day creating their own activities for their interactive whiteboards, there are tons of free sources to help teachers learn about and use IWBs with students to further their use of technology in the classroom. Here is a list of some great interactive whiteboard resources and activities guaranteed to stimulate learning: General Interactive Whiteboard Resources for Teachers TeacherLED – TeacherLED is a site dedicated to making the use of Interactive Whiteboards (IWB) easier and more productive.

Medieval Fantasy City Generator by watabou This application generates a random medieval city layout of a requested size. The generation method is rather arbitrary, the goal is to produce a nice looking map, not an accurate model of a city. All the actions and options are accessible via the context menu. Hot keys: 👉For development news and related stuff please check a dedicated reddit community. The first version of this generator was created for the monthly challenge #17 of the proceduralgeneration subreddit. Education Week (This is the last post in a two-part series on this topic. You can see Part One here.) Katie Keeler asked: How do you create a school culture or even classroom culture in which students strive for success and are expected to strive for success? Part One of this series featured responses from educators Jeffrey Benson, Christopher Lehman, and Barbara Blackburn, and I also shared a few of my own thoughts. Today's post includes comments from Margaret A.

Neuromyth 1 The brain is only plastic for certain kinds of information during specific ‘critical periods’-thereby the first three years of a child are decisive for later development and success in life. The concept of critical periods states that there are certain periods during early life when the brain’s capacity for adjustment in response to experience is substantially greater than it is in adulthood. This concept originated from observations by some of the pioneers in the study of animal behaviour.

Food in Britain Carmen: The Chinese introduced oriental food to Britain. But before the Chinese, immigrants from all around the world came to live in London. British people enjoy a huge range of food and flavours from other countries. This is Borough Market, London’s oldest food market. Today, you can find food here from all over the world. This is Italian cheese.

Multiplication Games This past Thursday night, my school held a "Family Math Night" where each grade level (Pre-K to 4th) created 3 to 4 different Math games (more like ideas) that parents could take home and utilize with their kids. Since I teach 4th Grade, our entire Math Night focused on Place Value to the 10ths and 100ths and Multiplication - memorization of the basic multiplication facts (which in Texas is 0-12...). The other Math teacher for 4th Grade and I really scrambled over this night - we fretted over what games to play. We wanted the games to be FUN and also a way for our students to play with their parents or siblings - a shared learning experience. We didn't just want to do single player games - the focus of the night was, after all, FAMILY Math Night. So, off we set until we came up with the following 4 actvities:1.

A Wonderful Poster on Failure July13, 2014 I have always believed that teachers (and people in general) MUST have an open midset; one that tolerates and celebrates mistakes and errors; one that looks at failure as an opportunity for a better beginning. It is through falling down that we stand up robust and it is through misfortunes that we gather our strength to live the life we want and pursue our dreams. If we want to raise up socially and emotionally strong students who can face up and overcome the hardships of life, an important key to this is to teach (and model) them about failure. We need to show them that failure is a healthy sign and a good omen for a healthy life experience.

Centre for Educational Neuroscience Teachers and parents have a great enthusiasm for the brain sciences and the light they can shed on children’s and adults’ learning in educational environments. We share that enthusiasm at the CEN. However, we also believe that sometimes this enthusiasm can lead to educators too readily accepting teaching practices, ideas, or techniques that do not actually have a scientific basis in neuroscience – or which reflect some basis in neuroscience but have not been rigorously tested within an educational context. This phenomenon has been labelled the spread of ‘neuromyths’ – mistaken ideas about the brain – and it has been the topic of discussion by researchers within neuroscience (e.g., articles by Goswami and Howard-Jones, see this report from the Royal Society). Are these ‘neuro-hits’ or ‘neuro-myths’? The CEN has launched a new project, called NeuroSENse, to explore people’s beliefs about the brain and people with special educational needs (SEN).