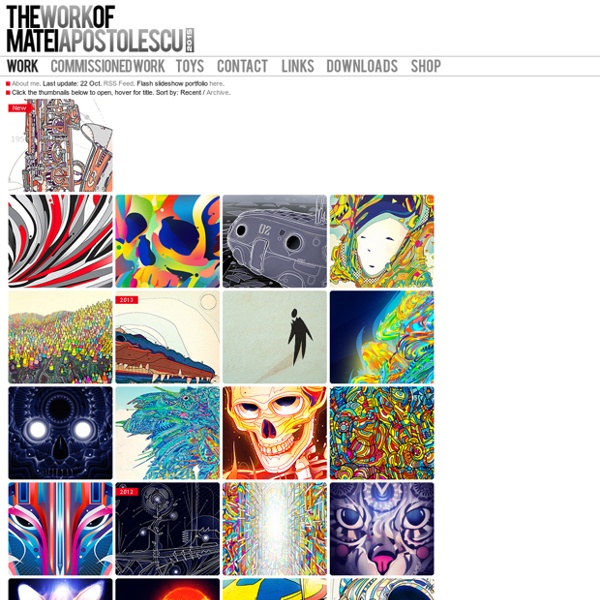 How To Draw A Wave This art tutorial, kindly donated by surfing comic strip illustrator and surf artist Bob Penuelas covers how to draw a wave the Wilbur Kookmeyer way! If you're like me, then you've probably spent a lot of time in high school class daydreaming and doodling a thousand perfect cartoon waves in your notebook. It's safe to say that ninety percent of us surfers have a habit of scribbling perfect waves whenever a pencil is in our hands. Hopefully the following pointers will help you change your throw-away wave doodles into actual compelling artwork that you want to keep forever. Remember, there are millions of ways to draw a wave and hopefully with these simple pointers you'll find a million more. So, have fun.

Creative Design Art Photos and Artworks This awesome Creative Design is masterpiece from Walter Mason from Berlin who creates a delightful pictures of the installation and materials of nature. Harmoniously combining together the leaves and bark of trees, water drops, rocks and so on, it gets paintings and prints in their native environment. His art he calls the Land Art.The author was born in British East Sussex, but the last 10 years is living in Germany. From his childhood dream of becoming an artist in the 16 years he has manifested craving for natural beauty.

Messy Nessy Chic The Town that spent 25 Years Underwater This is Villa Epecuen, an old tourist town south of Buenos Aires that spent a quarter of a century underwater. Established in the 1920s on the banks of a salt lake, the town was home to over 5,000 residents and a holiday destination to thousands more vacationers from the Argentinian capital. In 1985, a dam burst and buried the town in 33 feet of salt water, rendering it a modern-day Atlantis. Movie Icons Overlayed George Chamoun from Sweden decided to use movie icons from two different eras to create the following images of celebrities that are a lot about anatomy, patterns and ideals. He named his project “Iconatomy” from the words “icon” and “anatomy”. Audrey Portman

BanksyInside - A Digital Magazine Dropping What's Fresh on the Web The mysterious Banksy just released some new paintings on his website. You heard it right, Banksy painted on a canvas. All Banksy fans will appreciate. Here are a few of my favourites. Outstanding Illustration Designs by Kevin Tong Kevin Tong is a freelance illustrator currently living and working in the Los Angeles area. By the time he received his BFA from California State University, Long Beach in 2005, Kevin was already working professionally for different clients at that time. His stunning pieces never fall short of creativity and judging by the pace he is moving, Kevin is going places. Having an experienced portfolio he has already done work for the toy industry, apparel companies, publishers bands, promotional campaigns (TV/Movie/Corporate), magazines, and newspapers. Kevin Tong is making art and taking names.

11 Pencil Vs. Camera Images 986 653Share10.7K Born in Abidjan, Ivory Coast and now living in Belgium, Ben Heine is an amazing artist who overlaps hand-drawn works of art with photos to create stunning images. I selected eleven of his Pencil Vs. Camera images from his site, but you should check out all his awesome work if you have time. Psychedelic posters by Aquirax Uno 27 Aug 2009 Graphic artist Aquirax Uno, a prominent figure in the Japanese underground art scene of the 1960s-1970s, is famous for creating psychedelic posters featuring strange (and occasionally grotesque) eroticism, bright colors, and elements of collage. First Love Inferno, 1968 [+] Keiko's at Marubutsu Department Store, 1967 [+] Michelangelo's Expression, 1968 [+] Display Exhibition, 1969 [+]

Amazingly Creative Drawing Vs Photography This wonderful work has done by a very talented Belgian painter, illustrator, portraitist, caricaturist and photographer Ben Heine. This creative artist was born in Abidjan, Ivory Coast. He Studied graphic arts and sculpture and I also have a degree in journalism. Lets take a look at some of his awesome works that he calls “Drawing Vs Photography” or “Imagination Vs Reality”. Japanese graphic design from the 1920s-30s In the 1920s and 1930s, Japan embraced new forms of graphic design as waves of social change swept across the nation. This collection of 50 posters, magazine covers and advertisements offer a glimpse at some of the prevailing tendencies in a society transformed by the growth of modern industry and technology, the popularity of Western art and culture, and the emergence of leftist political thought. "Buy Domestic!" poster, 1930 [+] Cover of "Nippon" magazine issue #1, Oct 1934 [+]