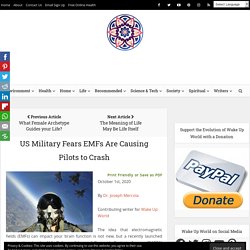 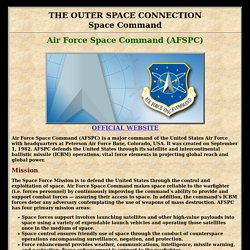 CMOC serves as the command center for both NORAD and USNORTHCOM. Supporting the NORAD mission, CMOC provides warning of ballistic missile or air attacks against North America, assists the air sovereignty mission for the U.S. and Canada, and if necessary, serves as the focal point for air defense operations to counter enemy bombers or cruise missiles. Space Warfare Center ? Space BattleLab (SB) The Air Force Space Battlelab, Headquarters, Space Warfare Center, is located at Schriever Air Force Base, CO. 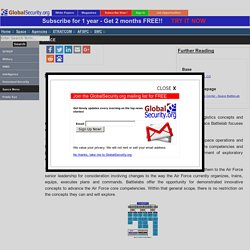 The Space Battlelab is one of six units activated in July 1997 to identify innovative operational and logistics concepts and rapidly measure their potential to advance the Air Force's core competencies. The Space Battlelab focuses on air and space superiority, but also works closely with other Air Force Battlelabs. The mission of the Space Battlelab, Space Warfare Center, is to identify innovative space operations and logistics concepts and rapidly measure their potential for advancing the Air Force core competencies and joint warfighting using field ingenuity, modeling and simulation, and actual employment of exploratory capabilities in operational environments. Future - The American Concordes that never flew. In November 1962, the British and French governments announced a deal that caused great distress in the boardrooms of American planemakers. 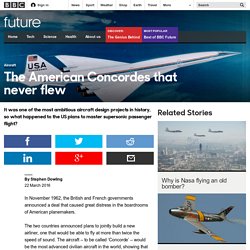 The two countries announced plans to jointly build a new airliner, one that would be able to fly at more than twice the speed of sound. The aircraft – to be called ‘Concorde’ – would be the most advanced civilian aircraft in the world, showing that European aircraft manufacturers could create the most bleeding-edge designs. “Smart Weapons Systems”: Are we being Misguided about “Precision Strikes”?

In the run up to the UK House of Commons vote on air strikes against ISIS in Syria, there has been much hype in the media about ‘precision strikes’. 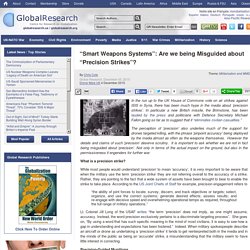 In particular a new British missile, the Brimstone, has been lauded by the press and politicians with Defence Secretary Michael Fallon going so far as to suggest that it “eliminates civilian casualties.” The perception of ‘precision’ also underlies much of the support for drones targeted killing, with the phrase ‘pinpoint accuracy’ being deployed by the media almost as often as the weapons themselves. The B-52 Is Becoming A Terrifyingly Intelligent Smart Weapons Truck  Smart Weapons. The Air Force Wants Your LOV: Aerial Seeding of Biological Implants into Food, Water, & Air by Carolyn Williams Palit. 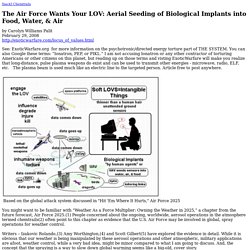 $100 Billion Contract Awarded for Top Secret Stealth Nuclear Bomber. By Nicholas West The American taxpayer has been given another expense by the Pentagon this week to the tune of $100 billion over at least two decades. 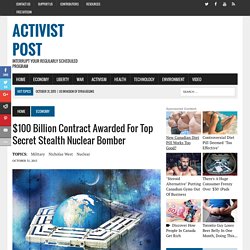 Five Classified Aircraft (Trevor Paglen) From the curators: Military culture traditionally uses a visual language composed of intricate symbols and insignia to signify affiliation and association with a range of services and programs. 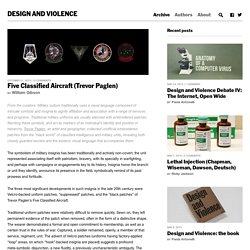 Traditional military uniforms are usually adorned with embroidered patches flaunting these symbols, and act as markers of an individual’s identity and position in hierarchy. Trevor Paglen, an artist and geographer, collected unofficial embroidered patches from the “black world” of classified intelligence and military units, revealing both closely guarded secrets and the esoteric visual language that accompanies them. The symbolism of military insignia has been traditionally and actively non-covert, the unit represented associating itself with patriotism, bravery, with its specialty in warfighting, and perhaps with campaigns or engagements key to its history. World's Most Deadliest Weapons In The US Arsenal - Full Documentary 2015. Mini Exploding ''Bee'' Drones Developed to Support Army. Nicholas WestActivist Post Micro Air Vehicles have long been researched by the military for use in both surveillance and lethal targeting missions. 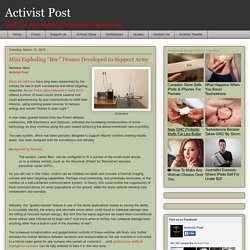 An Air Force video released in early 2013 offered a vision of insect-sized drone swarms that could autonomously fly and communicate to fulfill their mission, using existing power sources to harness energy and remain "hidden in plain sight. " Planes that u had never seen. US missile defense system proves to be useless after $40 bln spent. Published time: June 17, 2014 16:52 This US Air Force handout photo shows a Ground-based Interceptor, an element of the overall Ground-based Midcourse Defense system (AFP Photo) Despite a decade of testing and tens of billions of dollars’ worth of research, a major missile defense program in the United States has proven to be anything but successful, a new investigation suggests. 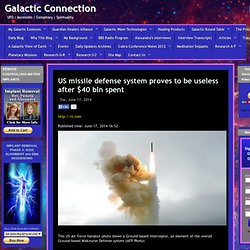 Nevertheless, the Missile Defense Agency, or MDA, plans on conducting next week its ninth exercise of that costly system since 2004, and the outcome of the drill is expected to influence whether or not more than a dozen new interceptors are added to the United States’ arsenal. According to a recent investigation by the Los Angeles Times, however, that system has so far been marred by mistakes that raise questions about its ability to thwart any major attack and the cost incurred during the last decade. The World's Only INVISIBLE airplane.

U.S. Air Force Testing New Stealth Drone at Area 51. Update on the global drone arms race.Nicholas WestActivist Post It has been predicted that the development of drone surveillance by the U.S. would spark a global race to develop new drone capabilities, leading to a potentially dystopian future of drone wars where combat and even assassinations can be performed by fleets of insect-like microbots. The Washington Post reported in July, 2011: More than 50 countries have purchased surveillance drones, and many have started in-country development programs for armed versions because no nation is exporting weaponized drones beyond a handful of sales between the United States and its closest allies. (Source) The number of countries has now risen toward 90 as Pakistan recently entered into the market, plus the United Nations itself has launched its own fleet of surveillance drones. 090723-D-6570C-001.pdf. 5 Most Secret Military Aircraft.

Strange But Real Aircraft. Lockheed-Martin "Skunk Works" P791 LTA ACLS dynmicpara. Texas Students Hijack US Military Drone in Mid Air. When the Department of Homeland security makes bets with the civilian population, perhaps they shouldn’t offer college students $1000. In Austin, Texas, College students said they would take that bet and they did.