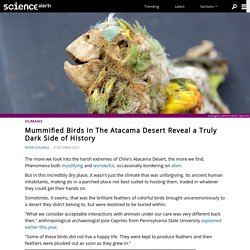 Phenomena both mystifying and wonderful, occasionally bordering on alien. But in this incredibly dry place, it wasn't just the climate that was unforgiving. Its ancient human inhabitants, making do in a parched place not best suited to hosting them, traded in whatever they could get their hands on. Sometimes, it seems, that was the brilliant feathers of colorful birds brought unceremoniously to a desert they didn't belong to, but were destined to be buried within. "What we consider acceptable interactions with animals under our care was very different back then," anthropological archaeologist Jose Capriles from Pennsylvania State University explained earlier this year.

Deep-Sea Mining and the Race to the Bottom of the Ocean. Unless you are given to chronic anxiety or suffer from nihilistic despair, you probably haven’t spent much time contemplating the bottom of the ocean. 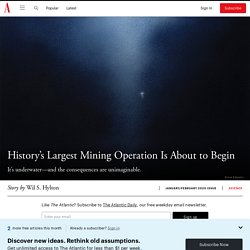 Many people imagine the seabed to be a vast expanse of sand, but it’s a jagged and dynamic landscape with as much variation as any place onshore. Mountains surge from underwater plains, canyons slice miles deep, hot springs billow through fissures in rock, and streams of heavy brine ooze down hillsides, pooling into undersea lakes.

To hear more feature stories, see our full list or get the Audm iPhone app. Nature Spirits Said To Inhabit Earth’s Astral Plane & Interior: The Gnomes. The Facts:With a seemingly endless number of streaming platforms there have never been more options when it comes to finding a new series to watch. 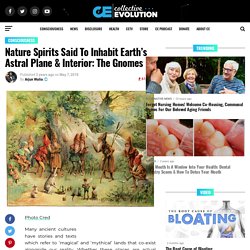 Thankfully there are quite a few options with some surprisingly conscious themes and messaging.Reflect On:What are some of your favorite TV series with a conscious facet to them? Jakten på djuphavens Eldorado har börjat - Nyhetsmagasinet Syre. The Rapid Decline Of The Natural World Is A Crisis Even Bigger Than Climate Change. Nature is in freefall and the planet’s support systems are so stretched that we face widespread species extinctions and mass human migration unless urgent action is taken. 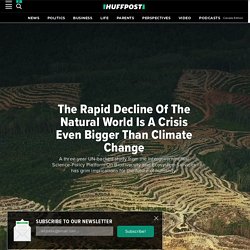 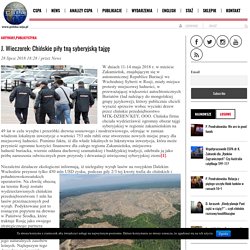 Hurricane Will Likely Cover North Carolina in Hog Feces, As Manure "Lagoons" at Factory Farms Overflow. Smithfield’s hog farmers are scrambling to drain thousands of toxic manure lagoons, some the size of lakes, before they overflow into drinking water and the growing “dead zone” off the North Carolina coast A lake of pig feces and urine the size of 4 football fields outside a Smithfield facility in North Carolina. 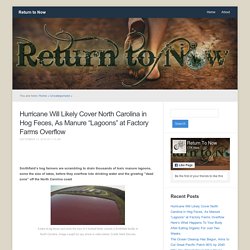 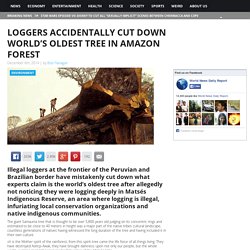 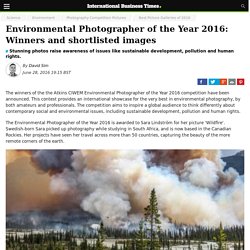 This contest provides an international showcase for the very best in environmental photography, by both amateurs and professionals. The competition aims to inspire a global audience to think differently about contemporary social and environmental issues, including sustainable development, pollution and human rights. The Environmental Photographer of the Year 2016 is awarded to Sara Lindström for her picture 'Wildfire'.

Swedish-born Sara picked up photography while studying in South Africa, and is now based in the Canadian Rockies. Her projects have seen her travel across more than 50 countries, capturing the beauty of the more remote corners of the earth. Luke Massey has been named the Young Environmental Photographer of the Year 2016 for his photograph of peregrines on an urban balcony in Chicago. More about photography competitions on IBTimes UK. Problem loading page. Earth faces sixth ‘great extinction’ with 41% of amphibians set to go the way of the dodo. A stark depiction of the threat hanging over the world’s mammals, reptiles, amphibians and other life forms has been published by the prestigious scientific journal, Nature. 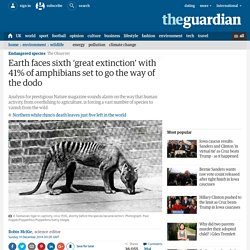 A special analysis carried out by the journal indicates that a staggering 41% of all amphibians on the planet now face extinction while 26% of mammal species and 13% of birds are similarly threatened. Many species are already critically endangered and close to extinction, including the Sumatran elephant, Amur leopard and mountain gorilla. But also in danger of vanishing from the wild, it now appears, are animals that are currently rated as merely being endangered: bonobos, bluefin tuna and loggerhead turtles, for example. In each case, the finger of blame points directly at human activities. “Habitat destruction, pollution or overfishing either kills off wild creatures and plants or leaves them badly weakened,” said Derek Tittensor, a marine ecologist at the World Conservation Monitoring Centre in Cambridge.

World’s 12th Largest Mega-city Is About To Run Out Of Water – You Have The Power To Help. São Paulo brazil, the world’s 12 largest megacity, is in the middle of a major water shortage crisis. 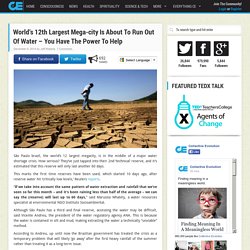 How serious? They’ve just tapped into their 2nd ‘technical’ reserve, and it’s estimated that this reserve will only last another 60 days. This marks the first time reserves have been used, which started 10 days ago, after reserve water hit ‘critically low levels,’ Reuters reports. “If we take into account the same pattern of water extraction and rainfall that we’ve seen so far this month – and it’s been raining less than half of the average – we can say the (reserve) will last up to 60 days,” said Marussia Whately, a water resources specialist at environmental NGO Instituto Socioambiental. Although São Paulo has a third and final reserve, accessing the water may be difficult, said Vicente Andreu, the president of the water regulatory agency ANA. Is Man To Blame For Droughts Across The World?