M.imdb. IAS: Neither Indian nor Civil nor Servicee? Who has made modest efforts to reform the system? 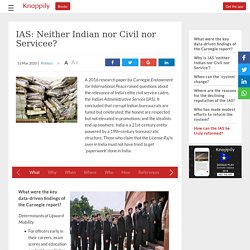 Hills of Peninsular India: Aravalis, Vindhyas, Satpuras, Western & Eastern Ghats. Most of the hills in the peninsular region are of the relict type (residual hills).They are the remnants of the hills and horsts formed many million years ago (horst: uplifted block; graben: subsided block).The plateaus of the Peninsular region are separated from one another by these hill ranges and various river valleys. 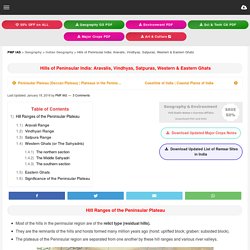 Aravali Range They are aligned in north-east to south-west direction.They run for about 800 km between Delhi and Palanpur in Gujarat.They are one of the oldest (very old) fold mountains of the world and the oldest in India. Vindhyan Range. Hills of Peninsular India: Aravalis, Vindhyas, Satpuras, Western & Eastern Ghats. Indian Ocean Dipole (IOD) Niño is the name given to the occasional development of warm ocean surface waters along the coast of Ecuador and Peru.When this warming occurs the usual upwelling of cold, nutrient rich deep ocean water is significantly reduced.El Niño normally occurs around Christmas and usually lasts for a few weeks to a few months.Sometimes an extremely warm event can develop that lasts for much longer time periods. 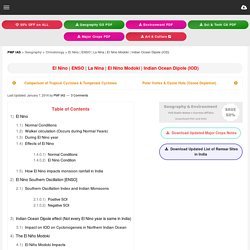 In the 1990s, strong El Niños developed in 1991 and lasted until 1995, and from fall 1997 to spring 1998. Normal Conditions In a normal year, a surface low pressure develops in the region of northern Australia and Indonesia and a high pressure system over the coast of Peru. As a result, the trade winds over the Pacific Ocean move strongly from east to west.The easterly flow of the trade winds carries warm surface waters westward, bringing convective storms (thunderstorms) to Indonesia and coastal Australia. Walker circulation (Occurs during Normal Years) During El Nino year Normal Conditions.

Natural gas is a much ‘dirtier’ energy source, carbon-wise, than we thought. In the thick of a Greenland summer of field work in 2015, Benjamin Hmiel and his team drilled into the massive ice sheet’s frozen innards, periodically hauling up a motorcycle-engine-sized chunk of crystalline ice. 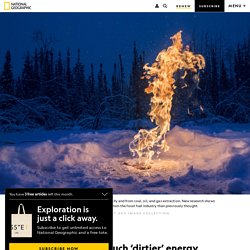 Instead, the researchers say, that methane is most likely attributable to industry. Key Concepts of the Philosophy of Friedrich Nietzsche. The Odyssey by Homer. Directive Principle of State Policy (DPSP) - Part-IV of Indian Constitution[Article 36-51] - Indian Polity. Articles 36-51 under Part-IV of Indian Constitution deal with Directive Principles of State Policy (DPSP). 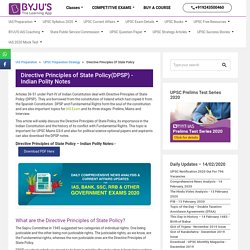 Everyone is a Neanderthal. What does the new study claim? 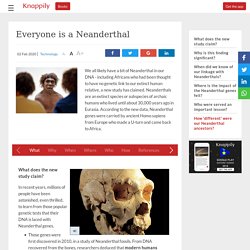 In recent years, millions of people have been astonished, even thrilled, to learn from those popular genetic tests that their DNA is laced with Neanderthal genes. Google keeps a scary amount of data on you. Here's how to find and delete it. Google collects a staggering amount of personal information about its users -- possibly even more than you realize. 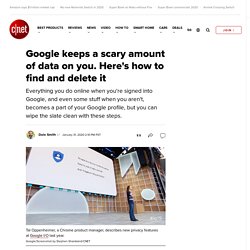 Google remembers every search you perform and every YouTube video you watch. Whether you have an iPhone ( $870 at Walmart ) or Android phone, Google Maps logs everywhere you go, the route you take to get there, when you arrive and what time you leave -- even if you never open the app. When you really take a look at everything Google knows about you, the results can be shocking -- maybe even a little frightening. Thankfully, there are a few things you can do about it. Now playing: Watch this: Let's talk about why privacy settings are a problem As a spate of data leaks and privacy violations continues to weaken the public's trust in big tech companies, Google has responded by creating a privacy hub that lets you access, delete and limit the data Google collects on you.

Find out what private information Google considers 'public' 1. 2. 3. 4. 5. Pottery – Evolution and significance – Civilsdaily. Pottery or ceramics or ceramic art refers to the creation of objects that are made up of hard brittle material produced from non-metallic minerals by moulding them while the material is wet and then firing them at high temperatures. 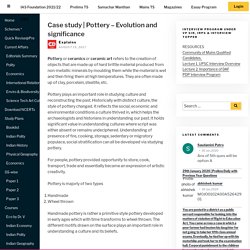 They are often made up of clay, porcelain, steatite, etc. Pottery plays an important role in studying culture and reconstructing the past. The four phases of constitutional interpretation. The Constitution of India came into force 70 years ago, on January 26, 1950. 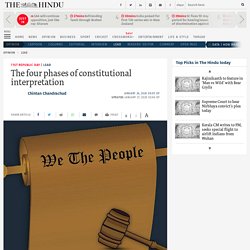 The enactment of the Constitution was an ambitious political experiment — with universal adult franchise, federalism in a region consisting of over 550 princely States, and social revolution in a deeply unequal society. However, it was equally a unique achievement in terms of constitutional design. Republic Day, especially this year, therefore provides us an opportunity to take a step back from political contestations about the Constitution and consider how the text has been interpreted by the courts over the last seven decades. Text as phase one. Wildlife Protection Act, 1972 - Salient Features, Provisions & Issues for UPSC Exam. The Indian Parliament enacted the Wildlife (Protection) Act in 1972, which provides for the safeguard and protection of the wildlife (flora and fauna) in the country. 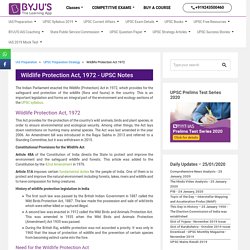 This is an important legislation and forms an integral part of the environment and ecology sections of the UPSC syllabus. Wildlife Protection Act, 1972. 13 Useful Psychology Tricks That You Need To Know. Explore more ideas with a Pinterest account Sign up to see more Continue with Facebook Continue with Google By continuing, you agree to Pinterest's Terms of Service, Privacy Policy Already a member? Earth has lost half of its wildlife in the past 40 years, says WWF. The number of wild animals on Earth has halved in the past 40 years, according to a new analysis. Creatures across land, rivers and the seas are being decimated as humans kill them for food in unsustainable numbers, while polluting or destroying their habitats, the research by scientists at WWF and the Zoological Society of London found. “If half the animals died in London zoo next week it would be front page news,” said Professor Ken Norris, ZSL’s director of science.

“But that is happening in the great outdoors. This damage is not inevitable but a consequence of the way we choose to live.” He said nature, which provides food and clean water and air, was essential for human wellbeing. “We have lost one half of the animal population and knowing this is driven by human consumption, this is clearly a call to arms and we must act now,” said Mike Barratt, director of science and policy at WWF. YouTube. Water worlds: the magic of New South Wales' ocean pools. The rise and fall of the Isis 'caliphate' Norway says its new giant oil field is good for the planet. Critics call it climate hypocrisy.

The oil-rich nation claims the Johan Sverdrup field, which was opened with pomp by the Prime Minister last week, is helping to "reduce emissions" because it is completely powered by renewable energy. "Johan Sverdrup is now open. That's good news for our investors, for Norway -- and for emissions," boasts the official website of Equinor, the Norwegian state company that operates the field. Its critics, however, see Norway's third-biggest oil field ever as a perfect symbol of the Scandinavian country's climate hypocrisy. Exclusion and ethnic strife: Story of Sri Lanka’s citizenship law. In 1964, Prime Ministers Lal Bahadur Shastri and Sirimavo Bandaranaike signed and agreement on giving citizenship to Indian Origin Tamils. Express Archive On December 18, a Home Ministry spokesperson seeking to address questions around the new citizenship law wrote on Twitter: “On different occasions special provisions have been made by Government in the past to accommodate the citizenship of foreigners who had to flee to India.

E.g. 4.61 lakh Tamils of Indian origin were given Indian citizenship during 1964-2008.” How the dinosaur-killing asteroid primed Earth for modern life. Near Earth Objects: AKA Asteroids.