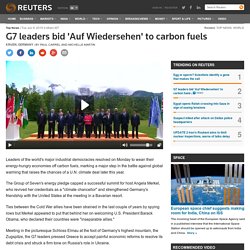 The Group of Seven's energy pledge capped a successful summit for host Angela Merkel, who revived her credentials as a "climate chancellor" and strengthened Germany's friendship with the United States at the meeting in a Bavarian resort. Ties between the Cold War allies have been strained in the last couple of years by spying rows but Merkel appeared to put that behind her on welcoming U.S. Merkel convinces Canada and Japan on CO2. It was a long, hard slog for German Chancellor Angela Merkel, but in the end the woman once dubbed the “climate chancellor” for her personal commitment to combating global warming pulled fellow G7 leaders to her side and triumphed over those resistant to putting an expiry date on fossil fuels.

Backed by French President François Hollande, U.S. President Barack Obama and EU leaders, the host of the summit in Schloss Elmau succeeded in putting tough, tangible commitments into the communiqué that the group agreed to Monday afternoon. That includes the crucial promise to reduce greenhouse gas emissions by 40 to 70 percent by 2050, compared to 2010 levels, and to limit global warming to below 2 degrees Celsius compared to pre-industrial levels.

Memes of Angela Merkel speaking to Barack Obama go viral. The German Chancellor was pictured with her arms outstretched as she engaged a relaxed looking U.S. president outside Elmau castle in the Bavarian village Kruen yesterday afternoon. 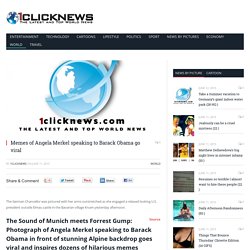 Could not load plugins: File not found G7 leaders say goodbye to carbon fuels Group of Seven leaders agree to wean their energy-hungry economies off carbon fuels, marking a major step in the battle against global warming. 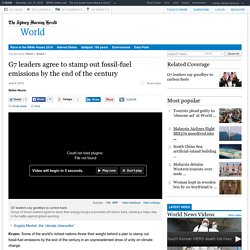 G7 summit, climate change: World should phase out fossil fuels by 2100. Photo by Carl Court/Getty Images In a joint declaration from the G7 summit, leaders of the world’s richest countries called for a global phase-out of fossil fuels for the first time on Monday. 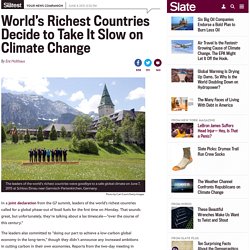 That sounds great, but unfortunately, they’re talking about a lax timescale—“over the course of this century.” The leaders also committed to “doing our part to achieve a low-carbon global economy in the long-term,” though they didn’t announce any increased ambitions in cutting carbon in their own economies.