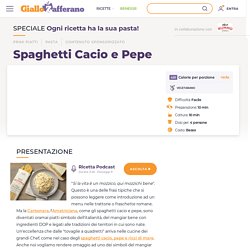 Creamy Lemon Zucchini Pasta Recipe. I loved it, made it with pesto I had already in place of the parmesan/basil/lemon. 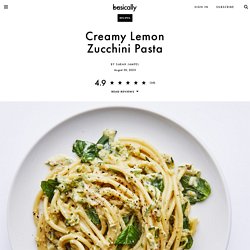 Would absolutely make it again as written.AnonymousSouthern California10/9/2020I think I could eat this every day, it was soooo good. There was a fair amount of work involved, but the results were so good that I didn't really care. Cheesy Baked Pasta with Cauliflower Recipe. A great chef once gave me the tip to add Velveeta cheese to mac n' cheese. 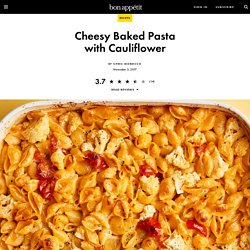 He made lobster mac n' cheese with it. Yup, Velveeta! So that's what I did here, added lots of Velveeta Sharp cheese in place of the provolone. Skipped the tomatoes (blech), kept the cauliflower, added a crunchy bread crumb topping (bread crumbs or panko with melted butter), and the kids and adults loved it. Butternut Squash Baked Pasta Recipe. Good squash recipe! 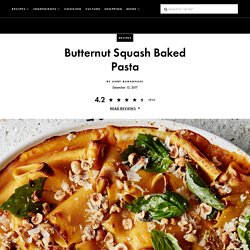 A little bland, like others said, and I added some nutmeg and lemon juice. I used about a cup less of stock and the consistency was perfect.LaurenDetroit, MI11/9/2020Was debating making these for weeks based on mixed reviews. Finally pulled the trigger two nights ago. Spicy Baked Pasta Recipe. Baked Pasta alla Norma Recipe. Not quite as bad as some of the other reviewers make out but I wouldn't make it again.AnonymousMiami, FL9/8/2020I expect more from BA, followed many suggestions in the comments, less pasta, add H20, second bake for 20 mins. 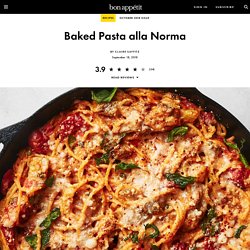 Crunchy top and last few bites with extra veg was good, everything else was just dry, bland overcooked pasta. If making double your veg or half your pasta. Too many tasty ingredients wasted for me to have another go at it. Creamy Pasta with Mushrooms Recipe. I added white wine and blue cheese ! 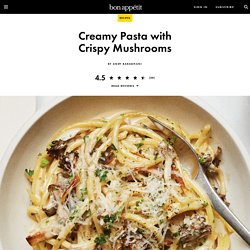 AnonymousLONDON11/2/2020I just made this tonight. It was easy to follow and the lemon and parsley cuts the heavy cream that I usually have in my mushroom cream sauce. Paccheri saporiti in padella. Cari lettori, 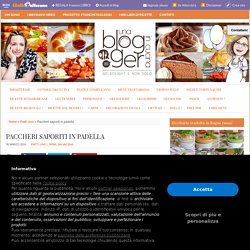 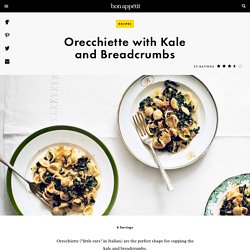 Using tongs, transfer to a rimmed baking sheet; let cool. Set aside pot with water. Greens and Cheese Vegetable Lasagna Recipe. I can’t wait to make this again- and make a double recipe so I can freeze even more and eat it again and again! 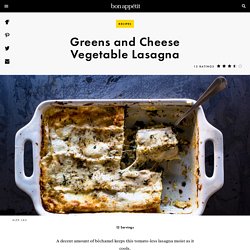 The lemon zest in the ricotta brings the perfect brightness to the whole thing. I was concerned about it being dry based on another review- but there was actually moisture from the greens that came up through the top layer of mozzarella while cooking and then settled back in while it rested. Not dry at all- followed directions very closely. Soba noodles (or whole grain spaghetti?) with crispy kale. This recipe was SO good! 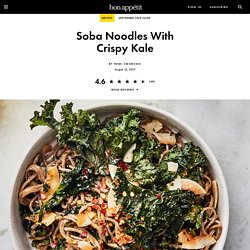 I didn't have coconut flakes, but used about 3/4 cups of unsweetened shredded coconut. I toasted the shredded coconut separately, as I was worried about it burning. I also reduced the oil in the dressing from 1/2 cup to 6 tablespoons (2 tbsp shy of 1/2 cup). Next time I'll add some crispy baked tofu as well. I loved the brightness the lime adds to the dressing. Herbed summer squash pasta bake. One of the things I’ve first-world struggled with since the beginning of this incubation period is a lack of appetite. Of course, there’s the glib side of me — great for managing weight gain! Why “eat for two” if you can eat for half?!

— but mostly, it’s a bummer. I thought that after the first trimester nausea passed, I’d be good to go and yes, I’m back to eating regular meals, but my enthusiasm has only returned in short bursts. Sure, I’ve shamelessly consumed all matter of crispy eggs with soy sauce, sesame oil and chile flakes (flipped only long enough to keep the food police at bay, or so I tell you). And so, with just a couple weeks to go and with the additional invader of final-stretch fatigue, rather than continuing to try to push myself to cook things I lose interest in halfway — a saffron-brothed couscous salad from last week is the latest victim — I’m instead shifting my focus to future meals. So, let’s talk about freezer meals. Spaghetti Aglio e Olio with Lots of Kale Recipe. I was hesitant to try this recipe because looking at the ingredients I thought it would taste too bland. I had some kale in the refrigerator, so I finally decided to try this recipe. If you cook the kale right, it adds a surprisingly nice flavor to the pasta.