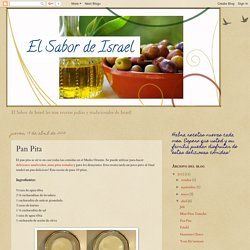 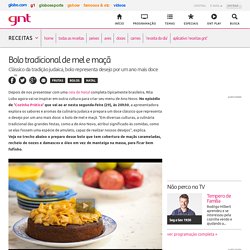 The Ultimate Gluten-Free Challah Recipe. The first bread I ever learned to bake was challah. 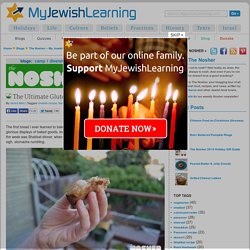 My grandmother was a rebbetzin famous for her glorious displays of baked goods, including challah. Once I started baking myself, my favorite time of the week was Shabbat dinner, when we’d lift the cover to reveal my braided loaves. We would all sigh, stomachs rumbling. After a year of exploring the wonderful world of baking bread, my one-woman gluten fest came to a rather rude end. Make latkes the rye bread of your deli sandwich. NEW YORK (JTA) — There’s nothing quite like that first night of Hanukkah: a platter full of hot, crispy latkes and the accompanying applesauce and sour cream. 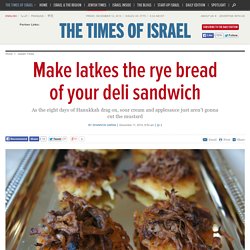 It’s classic, delicious and a beloved comfort food for so many American Jews. Get The Times of Israel's Daily Edition by email and never miss our top stories Free Sign up! But by the third or fourth night, I need a change of pace for my latkes. Or to be more specific, I crave some other toppings. While I love dipping my latkes into a healthy serving of rich sour cream, I also relish serving meat with latkes, specifically pulled brisket.

Throw a “top your own” latkes party and make an array of creative toppings — like the brisket or spicy cranberry applesauce recipes offered below — or tell your guests to bring their favorites. Joan Nathan's Chosen Challah. Video: Joan Nathan Makes the Ultimate Stuffed Cabbage for Sukkot – Tablet Magazine. Stuffed vegetable dishes are traditionally served on Sukkot—often in make-ahead, one-pot casseroles that can be served outside in the sukkah. 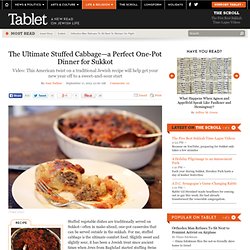 For me, stuffed cabbage is the ultimate comfort food. Slightly sweet and slightly sour, it has been a Jewish treat since ancient times when Jews from Baghdad started stuffing Swiss chard and beet greens with rice, meat, and onions, and cooked them with beets, a bit of tamarind, and some lemon in a dish called mahshi. As Jewish merchants traveled around the world, they brought their recipes along, varying the stuffed vegetables by region. 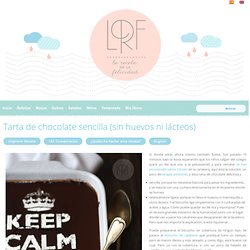 Make a small well in the flour and add in the egg. Stir the mixture with a whisk (or fork). Then add the Lactofree semi-skimmed and water to make a batter. Heat some vegetable oil in a large frying pan and using a ladle, pour a spoonful of the pancake mixture into the hot pan. A slice of pie: ten traditional American desserts. Introducing Orly and Her Poppyseed Cake. Ingredients Directions Before I start I would like to thank Jamie and Tamar for the opportunity to write a regular guest blog on Joy of Kosher. 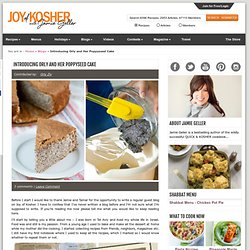 I have to confess that I've never written a blog before and I'm not sure what I'm supposed to write. If you're reading me now please tell me what you would like to keep reading here. I'll start by telling you a little about me – I was born in Tel Aviv and lived my whole life in Israel. Shepherd's chocolate ice cream recipe. We call it 'shepherd's' ice cream because it's made with sheep's yogurt, which just makes it feel incredibly indulgent and creamy beyond belief. 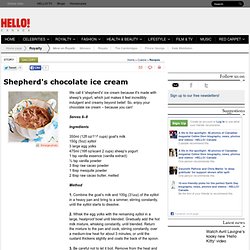