Wisdom. Raise Your Vibrational Frequency to Higher Consciousness and Heal. To Be Made of Light - A Documentary of Our Transformation - Hopi Blue Star Elenin. 21 Traits of an Awakening Soul. Activist Post You can say its because of a global shift in consciousness , a destiny we have arrived at due to spiritual evolution, or the outcome of strange times, but, many people all across the globe are going through intense personal changes and sensing an expansion of consciousness. 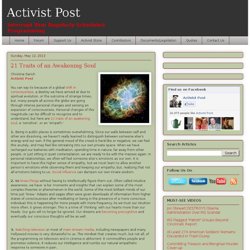 Personal changes of this magnitude can be difficult to recognize and to understand, but here are 21 traits of an awakening soul , a ‘sensitive’, or an ‘empath.’ 1. Being in public places is sometimes overwhelming. Since our walls between self and other are dissolving, we haven’t really learned to distinguish between someone else’s energy and our own. 2. 3. 4. 5. 6. 7. 8. 9. Consciousness: Mind Over Matter. ZERO POINTS OF SEPARATION - Quantum & Zero Point Energy Humans. Bashar & Infected Mushroom 2012 - Love Energy. Laura Eisenhower speaks on Love, 2012, DNA, UFO's and more.. 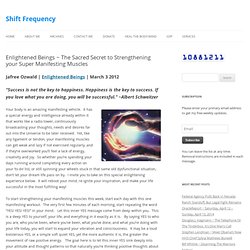 Happiness is the key to success. If you love what you are doing, you will be successful.” ~Albert Schweitzer Your body is an amazing manifesting vehicle. To start strengthening your manifesting muscles this week, start each day with this one manifesting workout. As you will discover, the word YES has many dimensions to it. In a short time you’ll find that YES is the most powerful word in the dictionary that will totally transform your life.

The essential manifesting secret here is to continue repeating the YES thought, vibration and FEELING as much as you can throughout your day. “Let the beauty we love be what we do. As your practice working out your YES muscle this week, you’ll soon notice there are certain areas of life that are more challenging to say YES to than others. As the magical YES energy increases inside you, you’ll start to feel more empowered, liberated and energized about everything! Oneness The Movie. Walking With The Master HD. The Dalai Lama's 18 Rules For Living. Welcome to a world once hidden from you. 99 Ways To Help You Live More Consciously: How To Raise Your Vibration. By Drew Guest Writer for Wake Up World Below are 99 ways to help you live life in a conscious way. 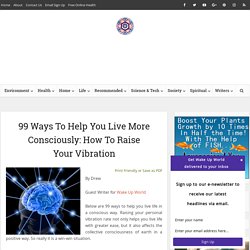 Raising your personal vibration rate not only helps you live life with greater ease, but it also affects the collective consciousness of earth in a positive way. So really it is a win-win situation. As always, take away what makes you feel good and light within. Paradigm Shift/Noosphere. 1.24.6.11, Kin 104–Yellow Cosmic Seed Only when the last tree has died, the last river been poisoned, the last fish has been caught, will we realize that we can’t eat money. 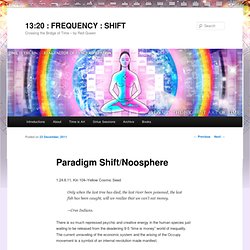 —Cree Indians. There is so much repressed psychic and creative energy in the human species just waiting to be released from the deadening 9-5 “time is money” world of inequality. The current unraveling of the economic system and the arising of the Occupy movement is a symbol of an internal revolution made manifest. The collective voice is rising up in peaceful resistance to the 12:60 “time is money” machine civilization that makes us pay to be born, pay to live and pay to die. This inhumane and outdated paradigm is based on living in an artificial time that is totally disobedient to the laws of nature. Those who are struggling, take heart; do your best to occupy your mind with spiritual abundance.

The old civilization is crumbling, yet a new system is not yet in place—at least not in the third dimension. Like this: Please lets love & protect & care for our fellow plant, human, animal & insect Beings of this world. Wisdom of the Elders: The Time is Now. Either It Is Love Or It Is Not. YOU ARE A MASTER. Terence McKenna - The Message. Mind over Matter: Secrets of human aura revealed by Russian scientists. Russian scientist: "Consciousness directly influences our world" Russian Scientist Unlocking the Mysteries of the Human Aura A Russian scientist is trying to convin... 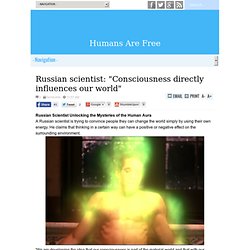 Russian Scientist Unlocking the Mysteries of the Human AuraA Russian scientist is trying to convince people they can change the world simply by using their own energy. He claims that thinking in a certain way can have a positive or negative effect on the surrounding environment. 'We are developing the idea that our consciousness is part of the material world and that with our consciousness we can directly influence our world,' said Dr. Konstantin Korotkov, a professor of physics at St. Petersburg State Technical University. To bridge our understanding of the unseen world of energy, scientific experiments are being carried out using a technique called bioelectrophotography. The assumption is that we are constantly emitting energy. 'It looks like an aura – but I don't like this word because it has some metaphysical meaning – I prefer the word 'energy field,' Korotkov told RT. Welcome To The Matrix A School For Creator Gods. 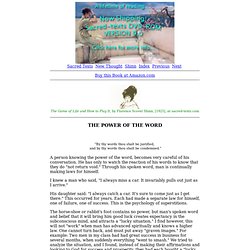 KYMATICA - FULL LENGTH MOVIE - Expand Your Consciousness. Self Observation. In lak'ech - I am Another Yourself. Jonathan " adampants" - The HEALING begins NOW.