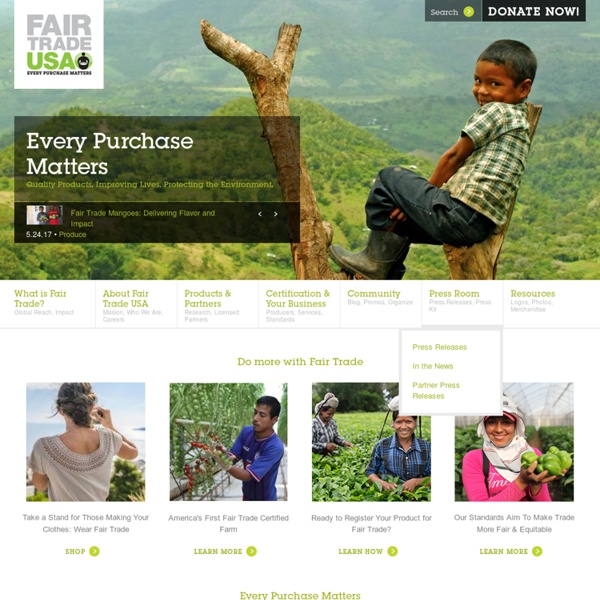 The Love-Vegan Survival Guide (ve-gan. n.) – A person who abstains from eating any animal product. This includes meat, dairy, seafood, eggs, honey, and gelatin. 1. Read ingredient labels – You will find that you buy foods time after time. You will obviously know what’s what in these foods. When you buy new foods however, ALWAYS check! European Fair Trade Association EFTA (the European Fair Trade Association) is an association of ten Fair Trade importers in nine European countries (Austria, Belgium, France, Germany, Italy, The Netherlands, Spain, Switzerland and the United Kingdom). EFTA was established informally in 1987 by some of the oldest and largest Fair Trade importers. It gained formal status in 1990.

Biodegradable A “biodegradable” product has the ability to break down, safely and relatively quickly, by biological means, into the raw materials of nature and disappear into the environment. These products can be solids biodegrading into the soil (which we also refer to as compostable), or liquids biodegrading into water. Biodegradable plastic is intended to break up when exposed to microorganisms (a natural ingredient such as cornstarch or vegetable oil is added to achieve this result). Sustainable disposal of any product requires that its wastes return to the earth and are able to biodegrade. Nature biodegrades everything it makes back into basic building blocks, so that new living things can be made from the old. The Environmental Impact Of The Fashion Industry. Dear EarthTalk: Can you enlighten on the environmental impact of the fashion industry? As I understand it, the industry overall is no friend to the environment. According to the non-profit Earth Pledge, today some 8,000 synthetic chemicals are used throughout the world to turn raw materials into textiles.

Meat the Truth From the author: Climate Change and Global Warming - yes I know, it's a hoax, it's a scam and designed to keep us in fear and implement a Carbon Tax, as if we aren't already taxed to death. This video discusses an issue that is almost always overlooked when officials and science discuss climate. What about the 90 BILLION animals raised for food production. The energy to grow their food, to feed them, to transport them, to slaughter and finally to your local grocer in the form of packaged flesh OR prepared / frozen meals and various by-products. Let's not forget these billions of beings produce massive amounts of feces and urine and it has to go somewhere.

How to have a green wedding How to have a green wedding Go green for your wedding Due to the rising consciousness concerning the surroundings, some couples have set to try to their bit for the planet and omit extravagant waste from their “green weddings”. applied scientist DiCaprio’s picture has brought “blood diamonds” to the forefront and gold too isn’t as noble a metal as you would possibly suppose as a result of its typically mined in inhuman conditions by staff World Health Organization square measure exposed to zootoxic chemical releases within the mines. Designing an eco-friendly wedding is not as tough as you would possibly suppose.

Creative Recycled Art, Architecture, and Design Many people associate environmentalism with gloom-and-doom predictions about the planet. While climate change is a serious issue, many artists, architects and other designers are also working on smaller scale green projects that both effect the environment and cause change by sparking discussion and reflection. While the actual direct impact of any given artwork or design may be small the cumulative result of their efforts is palpable and grows bigger with each creative and sustainable design or art project. Trash and Garbage Art (and Part Two ): Have you ever been to the art store to buy materials? They don’t come cheap. While saved expenses are a bonus, most garbage artists use trash to create their artworks for other reasons.

The Pet Tree House Sochi, Russia - A dog shelter backed by a Russian billionaire is engaged in a frantic last-ditch effort to save hundreds of strays facing a death sentence before the Winter Olympics begin here. Already, hundreds of animals have been killed, with the local authorities apparently wanting the stray dogs cleared from the streets before Friday’s opening ceremony. While the authorities say the dogs can be wild and dangerous, reports of their systematic slaughter by a pest removal company hired by the government in recent months have outraged animal rights advocates and cast a gruesome specter over the traditionally cheery atmosphere of the Games. The handling of the matter has also sharply undercut the image of a friendlier, welcoming Russia that President Vladimir V. Putin has sought to cultivate in recent months.

Should Animal Circuses Be Banned? - Infographic on Animal Abuse Animals In Circuses Circus - "An arena often covered by a tent and used for variety shows usually including feats of physical skill, wild animal acts, and performances by clowns" - Merriam Webster Dictionary Animal Abuse Statistics The earliest circuses originated in 14th century Rome but the modern circuses were introduced in the 18th century by Philip Astley in London. Astley's show featured clowns and jokers, acrobats, gymnasts, musicians and dancers.