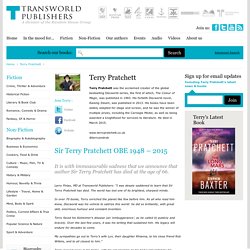 The world has lost one of its brightest, sharpest minds. In over 70 books, Terry enriched the planet like few before him. As all who read him know, Discworld was his vehicle to satirize this world: he did so brilliantly, with great skill, enormous humour and constant invention. Terry faced his Alzheimer’s disease (an ‘embuggerance’, as he called it) publicly and bravely. Over the last few years, it was his writing that sustained him. My sympathies go out to Terry’s wife Lyn, their daughter Rhianna, to his close friend Rob Wilkins, and to all closest to him.” Terry passed away in his home, with his cat sleeping on his bed surrounded by his family on 12th March 2015. A Just Giving page donating to the Research Institute for the Care of Older People (RICE) has been set up in his memory: Jack Prelutsky. Philip Reeve ~ Welcome. Matthew Reilly, the New York Times bestselling author. 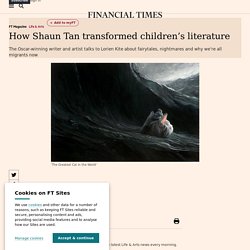 Sample the FT’s top stories for a week You select the topic, we deliver the news. The stepmother said at once, “That’s a dreadful crime. The murderer should be put in a barrel studded with nails, and rolled downhill into the water.” “Then that is what we shall do,” said the king. He ordered such a barrel made, and as soon as it was ready, the woman and her daughter were put inside and the top was nailed down. It is episodes such as this, from Philip Pullman’s retelling of “The Three Little Men in the Woods”, that explain why the tales of the Brothers Grimm are not so prominently displayed in the children’s sections of British bookshops these days. Shaun Tan, the latest artist to give form to these German folk stories collected in the early 19th ­century, is not one to shy away from difficult subject matter. 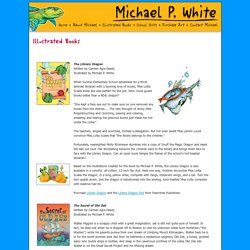 White When Sunrise Elementary School advertised for a thick-skinned librarian with a burning love of books, Miss Lotta Scales knew she was perfect for the job. Who could guard books better than a REAL dragon? "She kept a fiery eye out to make sure no one removed any books from the shelves.... The very thought of sticky little fingerstouching and clutching, pawing and clawing, smearing and tearing her precious books just made her hot under the collar. 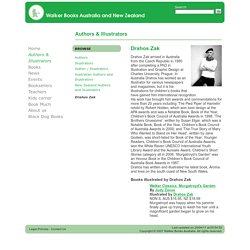 In Australia Drahos has worked as an Illustrator for various newspapers and magazines, but it is his illustrations for children’s books that have gained him international recognition. Markus Zusak.