The History of Art

Week2 Creed MonstrousFeminine. The Case for Surrealism. Theconversation. Theconversation. The opening to John Berger’s most famous written work, the 1972 book Ways of Seeing, offered not just an idea but also an invitation to see and know the world differently: “The relation between what we see and what we know is never settled,” he wrote. 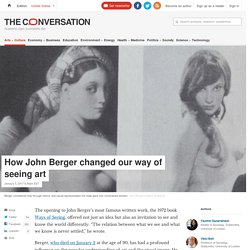 Berger, who died on January 2 at the age of 90, has had a profound influence on the popular understanding of art and the visual image. He was also a vibrant example of the public intellectual, using his position to speak out against social injustices and to lend his support to artists and activists across the world. Berger’s approach to art came most directly into the public eye in four-part BBC TV series, Ways of Seeing in 1972, produced by Mike Dibb and which preceded the book. “Berger’s theoretical legacy”, the Indian academic Rashmi Doraiswamy wrote recently, “is in situating the look in the context of political otherness”. Typeset In The Future. After studying Alien in intimate detail, it’s time to look at the typography and design of Ridley Scott’s other classic sci-fi movie, Blade Runner. 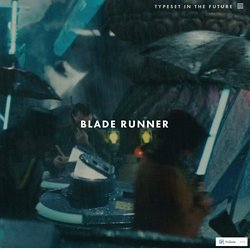 Based on Philip K. Dick’s novel Do Androids Dream of Electric Sheep? , Blade Runner cements Scott’s reputation for beautiful, gritty, tech noir science fiction. (As with my previous articles, I should note that there are spoilers aplenty throughout the next 5,000 words. Trump Tower Was Never Actually That Tacky. The entrance to Trump Tower (Photo: Rev Stan/flickr/CC BY 2.0) To enter the atrium of 725 Fifth Avenue, open to the public from 8 a.m. to 10 p.m., you must pass through the black gateway and underneath the two-foot-high letters, burnished in gold, that have spelled out, since the early '80s, exactly whose building this is. 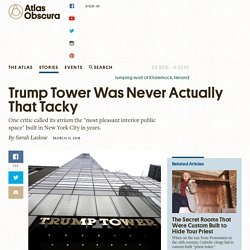 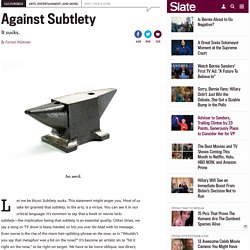 This statement might anger you. Most of us take for granted that subtlety, in the arts, is a virtue. You can see it in our critical language: It’s common to say that a book or movie lacks subtlety—the implication being that subtlety is an essential quality. Pantone: How the world authority on color became a pop culture icon. Colors are tricky. 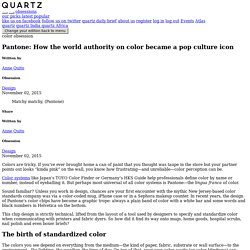 If you’ve ever brought home a can of paint that you thought was taupe in the store but your partner points out looks “kinda pink” on the wall, you know how frustrating—and unreliable—color perception can be. Color systems like Japan’s TOYO Color Finder or Germany’s HKS Guide help professionals define color by name or number, instead of eyeballing it. But perhaps most universal of all color systems is Pantone—the lingua franca of color. Sound familiar? Unless you work in design, chances are your first encounter with the mythic New Jersey-based color standards company was via a color-coded mug, iPhone case or in a Sephora makeup counter.

This chip design is strictly technical, lifted from the layout of a tool used by designers to specify and standardize color when communicating with printers and fabric dyers. Poetry slam. A poetry slam is a competition at which poets read or recite original work. 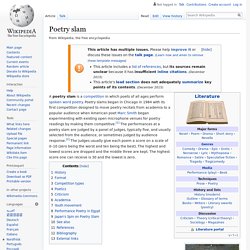 These performances are then judged on a numeric scale by previously selected members of the audience. History[edit] Format[edit] Constructivism (art) Constructivism was an artistic and architectural philosophy that originated in Russia beginning in 1919 and was a rejection of the idea of autonomous art. 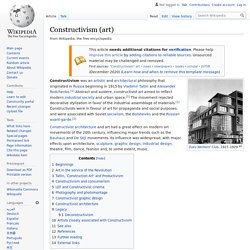 The movement was in favour of art as a practice for social purposes. Constructivism had a great effect on modern art movements of the 20th century, influencing major trends such as the Bauhaus and De Stijl movements. Its influence was pervasive, with major impacts upon architecture, graphic design, industrial design, theatre, film, dance, fashion and to some extent music. The Cult of Amazon: Meet the Most Hardcore Reviewers on the Site. Publishers and writers can lament books becoming an irrelevant part of American culture, but compared to the hermetically sealed world of classical music they have nothing to complain about. 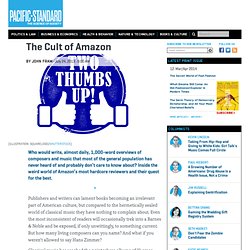 Even the most inconsistent of readers will occasionally trek into a Barnes & Noble and be exposed, if only unwittingly, to something current. But how many living composers can you name? And what if you weren’t allowed to say Hans Zimmer? Classical music has reached the point where albums of Thomas Tallis songs now bear the label: “Features Spem in Alium, as mentioned in Fifty Shades of Grey.” Movies are classical music’s primary mode of transmission these days. If none of these names mean anything to you, don’t worry; The classical music world has always preferred its dead giants to its living ones and has long resented anyone born after 1850. Where the physical world falters, the Internet will pick up the slack. The 20th century had a profound impact on classical music. We’re getting off course.

In conversation with Paul Guyer - four by three magazine.