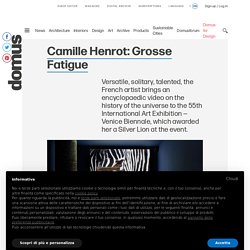 Born in 1978. For several years now, French artist Camille Henrot has been exploring the multiplication of the illusion of power versus the actual control that is contained in the way we look at the world. Until now, she has done so from the position that France's art world reserves for its non-militant female artists, which is to say the most uncomfortable one there is. Women artists receive no forgiveness in this country lying just over the Alps from Italy — nor perhaps do they in most of "Latin" Europe. Hollis Frampton Zorns Lemma. youtube. Manifesto – Prototype. When Jia Tolentino wrote that the internet seemed like a pretty good place at first, I knew exactly what she meant. 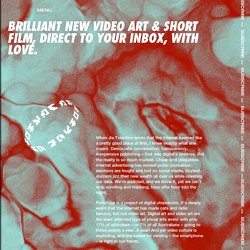 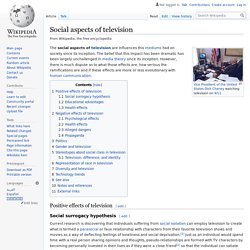 The belief that this impact has been dramatic has been largely unchallenged in media theory since its inception. However, there is much dispute as to what those effects are, how serious the ramifications are and if these effects are more or less evolutionary with human communication. Positive effects of television[edit] Social surrogacy hypothesis[edit] Educational advantages[edit] Allgemein - n.b.k. - Video_Forum. The n.b.k. 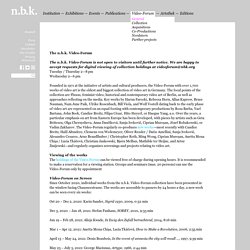 Video-Forum The n.b.k. Video-Forum is not open to visitors until further notice. AFI Films Archive - Whitechapel Gallery Archive. 2020 - Approaching a Ghost - Victoria Verseau. The video work ‘Approaching a Ghost’ is selected to be the Swedish contribution in Artists' Film International 2021. 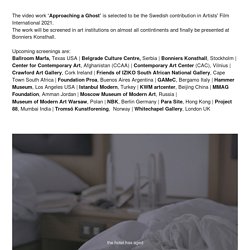 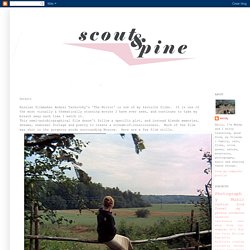 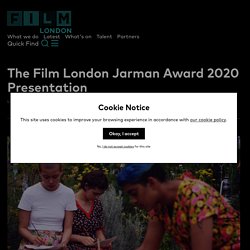 UbuWeb Film & Video: Elizabeth Price - The Woolworths Choir of 1979 (2012) THE WOOLWORTHS CHOIR OF 1979 2012 is a large-scale digital video projection that combines archive footage, music and text. 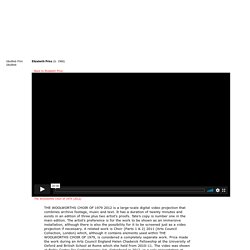 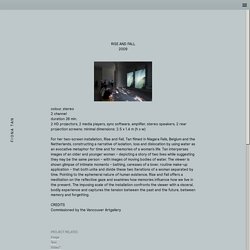 Monitoring – Exhibition for Time-Based Media Art / Kasseler Dokfest. The exhibition Monitoring is a section of Kassel Dokfest and presents up to 20 art installations that are based on cinematic, audiovisual or digital approaches. 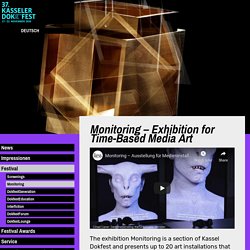 It provides a platform for time-based media art in the three-dimensional space as a complement to the film program of the festival. Installations of any topic and form can be submitted. A selection committee of cultural professionals, artists and curators decides which installations are to be presented in the exhibition. Exhibition. The Case for Video Art. Alex Da Corte - Daggering (2011)</a> Alex Da Corte Slow GRaffitti An Artist Remakes a Film Classic — With Frankenstein’s Monster. The artist Alex Da Corte’s elaborate installations are often carnivalesque, filled with strange sculptural objects (motorized plastic swans, an enormous box of Kleenex, a cat-shaped neon sign) and otherworldly environments.

That makes Vienna Secession — one of the classic white cube galleries in Europe, where Da Corte is currently the subject of a solo show — a rather unexpected place to encounter his work. Candice Breitz TREATMENT (Composite), 2013. Sampha: Process (2017) Trailer on MUBI. Patrick Jolley. Main : MARTIN HEALY. IMMA Screen #4. Isabel Nolan. We are delighted to present Isabel Nolan’s two video works as the fourth instalment of IMMA Screen. While Sloganeering 1-4 (2001) has been part of the IMMA Collection since 2002, The Condition of Emptiness (2007), was acquired more recently as part of a major donation of the Kerlin Gallery Collection to the museum in 2018. In addition to the two videos, a recently recorded interview between Isabel Nolan and Christina Kennedy, Head of Collections, IMMA, is also available further down this page.

Alongside this, a series of recordings relating to Nolan’s work from the IMMA Audio Archive are available in the ‘Additional Resources’ section. These include the audio work titled The Three Body Problem (2014), a conversation between Nolan and writer Sally O’Reilly and an introduction by curator Karen Sweeney to Isabel’s 2014 solo exhibition at IMMA, titled The weakened eye of day. About the works: The work explores the line between the desire for self-seclusion and its associated anxieties.

Wendy McMurdo. Chat Room (2019) is the latest iteration of Wendy McMurdo’s ongoing body of work exploring the relationship between young people and the digital world. In this piece, she uses animation, pixel replacement and still photography to explore the hyper-connected world of gaming. What does it mean to grow up in a world of constant connection where reality and simulation often seamlessly converge? In Chat Room, the four walls of the school room are transformed into the shifting borders and terrains of the game – a world where simulation takes over and the laws of gravity are suspended.

Kristin Reiman The Drowse. Alter Bahnhof Video Walk Cardiff and Miller. Ploughing up my Practice. Ploughing up my Practice Mini DV transferred to Digital Colour projection with soundDuration: 05.21mins An artist walking in the countryside attempts an improvised rap in order to explain the changes undergoing her practice. Deploying a ritualistic approach, the artist engages with standing stones and other rural phenomena, in order to invoke desirable outcomes from both galleries (non-profit) and funding bodies. This notion of repetition, a kind of erasure of the past, whilst evoking the present, brings to mind a little known fact about Derrida.

Lottie Davies - Artist, Photographer, Writer. This is the fictional story of a young man, William Henry Quinn, who is walking from the south-west of England to the far north of Scotland in post Second World War Britain. Although fictional, the work is in response to the real experiences of young men and women post-trauma, both in the early twentieth century and now. The life changes imposed on each generation by conflict and global socio-economic collapse as well personal tragedy produces a constant stream of people left untethered in the world, often literally travelling in any way they can, to find a new home, a new purpose and to rebuild their place in the world. As we follow Quinn on his odyssey, we travel with him on a physical and metaphorical journey mediated by the British landscape, which is both changed and unchanged since the 1940s. Walled Unwalled (2018) by Lawrence Abu Hamdan. Artists’ Films: Simon Faithfull, Going Nowhere series. The films will be screening on Thursday 13 – Sunday 16 September, then again from Thursday 20 – Friday 21 September 2018.