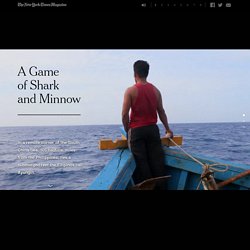 Satellite imagery: NASA In most ways it resembles the hundreds of other reefs, islands, rock clusters and cays that collectively are called the Spratly Islands. But Ayungin is different. In the reef’s shallows there sits a forsaken ship, manned by eight Filipino troops whose job is to keep China in check. The Literature Network: Online classic literature, poems, and quotes. Essays & Summaries. Welcome to Sanditon. Welcome to Sanditon is a modern multiplatform adaptation of Jane Austen’s unfinished novel “Sanditon.” 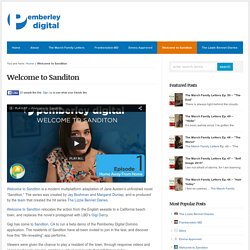 The series was created by Jay Bushman and Margaret Dunlap, and is produced by the team that created the hit series The Lizzie Bennet Diaries. Welcome to Sanditon relocates the action from the English seaside to a California beach town, and replaces the novel’s protagonist with LBD’s Gigi Darcy. Gigi has come to Sanditon, CA to run a beta demo of the Pemberley Digital Domino application. The residents of Sanditon have all been invited to join in the test, and discover how this “life-revealing” app performs. Viewers were given the chance to play a resident of the town, through response videos and social media role-playing, creating a virtual community that still thrives today. Dive into the story or see what happened to Gigi previously. Pemberley Digital. Pemberley Digital presents Emma Approved, a full-­length adaptation of Jane Austen’s classic Emma. 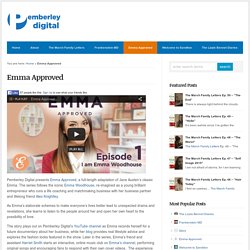 The series follows the iconic Emma Woodhouse, re-imagined as a young brilliant entrepreneur who runs a life coaching and matchmaking business with her business partner and lifelong friend Alex Knightley. As Emma’s elaborate schemes to make everyone’s lives better lead to unexpected drama and revelations, she learns to listen to the people around her and open her own heart to the possibility of love. The story plays out on Pemberley Digital’s YouTube channel as Emma records herself for a future documentary about her business, while her blog provides real lifestyle advice and explores the fashion looks featured in the show. Later in the series, Emma’s friend and assistant Harriet Smith starts an interactive, online music club on Emma’s channel, performing original songs and encouraging fans to respond with their own cover videos. 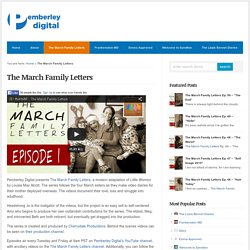 The series follows the four March sisters as they make video diaries for their mother deployed overseas. The videos document their love, loss and struggle into adulthood. Headstrong Jo is the instigator of the videos, but the project is an easy sell to self-centered Amy who begins to produce her own outlandish contributions for the series. The eldest, Meg, and introverted Beth are both reticent, but eventually get dragged into the production. Welcome To The Amanda Project § The Amanda Project. Pi's Epic Journey - LIFE OF PI on Digital HD. Volvo Trucks Driver Gear: Travis. Welcome to Pine Point. 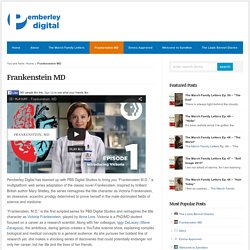 Inspired by brilliant British author Mary Shelley, the series reimagines the title character as Victoria Frankenstein, an obsessive, eccentric prodigy determined to prove herself in the male-dominated fields of science and medicine. “Frankenstein, M.D.” is the first scripted series for PBS Digital Studios and reimagines the title character as Victoria Frankenstein, played by Anna Lore. Victoria is a PhD/MD student focused on a career as a research scientist. Along with her colleague, Iggy DeLacey (Steve Zaragoza), the ambitious, daring genius creates a YouTube science show, explaining complex biological and medical concepts to a general audience. Episodes air every Tuesday and Friday on the PBS Digital Studios YouTube channel. “Frankeinstein, M.D.” merchandise is available from DFTBA.com. Menu – Julian Fellowes's Belgravia. 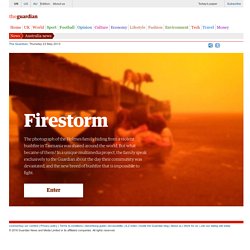 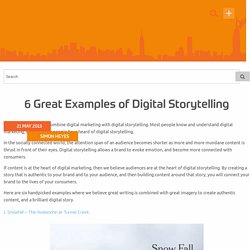 Most people know and understand digital marketing, but far fewer people have heard of digital storytelling. In the socially connected world, the attention span of an audience becomes shorter as more and more mundane content is thrust in front of their eyes. Digital storytelling allows a brand to evoke emotion, and become more connected with consumers.