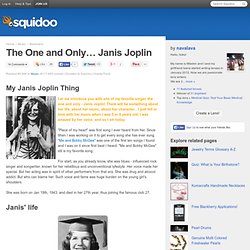 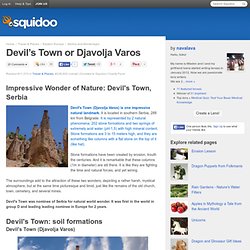 "Devil's Water" ("Djavolja voda"), which is located in vicinity of these soil columns, pillars, is a cold and extremely acid spring (pH 1.5) of high mineral concentration (15 g/l of water), springing out in "Devil's Gully", which is surrounding the soil columns. In comparison to drinking water, it is 10 to 1000 times richer in minerals (aluminium, iron, potassium, copper, nickel, sulphur, and alaun). "Red Well" ("Crveno vrelo") is another spring located downstream, in the alluvial plain, 400 m away from the first spring. 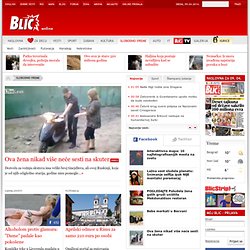 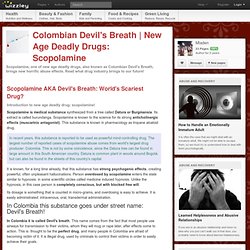 Its extract is called burundanga. Scopolamine is known to the science for its strong anticholinergic effects (muscarinic antagonist). This substance is known in pharmacology as tropane alcaloid drug. In recent years, this substance is reported to be used as powerful mind-controlling drug. The largest number of reported cases of scopolamine abuse comes from world's largest drug producer: Colombia. Crocodile Drug AKA Zombie Drug. A month ago, I was working in ER and the female patient came in asking for help. 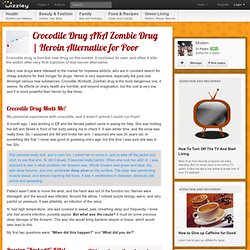 She was holding her left arm flexed in front of her body asking me to check it. Dissociative Fugue or Psychogenic Fugue. Dissociative fugue, or psychogenic fugue is caused by defect in mental integration of identity and counsciousness. 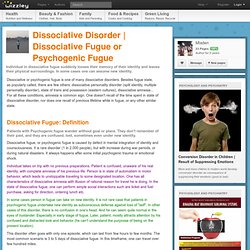 It is rare disorder (1 in 2.000 people), but with increase during war periods, or during natural disasters. It always happens after some initial psychogenic trauma or emotional shock. Individual takes on trip with no previous preparations. Patient is confused, unaware of his real identity, with complete amnesia of his previous life.

Person is in state of automatism in motor behavior, which leads to unstoppable traveling to some designated location. Conversion Disorder in Children. Two weeks ago I had a 14 years old patient with signs of right hemiplegia. 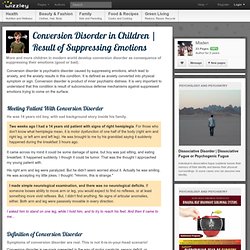 For those who don't know what hemiplegia mean, it is motor dysfunction of one half of the body (right arm and right leg, or left arm and left leg). He was brought to me by his granddad saying it suddenly happened during the breakfast 3 hours ago. It came across my mind it could be some damage of spine, but boy was just sitting, and eating breakfast. It happened suddenly. I though it could be tumor. His right arm and leg were paralyzed. I made simple neurological examination, and there was no neurological deficits. I asked him to stand on one leg, while I hold him, and to try to reach his feet. Afterwind: World-Map-Based Game. Match starts by choosing your starting country. 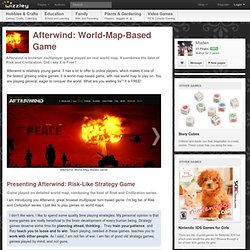 Every match has determined amount of money you start with. Every country has its price. Choose wisely, you don't want to spend all the money for buying a state.