New study uncovers the distinct acute subjective effects of MDMA and LSD. MDMA induces only minimal and comparatively weak alterations of consciousness compared with LSD, according to the first controlled study to conduct a head-to-head comparison of the drugs. 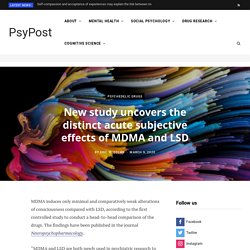 The findings have been published in the journal Neuropsychopharmacology. “MDMA and LSD are both newly used in psychiatric research to treat PTSD and anxiety disorder respectively. However, differences in the acute effects of these two acutely psychoactive compounds have never been compared directly,” said study author Matthias Liechti, a professor of clinical pharmacology at the University Hospital Basel in Switzerland.

Chronic, Intermittent Microdoses of the Psychedelic N,N-Dimethyltryptamine (DMT) Produce Positive Effects on Mood and Anxiety in Rodents. New study uncovers the distinct acute subjective effects of MDMA and LSD. Therapists Aren’t Ready to Help People Who Want to Try Psychedelics. A Woman Accidentally Took 550 Times The Normal LSD Dose, Case Report Details. 5-MeO-DMT: The new psychedelic with promising mental health benefits. A survey study found that around 80 percent of people using the psychedelic 5-MeO-DMT in a ceremonial setting said that their depression or anxiety improved following its use.The "mystical" experience of drug trip might allow people to gain unique insight into themselves or their relationships and make positive life changes.While the substance is found in the poison of the Sonoran Desert Toad, researchers say there is no reason to disturb the toad because the synthetic version of 5-MeO-DMT is identical in its effect. 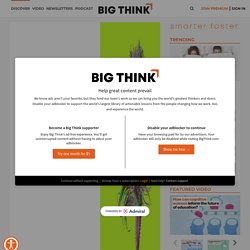 A new, powerful — yet still relatively rare — hallucinogen called 5-MeO-DMT has made its way into United States psychedelic circles, and research is backing its use as an effective treatment for certain mental health conditions. Said to be up to six-times more intense than its sensationalized cousin DMT, researchers have found strong evidence to suggest that 5-MeO-DMT could be used to treat anxiety, depression, and addiction more efficiently than psilocybin. 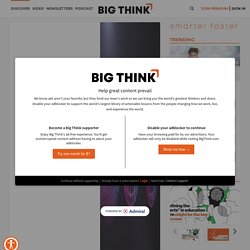 Ehlers has followed the science of psychedelics for more than a decade and is excited by the potential for therapeutic applications.MDMA and psilocybin have been granted breakthrough therapy status by the FDA, signaling a shift in the future of mental health treatment. Beyond the bright colors and hallucinogenic imagery of psychedelic art—the visuals of Ram Dass's 1971 book Be Here Now has never left public consciousness — there has long been a crusade to clinically research substances such as LSD, psilocybin, MDMA, DMT, and ibogaine. We've been informed, again and again and again, about the various ways that current pharmaceutical treatments in our for-profit mental health system is not only not working, but doing more damage than healing.

68- Earp on the Ethics of Love Drugs. In this episode I talk (again) to Brian Earp. 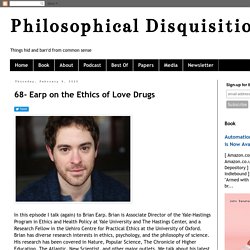 Brian is Associate Director of the Yale-Hastings Program in Ethics and Health Policy at Yale University and The Hastings Center, and a Research Fellow in the Uehiro Centre for Practical Ethics at the University of Oxford. Brian has diverse research interests in ethics, psychology, and the philosophy of science. His research has been covered in Nature, Popular Science, The Chronicle of Higher Education, The Atlantic, New Scientist, and other major outlets. We talk about his latest book, co-authored with Julian Savulescu, on love drugs.

You can listen to the episode below or download it here. How caffeine works: Less blood flow, brain higher entropy. Beverages infused with caffeine are by far the most common way the chemical is administered. 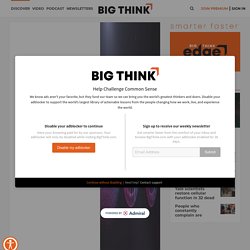 As a mild stimulant, caffeine is prized for its effects on cognition, attention and alertness. Drinking coffee, tea or soda is an essential and acceptable part of the day for many adults while other psychostimulants—like amphetamines and cocaine—remain highly controlled. Volume 90% Press shift question mark to access a list of keyboard shortcuts Play/PauseSPACE. A single dose of 5-MeO-DMT produces rapid and persistent improvements in life satisfaction and psychopathological symptoms. A single inhalation of the psychedelic drug 5-methoxy-N,N-dimethyltryptamine (5-MeO-DMT) is associated with sustained improvements in satisfaction with life, mindfulness, and a reduction of psychopathological symptoms, according to preliminary research published in Psychopharmacology. “5-MeO-DMT is a lesser known psychedelic compared to, for example, ayahuasca and psilocybin — and thus very limited research exists,” explained study author Malin Uthaug (@malin.uthaug), a PhD candidate at Maastricht University in the Netherlands. 5-MeO-DMT occurs naturally in the venom of some toads and in a variety of plants species. 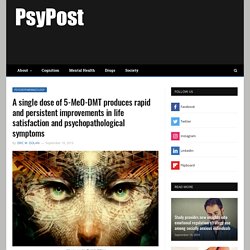 It can also be produced synthetically. “Essentially, I saw this as a niche area, and brought it upon myself to investigate its effect and therapeutic potential further as part of my doctorate work at Maastricht University. This specific article summarizes the first study I did on the topic, but there are more to come,” Uthaug said. Psychedelics alleviate anxiety and depression in an unexpected way. A new systematic review states that serotonergic hallucinogens help users recognize emotions in facial expressions.Sufferers of anxiety and depression often only read negative emotions in other people's faces, adding to their malaise. 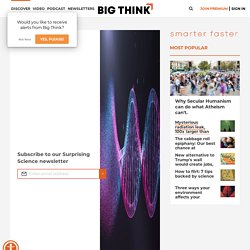 While more research is needed, psychedelics could prove to be a powerful agent in battling mental health disorders. If you want to know what someone is thinking, don't listen to their words. Instead, watch their face. Study provides evidence that DMT is produced naturally from neurons in the mammalian brain. New research published in Scientific Reports indicates that the rat brain is capable of synthesizing and releasing a powerful psychedelic drug called dimethyltryptamine (DMT). 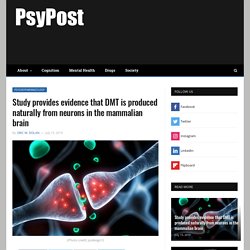 Scientists suspect that the same could be true in humans. “I was initially interested in pineal DMT because I thought DMT may contribute to melatonin production in the pineal gland, which was my main research topic in the early 2000s,” said study author Jimo Borjigin, an associate professor in the departments of molecular and integrative physiology, and neurology at the University of Michigan. The pineal gland is a small structure inside the brain that influences the sleep cycle by secreting the hormone melatonin. Could psychedelic drugs treat PTSD, depression? Q&A with Rick Doblin. Why are intelligent people more likely to abuse drugs? How psychedelics work: Fire the conductor, let the orchestra play. 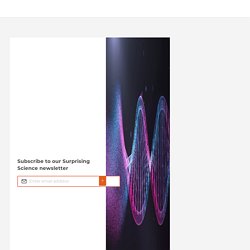 While more research is needed, psychedelics could prove to be a powerful agent in battling mental health disorders. If you want to know what someone is thinking, don't listen to their words. Instead, watch their face. Personality traits of drug users. Summary: Your personality type may influence addiction to certain drugs, a new study reveals. 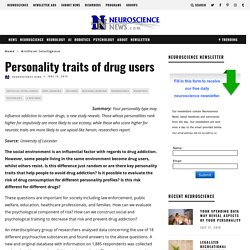 Those whose personalities rank higher for impulsivity are more likely to use ecstasy, while those who score higher for neurotic traits are more likely to use opioid like heroin, researchers report. Source: University of Leicester The social environment is an influential factor with regards to drug addiction. However, some people living in the same environment become drug users, whilst others resist.

Is this difference just random or are there key personality traits that help people to avoid drug addiction? Mind-altering drugs: The magical history of LSD and mushrooms. Microdosing psychedelics: The benefits may be unexpected. MDMA could help couples in therapy. For the first decade after it was synthesized, MDMA was used in individual and couples therapy.Many therapists spoke against the criminalization of MDMA in 1985 due to the drug's therapeutic potential.A revival has occurred in recent years, with the government allowing clinical trials to move forward.

Before the second "M" was affixed to "MDA," researchers spent decades searching for a utility for the mescaline derivative. Patented as "methylsafrylamin" in 1914 by Merck, the drug was shelved because no one could quite figure out what to do with it — similar to the incredible story of LSD. That was until California pharmacologist Gordon A. Alles realized that MDA was rather interesting, indeed. Psilocybin plus meditation alters psychological traits for the better, study finds. Mystical experiences, aided by the use of psychoactive substances, have played an important role in many cultures. Now scientists want to explore the effects of such experiences, not only in terms of the immediate physical changes they produce but in terms of their long-term effects on the psychological, emotional, and spiritual well-being of those who partake in them. A new study recently published in the Journal of Psychopharmacology delves into this space.

The researchers from the Johns Hopkins University School of Medicine wanted to see how “quantum change experiences” induced with the help of psilocybin (the psychoactive substance in magic mushrooms) combined with regular spiritual practices (like meditation, journaling, awareness) resulted in the overall well-being of healthy volunteers over the course of six months. Ever Had a Really Long Acid Trip? Now Science Knows Why. LSD-Tripping Brains Reveal How the Drug Causes the Psychedelic Experience. Like It or Not, “Smart Drugs” Are Coming to the Office. Magic Mushroom Ingredient Classified as a 'Breakthrough Therapy' for Treatment-resistant Depression by FDA. Psilocybin was first extracted from the mushroom Psilocybe mexicana. Can an LSD Overdose Kill You? Can you really die from taking too much LSD, a popular psychedelic drug? People on ecstasy feel loved-up because MDMA boosts trust.

Compass Pathways wants to be Big Pharma for psychedelic therapy. How LSD Changes Perception. LSD changes the communication patterns between regions of the brain, a new study by researchers of the University of Zurich and Yale University shows. The study also provides insights into how mental health disorders develop and how these could be treated. How Does Coffee Compare to Cocaine and Cannabis? Video. Magic Mushroom Ingredient Classified as a 'Breakthrough Therapy' for Treatment-resistant Depression by FDA. Different cognitive effects of dextromethorphan and psilocybin observed in new study. Mind menders: how psychedelic drugs rebuild broken brains. Scientists Are Starting to Test Claims about "Microdosing" Dennis van der Meijden isn’t aiming to see the face of God, feel one with the cosmos, grasp the hidden reality of time and space, or embark on a sacred journey. Powerful Psychedelic Compound Models Near-Death Experiences in the Brain.