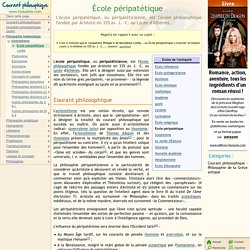 Until recently, black holes seemed to come in only two sizes: either as a single heavy collapsed sun, or else weighing the same as millions or even billions of stars. 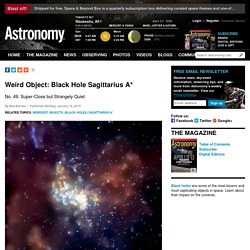 Small or large. Only in 2014 did astronomers seemingly confirm the existence of a few intermediate-mass black holes, but still the only ones we're mostly observing are either little or big. An example of the latter sits at the center of every galaxy. This, happily, includes our Milky Way, because we wouldn't want to be the only oddball in the neighborhood. La Sainte Bible. The Universe Itself Is a Giant Brain and It May Be Conscious, Say Scientists - Project Yourself. There is no need to look far in order to find outlandish theories on the nature of cosmos, and also of human consciousness. 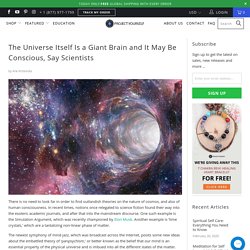 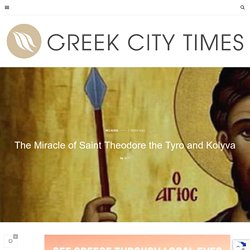 On the two Saturdays before Lent and the first Saturday of Lent we celebrate Liturgies in which we commemorate our loved ones who have passed on. Lists of names are brought, together with Kolyva. Fifty years after the death of Saint Theodore, the emperor Julian the Apostate (361-363), wanting to commit an outrage upon the Christians during the first week of Great Lent, commanded the city-commander of Constantinople to sprinkle all the food provisions in the marketplaces with the blood offered to idols. Saint Theodore appeared in a dream to Archbishop Eudoxius, ordering him to inform all the Christians that no one should buy anything at the marketplaces, but rather to eat cooked wheat with honey (Kolyva). Is Dark Matter a Vast Cosmic Ocean?

One of our very oldest ideas, a species, is that we’re living in a bubble surrounded on all sides by vast amounts of dark water. 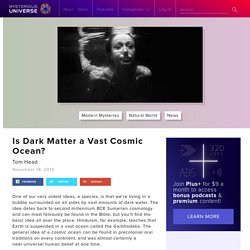 The idea dates back to second millennium BCE Sumerian cosmology and can most famously be found in the Bible, but you’ll find the basic idea all over the place. Hinduism, for example, teaches that Earth is suspended in a vast ocean called the Garbhodaka. The general idea of a cosmic ocean can be found in precolonial oral traditions on every continent, and was almost certainly a near-universal human belief at one time. New theory suggests that we travel to Parallel Universes when we dream. We have long been fascinated by the concept of dreaming and what they may reveal. 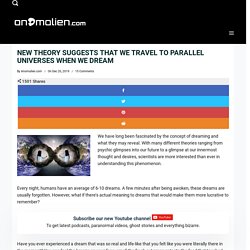 With many different theories ranging from psychic glimpses into our future to a glimpse at our innermost thought and desires, scientists are more interested than ever in understanding this phenomenon. Every night, humans have an average of 6-10 dreams. A few minutes after being awoken, these dreams are usually forgotten. However, what if there’s actual meaning to dreams that would make them more lucrative to remember? Life After Death: Scientists Know Where Your Soul Goes Once You Die. I don’t often align myself with products but this is one that I just had to share! 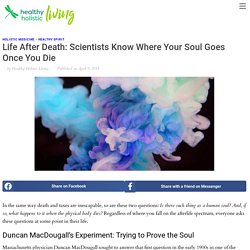 Some of you may already know years ago, I was diagnosed with Multiple Sclerosis. I can still recall what it felt like to have my life change overnight… I went from an Executive Director of a non-profit organization, running marathons, rock climbing, hiking canyons and kayaking to being completely bedridden and staring at a wall for 15 hours a day. Of course, I went to see many doctors but unfortunately I didn’t find the help I needed. So, I had to set off on my own journey to learn my true path to healing. I’d pretty much turned-over every rock trying to find relief for my pain, sleep issues and myriad of other symptoms… A tiny area of the brain may enable consciousness, says "exhilarating" study. This brain circuit works as a sort-of “engine for consciousness,” the researchers say, enabling conscious thought and feeling in primates. 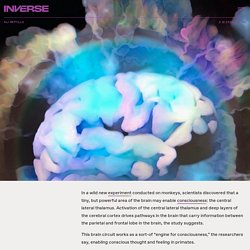 To zero in on this brain circuit, a scientific team put macaque monkeys under anesthesia, then stimulated different parts of their brain with electrodes at a frequency of 50 Hertz. Essentially, they zapped different areas of the brain and observed how the monkeys responded. When the central lateral thalamus was stimulated, the monkeys woke up and their brain function resumed — even though they were still under anesthesia. 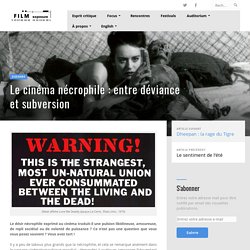 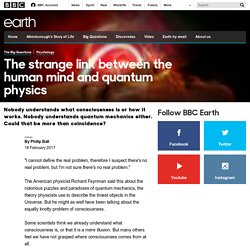 " The American physicist Richard Feynman said this about the notorious puzzles and paradoxes of quantum mechanics, the theory physicists use to describe the tiniest objects in the Universe. What if Consciousness is Not What Drives the Human Mind? Everyone knows what it feels like to have consciousness: it’s that self-evident sense of personal awareness, which gives us a feeling of ownership and control over the thoughts, emotions and experiences that we have every day.

Most experts think that consciousness can be divided into two parts: the experience of consciousness (or personal awareness), and the contents of consciousness, which include things such as thoughts, beliefs, sensations, perceptions, intentions, memories and emotions. It’s easy to assume that these contents of consciousness are somehow chosen, caused or controlled by our personal awareness – after all, thoughts don’t exist until until we think them. But in a new research paper in Frontiers of Psychology, we argue that this is a mistake. We suggest that our personal awareness does not create, cause or choose our beliefs, feelings or perceptions. Voici à quoi ressemblent vos rêves. Changing your thought patterns is key to overcoming insomnia, according to new psychology research. Mindfulness-based therapy and cognitive therapy are equally effective at combating insomnia, according to new research from Australia. The study, published in the scientific journal Behaviour Change, also highlights the underlying cognitive mechanisms that lead to recovery from sleepless nights.

“Insomnia is common and carries with it a high disease burden and understanding how our most effective treatments work is an important priority for further refining and improving them,” explained study author Melissa J. Ree of the Marian Centre and Sleep Matters. “One in three people regularly have difficulty with their sleep and approximately 10% of the adult population suffer from the clinical disorder of insomnia (American Psychiatric Association, 2013). Insomnia is miserable to live with and increases the risk of physical health problems, mood disorders, accidents, poorer quality of life, and it reduces occupational performance. But the study — like all research — includes some limitations. Consciousness Creates Reality Quantum Physics Explains - News,sciences and technology. Here & now › I’M HERE – A LOVE STORY IN AN ABSOLUTE WORLD. Director Spike Jonze’s new 30 minute short film titled I’m Here (financed by ABSOLUT VODKA) recently premiered at the 2010 Sundance Film Festival.

Quantum Theory Proves That Consciousness Moves to Another Universe After Death. Cet imaginaire qui construit la « réalité » Énergie et équité, par Ivan Illich. CHAPITRE I La crise de l’énergie. The Case for Not Being Born. David Benatar may be the world’s most pessimistic philosopher. An “anti-natalist,” he believes that life is so bad, so painful, that human beings should stop having children for reasons of compassion. “While good people go to great lengths to spare their children from suffering, few of them seem to notice that the one (and only) guaranteed way to prevent all the suffering of their children is not to bring those children into existence in the first place,” he writes, in a 2006 book called “Better Never to Have Been: The Harm of Coming Into Existence.” In Benatar’s view, reproducing is intrinsically cruel and irresponsible—not just because a horrible fate can befall anyone, but because life itself is “permeated by badness.” These are the nine parts of the human soul according to Ancient Egypt.

In ancient Egypt, a person’s soul was thought to consist of nine separate parts which were integrated into a whole individual but had very distinct aspects. In many ancient cultures such as those found in Asian, African, and even America, we find a Soul concept analogously similar to the concept developed by the religions of the Judeo-Christian group (including Islam) and European philosophy. The soul, from the Vedic or Veda point of view, is the being, which by nature is eternal (without birth or death or without beginning or end) of a substance different from that of the physical body and which has its own consciousness.

From this point of view, material science or that which studies physical or material phenomena is limited because it cannot study spiritual phenomena since its nature is different from physics. Is quantum physics behind your brain's ability to think? By Michael Brooks MATTHEW FISHER was wary of how his peers would react to his latest project. In the end he was relieved he wasn’t laughed out of court. “They told me that this is sensible science – I’m not crazy.” Certainly nothing in Fisher’s CV says crazy. Naissance : Récit d'une incarnation ( Spiritualités ) How to Have Lucid Dreams. Reality testing: participants were told to ask themselves "Am I dreaming? " 10 times throughout the day, every day. Each time, they had to examine their surroundings for anything out of the ordinary, and perform a reality test by trying to inhale through their closed mouth.

Physicists Says "It's Quantum Information that Transcends from One World to Another" Science and metaphysics must work together to answer life's deepest questions. If philosophy is a tree, metaphysics and epistemology are its two main branches. Epistemology asks how we can know about the world; metaphysics tries to figure out what the world is, at its most fundamental level. If our tree fell down in a forest and no one was around, the epistemologist would set about examining the quality of the evidence for what happened; meanwhile, the metaphysician would wonder if it made a sound. Philosophers of science (like me) usually take the existence of things and events for granted. Edward Witten Ponders the Nature of Reality.