The ghost of the plantation still haunts: Interpersonal comm. AA

#QueerQuote / #BlackHistoryMonth: “We Have To Talk About Liberating Minds As Well As Liberating Society.” – Angela Davis. Think about Angela Davis today, I was momentarily brought back to an era that invigorated me and made me feel that the world really would change. 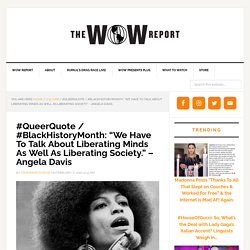 I consider the progress that has been made, yet I also get depressed by how America has squandered its promise, especially when it comes to race. I remembered my “Free Angela” button and wondered whatever happened to it. Davis was a household name in the early 1970s. A stunning beauty, she was iconic. Davis was a powerful brand for the Civil Rights movement, and the Black Panther Party. Youtube. ‘Passing’ questions race and identity. Rebecca Hall is still figuring out the answers. LeBron James mocks Kyle Rittenhouse's breakdown in court.

Hoops legend LeBron James is being ripped for mocking teenager Kyle Rittenhouse’s breakdown on the stand. 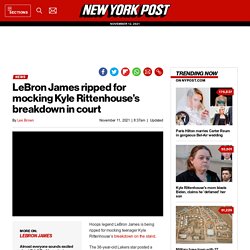 The 36-year-old Lakers star posted a series of laughing emojis alongside footage of the 18-year-old Kenosha gunman overwhelmed by sobs Wednesday, a breakdown that forced a halt to his trial. “What tears????? I didn’t see one,” wrote James, a vocal black rights activist. “Man knock it off! That boy ate some lemon heads before walking into court,” the Los Angeles baller wrote on his @KingJames account, ending with the three laughing emojis. New Blackness: Pharrell, Kanye and Jay-Z and the Spectre of White Aspiration. Rappers rap about their money for the same reasons cultural critics write about rappers rapping about their money: they are driven to assert themselves. 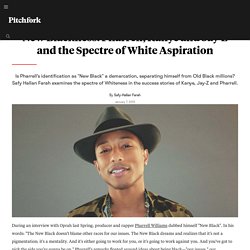 Assertion is what all writers, including rappers, do. The difference between hip-hop and other forms, though, is that hip-hop uniquely exists at the intersection of ambition and insecurity. Hip-hop assertion, as an authentic and authoritative act, often hinges on braggadocio and blackismo. Why Pharrell Williams believes in 'The New Black'

As if to confirm that he has reached an otherworldly level of fame, Pharrell Williams has aligned himself with an entirely new race of human being. 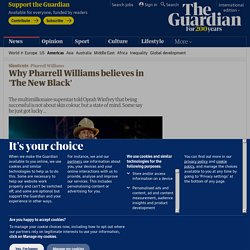 The ubiquitous star spoke to Oprah last week, blubbed while watching fan videos of Happy but, most curiously, defined himself as The New Black. "The New Black doesn't blame other races for our issues," said Pharrell, one of the world's most successful musicians, to Oprah, billionaire queen of the world. White parents, Black children and the lessons they need to learn. Fait dÃ©sormais partie de VerizonÂ Media. Mike Tirico Says He’s Italian Not Black, Internet Reacts. Twitter users were generally confounded when NBC Sports announcer Mike Tirico essentially said he wasn’t black Saturday. 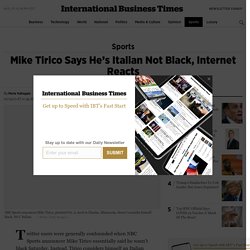 Instead, Tirico considers himself an Italian guy who grew up in Queens, New York. The discussion about his race came up during a Saturday interview with the New York Times titled, “Mike Tirico Would Like to Talk About Anything but Mike Tirico.” Fait dÃ©sormais partie de VerizonÂ Media. Yahoo fait partie de Verizon Media. 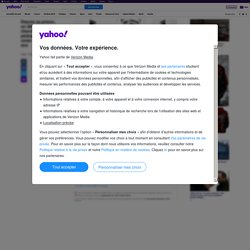 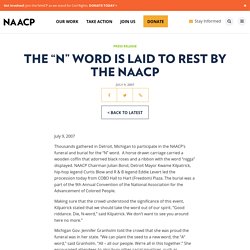 Passed Over 3 Times, a Black Marine Colonel Is Being Promoted to General. WASHINGTON — The Marine Corps is promoting Col. 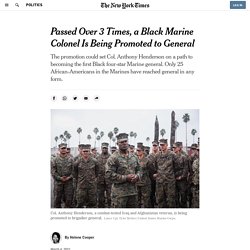 Anthony Henderson, a combat-tested Iraq and Afghanistan veteran, to brigadier general, a move that cracks the doorway for the service to potentially promote an African-American to its most senior ranks. The Marine Corps, which had passed over Colonel Henderson for four years, has placed him on a highly selective list of nine colonels to be granted a coveted one star that denotes general rank status — brigadier general. The list, which was signed by President Biden, arrived Wednesday evening at the Senate Armed Services Committee, to start the required confirmation process, according to the committee’s website. Jaleel White reveals he was never invited to the Emmys. Steve Urkel may be one of the most lovable and recognizable characters in sitcom history. 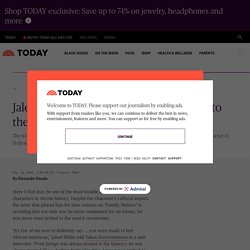 Despite the character's cultural impact, the actor that played him for nine seasons on "Family Matters" is revealing that not only was he never nominated for an Emmy, he was never even invited to the award ceremonies. "It's fair of me now to definitely say ... you were made to feel African-American," Jaleel White told Yahoo Entertainment in a new interview. "Fred Savage was always invited to the Emmys; he was always treated like a darling during his time. I was never invited to the Emmys, even to present. It was pretty much told to us I would be wasting my time to even submit myself for nomination. " Abolish the One-Drop Rule. It doesn’t benefit Black people like… How Outsiders Become Insiders. The Magi remind us of God’s shocking offer of grace to spiritual outsiders. 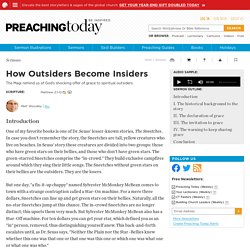 Introduction One of my favorite books is one of Dr. Seuss' lesser-known stories, The Sneetches. In case you don't remember the story, the Sneetches are tall, yellow creatures who live on beaches. After Misty Comes Marie: Breaking Barriers in ‘The Nutcracker’ She may not remember it, but during the first summer of her life Charlotte Nebres canvassed for Barack Obama with her mother, Danielle, who carried her in a sling. She attended political rallies. And on a frigid day in January 2009, she accompanied her parents and older sister to his inauguration. When Charlotte was 6, Misty Copeland became the first female African-American principal at American Ballet Theater.

Is Oprah's Network Too White? Farah J. Griffin's 82-year-old mother, Wilhelmenia, hasn't missed an episode of The Oprah Winfrey Show since it debuted nearly 20 years ago. So when Winfrey's 24-hour Oprah Winfrey Network (OWN) debuted on Jan. 1, Griffin upgraded her mother's cable package so she could watch from her Philadelphia home. Fuck Oprah. That’s a bold statement right? Oprah… That’s a bold statement right? Oprah Winfrey is what most people consider to be the epitome of black excellence.

She is a rags to riches story and a story of overcoming childhood sexual trauma and poverty to gain extreme wealth which she uses to “empower women” and “give representation to black women in media”. And in a lot of ways that is true. Fuck Oprah. That’s a bold statement right? Oprah… NFL minority hiring issue: How to fix a 'broken system' - Peter King. For late May, normally a slow time in the NFL, the league’s really busy. A couple of significant rules—adding a full-time Sky Judge to every officiating crew, and revolutionizing the onside kick—will come up for votes in a special videoconference session Thursday. The league last week began directing the opening of team facilities shuttered for two months by the coronavirus.

And in the first week of permissible on-field workouts this spring, coaches began to figure out how to direct players to “practice” in backyards, high schools and open fields around the United States. Oprah is talking about box braids and listening to Kendrick. Has she changed or have we? NEW YORK — A few weeks ago, after she’d delivered her news-cycle-dominating barn burner of a Golden Globes speech, Oprah Winfrey held court at the Apollo Theater in Harlem.

JACKSON, Miss. — Listen carefully, and the hurt still resonates in Jackson State athletic director Ashley Robinson’s words. What Does "Black Lives Matter" Actually Mean? — Why Saying "All Lives Matter" Is Problematic. Black Lives Matter: In the Words of Ciara, Lizzo and Other Stars - E! Online. Which, of course, is the point. Oprah Pledges $500,000 to Parkland Students’ March For Our Lives. Oprah’s $500k support of the Parkland students is a raw reminder of her lack of support for Black lives.

Oprah’s $500k support of the Parkland students is a raw reminder of her lack of support for Black lives. Oprah compares Florida shooting activists to civil rights pioneers. Oprah supports the Florida students. What about Black Lives Matter? Www.forbes. Pharrell Williams Talks Race, Black Women and Social Justice [COVER STORY] Pharrell Williams Covers New Issue of "Ebony" Magazine. Why Pharrell Williams believes in 'The New Black' Mike Tyson Was Forbidden From Hanging Out With Tupac or Bobby Brown When He Was on Probation — 'Stay Away, Or You're Violated' DNA Study from 23andMe Traces Violent History of American Slavery.

Your 5-year-old is already racially biased. Here’s what you can do about it. Why Standardized Tests Have Standardized Postracial Ideology. Dailywire. How Internalized Racism Amplifies White Supremacy. The American Civil War never ended. Baby Nancy, the first ‘black’ doll, woke the toy industry. Setup.