Working in partnership executive summary. Kehinde Andrews. Removing Barriers and Building Bridges: How Play Cultivates Integration and B... Wars, conflict, persecution, and climate change are causing more people to flee their homes now than at any other time since records began. 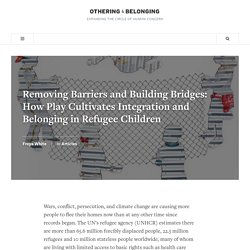 The UN’s refugee agency (UNHCR) estimates there are more than 65.6 million forcibly displaced people, 22.5 million refugees and 10 million stateless people worldwide, many of whom are living with limited access to basic rights such as health care and education. Over half of the world’s refugees are children. Abdul Rahman Katanani, Untitled Many displaced children end up living in refugee camps or temporary settlements for months or even years, making up a substantial part of their childhood. For some, life on the move is all that they know and will make up their earliest memories.

The hardships children face do not always end once they have arrived in their host country. What are the mechanisms at play in creating barriers to belonging for refugee children and how do we prevent the narrative of othering becoming manifest? Childhood in a Refugee Camp. We Are Here Because You Were With Us: Remembering A. Sivanandan (1923–2018) A. 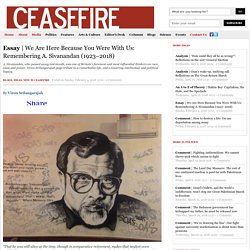 Sivanandan, who passed away last month, was one of Britain's foremost and most influential thinkers on race, class and power. Virou Srilangarajah pays tribute to a remarkable life, and a towering intellectual and political legacy. By Virou Srilangarajah “That he was still alive at the time, though in comparative retirement, makes that neglect even sadder.” So wrote Ambalavaner Sivanandan in 1980, commenting on the lack of acknowledgement by black political movements of the 1960s in the United States of the immense contribution and influence of Paul Robeson. These words echo the sentiment felt by activists, scholars and communities involved in the anti-racist movement in Britain with the recent passing of A. 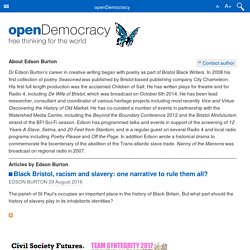 In 2008 his first collection of poetry Seasoned was published by Bristol-based publishing company City Chameleon. His first full length production was the acclaimed Children of Salt. He has written plays for theatre and for Radio 4, including De Wife of Bristol, which was broadcast on October 6th 2014. He has been lead researcher, consultant and coordinator of various heritage projects including most recently Vice and Virtue: Discovering the History of Old Market. 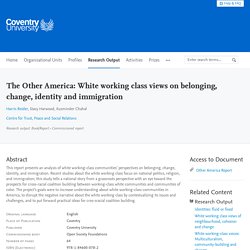 Recent studies about the white working class focus on national politics, religion, and immigration; this study tells a national story from a grassroots perspective with an eye toward the prospects for cross-racial coalition building between working-class white communities and communities of color. The project’s goals were to increase understanding about white working-class communities in America, to disrupt the negative narrative about the white working class by contextualizing its issues and challenges, and to put forward practical ideas for cros-sracial coalition building. 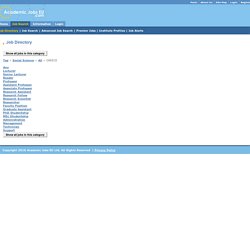 Sociology-links. There are a myriad of resources available to sociologists, here we detail a comprehensive list. 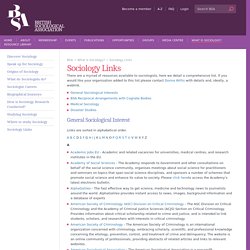 If you would like your organisation added to this list please contact Donna Willis with details and, ideally, a weblink. General Sociological Interest Links are sorted in alphabetical order. Vice. Howard Rheingold: The new power of collaboration. Stanford Professor puts his entire digital photography course online for free. When it comes to the list of digital imaging pioneers, Marc Levoy is one of those names that belongs right near the top. 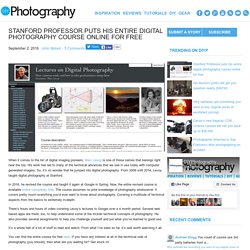 His work has led to many of the technical advances that we see in use today with computer generated imagery. So, it’s no wonder that he jumped into digital photography. From 2009 until 2014, Levoy taught digital photography at Stanford. In 2016, he revised the course and taught it again at Google in Spring. Now, the entire revised course is available online completely free. There’s hours and hours of video covering Levoy’s lectures to Google over a 4 month period. It’s a whole hell of a lot of stuff to read and watch. You can find the entire course for free here. APSA-Sociology. Breaking Down Beyoncé's Lemonade Samples. There are 3,105 words that constitute the credits for Beyoncé's surprise sixth album Lemonade, which debuted as an audio-visual film this past weekend accompanied by a Tidal-exclusive stream of the LP. 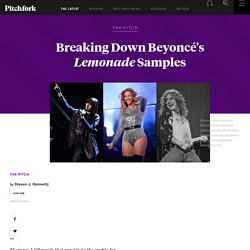 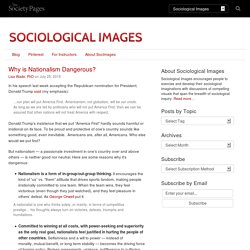 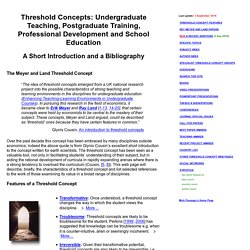 F. Meyer and Michael T Flanagan Educational Futures: Rethinking Theory and Practice, Michael A Peters (Series Editor), volume 68Sense Publishers, Rotterdam/Boston/Taipei, 2016 ISBN: 978-94-6300-510-4 (paperback), ISBN: 978-94-6300-511-1 (hardback), ISBN: 978-94-6300-512-8 (e-book) Threshold Concepts in Practice brings together fifty researchers from sixteen countries and a wide variety of disciplines to analyse their teaching practice, and the learning experiences of their students, through the lens of the Threshold Concepts Framework. The Age of Despair: Reaping the Whirlwind of Western Support for Extremist Violence. We, the West, overthrew Saddam by violence. We overthrew Gaddafi by violence. We are trying to overthrow Assad by violence. Harsh regimes all — but far less draconian than our Saudi allies, and other tyrannies around the world. What has been the result of these interventions?

A hell on earth, one that grows wider and more virulent year after year. Without the American crime of aggressive war against Iraq — which, by the measurements used by Western governments themselves, left more than a million innocent people dead — there would be no ISIS, no “Al Qaeda in Iraq.” Again, let’s be as clear as possible: the hellish world we live in today is the result of deliberate policies and actions undertaken by the United States and its allies over the past decades. The open history of the last half-century is very clear in this regard. Why bring up this “ancient history” when fresh blood is running in the streets of Paris? The British Sociological Association. There are a myriad of resources available to sociologists, here we detail a comprehensive list. If you would like your organisation added to this list please contact Donna Willis with details and, ideally, a weblink. General Sociological Interest Links are sorted in alphabetical order.