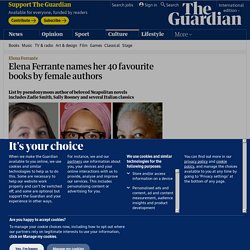 The author, whose quartet of Neapolitan novels has sold 13m copies worldwide, has published her list on Bookshop.org, the online store that recently launched in the UK and gives a proportion of sales to independent booksellers. Ferrante’s UK publisher, Europa Editions, is returning their 10% sales commission from Ferrante’s list to Bookshop.org so it can be shared among the 300 independent bookshops that have signed up to the site so far. Ferrante described her choices as being united by the theme of “stories of women with two feet, and sometimes one, in the 20th century”. All of the books are available in English, but span the world: Japan to Nigeria, India to Brazil. Several of the authors voiced their pleasure at being chosen by Ferrante. Do Civilisations Collapse? Photo by fuminana / Getty Images. 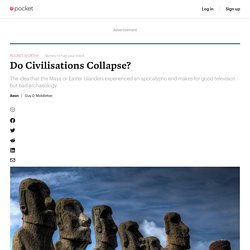 There’s a common story of how the Maya civilisation was wiped out: they fell foul of unstoppable climate change. Several periods of extreme drought withered their crops and killed off thousands in their overpopulated cities. ‘There was nothing they could do or could have done. In the end, the food and water ran out – and they died,’ wrote Richardson Gill in 2007. The jungle reclaimed the cities with their palaces and pyramids until they were rediscovered in the 19th century by intrepid explorers.

Likewise, we all know that the Easter Islanders chopped down all the palm trees on their small, isolated island to clear farmland for their ever-growing population and to move their characteristic moai statues, not realising that they were eroding their landscape, reducing their food production, and ultimately cutting themselves off from the bounty of the sea – and the possibility of escape. But are these stories right? But there were continuities. I Deliberately Sent Myself to Prison in Iceland – They Didn’t Even Lock the Cell Doors There. 1918 flu cultural memory: Elizabeth Outka finds the pandemic in literature.

Last year, I wrote an anniversary piece about the “forgotten” 1918–19 flu pandemic, relying on the work of historians who’ve asked why such a huge event had so little effect on culture, policy, and public memory in the decades after that deadly flu strain burned itself out, leaving between 50 million and 100 million people dead. 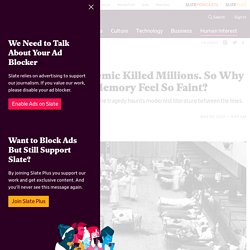 This year, as SARS-CoV-2 has forced the entire world into a terrifying and depressing alternate reality, I find this historical phenomenon even harder to understand. How could such a mind-bending, society-upending experience pass unremarked? Enter Elizabeth Outka, a literary scholar whose fortuitously timed late-2019 book Viral Modernism: The Influenza Pandemic and Interwar Literature explains quite a bit. The book looks at the small group of authors who addressed the pandemic head-on in their work but also argues that the work of some of the greats—T.S. Elizabeth Outka: Out of necessity, really. The war was a very established story. In Mrs. The hidden links between mental disorders. In 2018, psychiatrist Oleguer Plana-Ripoll was wrestling with a puzzling fact about mental disorders. 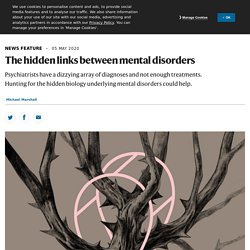 He knew that many individuals have multiple conditions — anxiety and depression, say, or schizophrenia and bipolar disorder. He wanted to know how common it was to have more than one diagnosis, so he got his hands on a database containing the medical details of around 5.9 million Danish citizens. He was taken aback by what he found. Every single mental disorder predisposed the patient to every other mental disorder — no matter how distinct the symptoms1.

“We knew that comorbidity was important, but we didn’t expect to find associations for all pairs,” says Plana-Ripoll, who is based at Aarhus University in Denmark. The study tackles a fundamental question that has bothered researchers for more than a century. In the hope of finding an answer, scientists have piled up an enormous amount of data over the past decade, through studies of genes, brain activity and neuroanatomy.