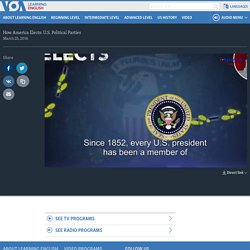 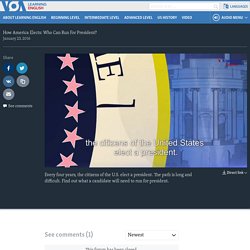 Election 2020. Trump’s RNC 2020 opening speech got things off to a dark start. President Donald Trump opened the 2020 Republican National Convention on a very dark note, delivering a rally-style speech in Charlotte, North Carolina, that began with him teasing the idea of serving more than two terms and ended with him warning that Democrats intend to steal the election. 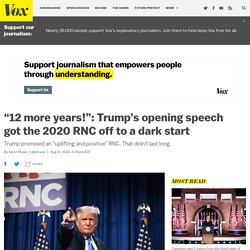 “If you really want to drive them crazy, you say ‘12 more years,’” Trump began, as the audience chanted “12 more years!” Back at him. “Because we caught them doing some really bad things in 2016. Let’s see what happens.” Trump returned to the theme of a stolen election at the end. “Be very, very careful,” he concluded. "Be very, very careful ... don't let them take it away from you" -- Trump ends his 2020 RNC rally speech in North Carolina on an ominous note pic.twitter.com/xYoCdtD9Xi— Aaron Rupar (@atrupar) August 24, 2020 Trump vowed Sunday night on Fox News that the RNC would be “very uplifting and positive,” yet the speech he delivered on Monday suggested it will be anything but. Why I walked away from Democrats to support President Trump (opinion)

A Black man who grew up in the Deep South had that amazing honor -- think about that. 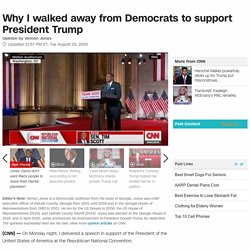 My parents had very limited education, but they instilled an indelible value system in me that laid the foundation for me to be successful. They emphasized the importance of working hard, treating others with respect, and always having faith in Almighty God. Without their unconditional love and support, I would not be the person I am today.

I owe everything to them. I'm sure many watching on Monday night were puzzled about my participation in the Republican National Convention for President Donald J. My fellow Black Americans are expected to fit a certain mold and think a certain way. The purpose of my speech was to serve as a culture shock, helping others break free of the groupthink-shackles placed on us by White liberals. After watching the 2016 presidential campaign efforts, President Trump seemed to me to be one of the only Republican candidates to recognize that. Rhetorical Analysis Of Michelle Obama Speech - 822 Words. Michelle Obama uses the language of her speech to help her get her message across. 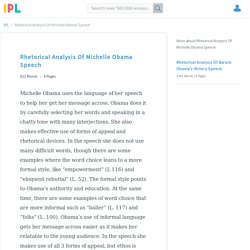 Obama does it by carefully selecting her words and speaking in a chatty tone with many interjections. She also makes effective use of forms of appeal and rhetorical devices. In the speech she does not use many difficult words, though there are some examples where the word choice leans to a more formal style, like “empowerment” (L 116) and “eloquent rebuttal” (L. 52). 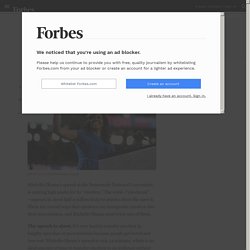 The word—“emotional”—appears in about half a million links to articles about the speech. There are several ways that speakers can incorporate emotion into their presentation, and Michelle Obama used every one of them. The speech is short. It’s very hard to transfer emotion in lengthy speeches or presentations because people get bored and tune out. Michelle Obama’s speech is only 14 minutes, which is an ideal amount of time to transfer emotion to an audience without overstaying your welcome. The speech is easy to read and easy to deliver. The speech is personalized with stories. During our time in the White House, we’ve had the joy of watching them grow from bubbly little girls into poised young women -– a journey that started soon after we arrived in Washington, when they set off for their first day at their new school. The speech has time-tested rhetorical devices.