Unpaid internships rig the system. Curb them, now. In Britain, in 2014, we are compelled to debate whether people should work for free. 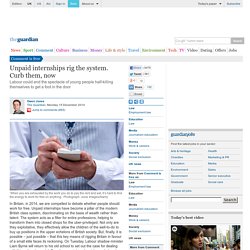 Unpaid internships have become a pillar of the modern British class system, discriminating on the basis of wealth rather than talent. The system acts as a filter for entire professions, helping to transform them into closed shops for the uber-privileged. Playing the Percentages: Berfrois Interviews Danny Dorling - berfrois. By Bharat Azad Eight years have passed since the rate of housing foreclosures in the less affluent parts of cities like Cleveland and Detroit leapt up at an alarming rate. 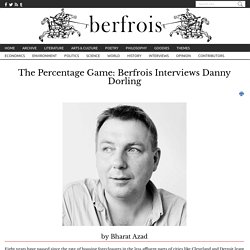 It’s been seven years since the rate of housing foreclosures in the affluent suburbs of states like California, Arizona and Florida began to rise at a similar rate. It’s been six years since Lehman Brothers filed for bankruptcy. Around five years ago, Mervyn King said, “To paraphrase a great wartime leader, never in the field of financial endeavour has so much money been owed by so few to so many. And, one might add, so far with little real reform.” I missed one date out. Berfrois Tell us about your reasons for writing this book. Rory Stewart: 'The secret of modern Britain is there is no power anywhere' If the 15-year-old Rory Stewart could see himself today at 40, "he would think I was a bit pathetic". 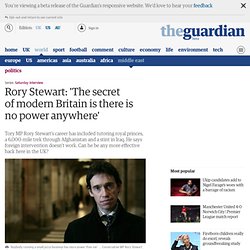 He would see at once "all the ways in which I've compromised, and sold out. And he would be absolutely right. " What would he have made of his decision to be a Tory MP? "Really confused, I think," Stewart smiles. "Yes. #AskBG: British Gas hikes prices, then takes to Twitter. The social media team at British Gas may now be regretting asking Twitter users what they think of their company on the same days as hiking their residential energy prices by nearly 10%. The official British Gas Twitter account rather innocently tweeted: "We are here with our Customer Service Director, Bert Pijls, answering your questions until 2pm". Since then hundreds of tweets have appeared under the hashtag #askBG, with Twitter users pouring scorn and vitriol on British Gas's social media strategy and their decision to increase energy prices ahead of the winter.

Here are a selection of some of the best tweets so far: #AskBG Have you considered changing your corporate slogan to something a bit more honest? Pic.twitter.com/wX0FXXDuZ3— Lisaaaargh! BT's great broadband scam. This month, BT launched a very expensive-sounding TV station. 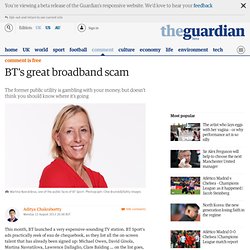 BT Sport's ads practically reek of eau de chequebook, as they list all the on-screen talent that has already been signed up: Michael Owen, David Ginola, Martina Navratilova, Lawrence Dallaglio, Clare Balding … on the list goes, like Top Trumps on steroids. Then there's the £152m for exclusive coverage of the rugby premiership, £736m for 38 football Premier League matches and a vast TV studio in the Olympic Park. Totting up the bill for all this across BT's channels, sportswriters arrive at a round figure of "a billion-pound gamble". But chuck in other sporting rights, presenters' fees, staffing and a marketing blitz, and the sum is surely higher still. Rporate power has turned Britain into a corrupt state. 'The private sector is superior'. Time to move on from this old dogma.

Towards the end of 2012 a telling interview with the head of the London Olympics, Lord Coe, was published in a national newspaper. 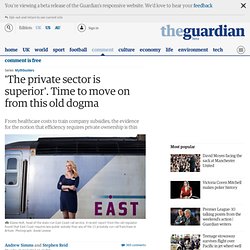 "I actually don't believe in big government," said Coe "and half the time I'm never quite sure I believe in government, generally. " Ray Winstone is right about tax – but I bet he won't leave Britain. They say you should never meet your heroes – or listen to them give radio interviews – as you'll only be disappointed.

Olympics. The secret US lobbyists behind Police and Crime Commissioner election. Rebekah Brooks's News International severance deal worth 'about £7m' Rebekah Brooks received a payoff worth about £7m after resigning as chief executive of News International at the height of the Milly Dowler phone-hacking crisis in July 2011. The exact figure has never been disclosed by the Murdoch company – whose parent News Corporation holds its annual meeting on Tuesday – but one source said they believed it was between £6m and £8m. An intimate of Rupert Murdoch, Brooks started out as a secretary at the News of the World in 1989, becoming editor of the News of the World and the Sun in succession. She retained Murdoch's confidence as the phone hacking crisis intensified. After the News Corp patriarch flew into London in July last year, he took Brooks out for dinner, declaring that she was his "top priority" when questioned in the street by journalists.

The payoff package, far in excess of the £1.7m that was speculated about after her departure, comprised cash payments for loss of service, pension enhancement, money for legal costs, a car and an office. This was Nick Clegg's chance to save his skin. He failed. It was a good idea to apologise before his conference. 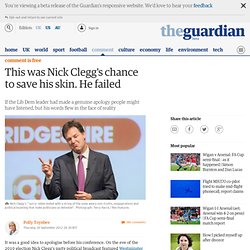