Plain English isn’t about marketing: it’s about being clean, simple and inclusive. When you’re writing something as important as the whole reason your organisation exists, and where it’s headed next, make sure everyone can understand it. 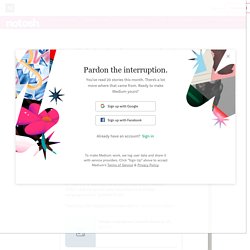 Earlier this month Opec, the oil-producing countries’ group, declared 16 year-old Greta Thunberg, with her the other young climate activists, the “greatest threat” to the fossil fuel industry. Thunberg tweeted them her thanks: As the author and journalist Ali Smith puts it: Hers is a voice totally unlike the world’s usual power-cacophony: clean, simple, inclusive, the voice of someone refusing to beguile. The 3 most effective ways to build trust as a leader - Know Your Team. Great Leaders Surround Themselves With Smart People. The Myth of the “Laggard” – George Couros. A question I often get in workshops is how to deal with “laggards” or “resisters.” 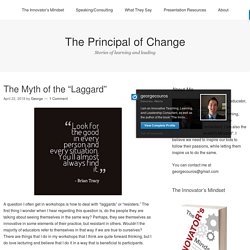 The first thing I wonder when I hear regarding this question is, do the people they are talking about seeing themselves in the same way? Perhaps, they see themselves as innovative in some elements of their practice, but resistant in others. Wouldn’t the majority of educators refer to themselves in that way if we are true to ourselves? There are things that I do in my workshops that I think are quite forward thinking, but I do love lecturing and believe that I do it in a way that is beneficial to participants. The “Myth of the Laggard,” might be one that we need to address. 1. Five Principles of Encouragement From a Seven Sentence Email. Five Principles of Encouragement From a Seven Sentence Email Dan – I hope you are doing great! 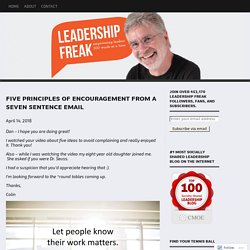 I watched your video about five ideas to avoid complaining and really enjoyed it. Thank you! Let’s stop calling them ‘soft skills’ – It’s Your Turn. Are you good at your job? 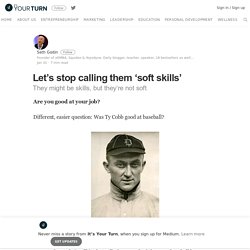 Different, easier question: Was Ty Cobb good at baseball? It’s generally understood that Ty Cobb was a jerk. How To Manage Your Team Like a (Good) Boss – NewCo Shift. Get Shift Done: Management Now that you’ve read Line Management 101 and have the basics down, how can you up your game? 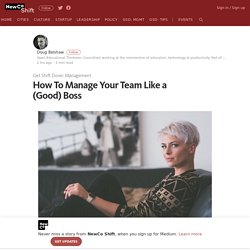 In other words, how can you manage your team like a (really good) boss? We Need Leaders AND Managers – George Couros – Medium. The narrative of “are you a manager or a leader?” 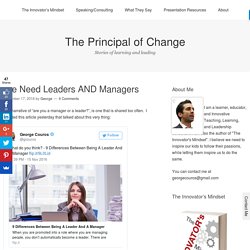 , is one that is shared too often. I tweeted this article yesterday that talked about this very thing: 7 Leadership Superpowers You Might Not Know You Have. Leading Millennial Educators – Medium. (This blog post is part of an ongoing series of the Millennial Educator) Let’s be honest. 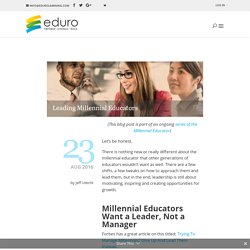 There is nothing new or really different about the millennial educator that other generations of educators wouldn’t want as well. There are a few shifts, a few tweaks on how to approach them and lead them, but in the end, leadership is still about motivating, inspiring and creating opportunities for growth. Millennial Educators Want a Leader, Not a Manager Forbes has a great article on this titled: Trying To Manage Millennials? E leading 27 final. Who is Responsible for Teacher Engagement​? – Sanée Bell. “EdTech” is a Leadership Position. Spending a lot of time at technology conferences, one thing is evident; there are a ton of sessions on “stuff”. 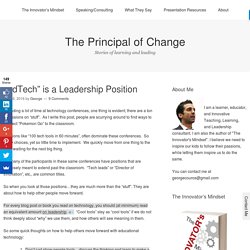 As I write this post, people are scurrying around to find ways to connect “Pokemon Go” to the classroom. Sessions like “100 tech tools in 60 minutes”, often dominate these conferences. So many choices, yet so little time to implement. We quickly move from one thing to the next, waiting for the next big thing. Yet many of the participants in these same conferences have positions that are purposely meant to extend past the classroom. Embracing Meaningful Change at All Levels – The Principal of Change. One of the conversations that you will here from school districts is the idea that they want people to embrace change. 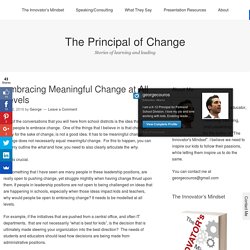 One of the things that I believe in is that change solely for the sake of change, is not a good idea. It has to be meaningful change. Change does not necessarily equal meaningful change. For this to happen, you can not only outline the what and how, you need to also clearly articulate the why. Leadership for a Global Future. 10 steps technology directors can take to stay relevant SmartBlogs. The role of the typical school district technology director has become obsolete. 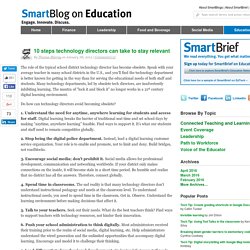 Speak with your average teacher in many school districts in the U.S., and you’ll find the technology department is better known for getting in the way than for serving the educational needs of both staff and students. Many technology departments, led by obsolete tech directors, are inadvertently inhibiting learning. The mantra of “lock it and block it” no longer works in a 21st century digital learning environment.

10) Always get the full story before making a decision. 9) It's incredibly easy to 'flip the switch' and start writing people off after a few bad experiences. Resist at all costs. You were bumbling once too. You made poor decisions. You learn and grow, and so does everybody else. The 7 Practices of Curious Leaders. The 7 Practices of Curious Leaders Lack of curiosity is deadly in changing times. Vision, courage, and energy, without curiosity, turn to exhaustion and irrelevance. Curiosity indicates potential. Leaders who ask questions go further than those who don’t. The 7 practices of curious leaders: Be the Leader you Wish you had — IDEO Stories. A More Holistic Approach To Technology Planning. 7 Habits Of People Who Have Achieved Work-Life Balance. According to a recent study published by the American Sociological Review, 70% of American workers struggle with finding a work-life system that works for them.

For many in the workforce, achieving any type of work-life balance, can seem like a myth, especially when technology has made us accessible around the clock. Time free from workplace obligations seems to becoming ever more elusive. 5 Ways to Empower Educators. 5 Ways to Empower Educators Ever feel totally empowered? Leadership Transitions. Earlier this week I co presented a workshop for aspiring leaders within my school and local school network.

The workshop was the first of three for the year, and was designed to get participants to actively and honestly engage in self-reflection, as a foundation for leadership development. The workshops are designed to assist leaders at all levels improve their leadership skills to assist them in building professionalism and potentially move to the next level of leadership.