Yanis Varoufakis: How I became an erratic Marxist. In 2008, capitalism had its second global spasm. 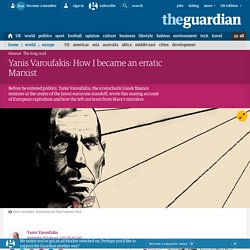 The financial crisis set off a chain reaction that pushed Europe into a downward spiral that continues to this day. Europe’s present situation is not merely a threat for workers, for the dispossessed, for the bankers, for social classes or, indeed, nations. No, Europe’s current posture poses a threat to civilisation as we know it. If my prognosis is correct, and we are not facing just another cyclical slump soon to be overcome, the question that arises for radicals is this: should we welcome this crisis of European capitalism as an opportunity to replace it with a better system? HEARTHSTONE (Honest Game Trailers) Se connecter à Facebook.

Info-communism? Ownership and freedom in the digital economy. King Leopold's Ghost. King Leopold's Ghost (1998) is a best-selling popular history book by Adam Hochschild that explores the exploitation of the Congo Free State by King Leopold II of Belgium between 1885 and 1908, as well as the atrocities that were committed during that period. 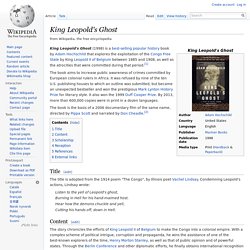 The book aims to increase public awareness of crimes committed by European colonial rulers in Africa. It was refused by nine of the ten U.S. publishing houses to which an outline was submitted, but became an unexpected bestseller and won the prestigious Mark Lynton History Prize for literary style. Joint statement of the academic delegation to Rojava. Last December, an international delegation of scholars visited Rojava to learn about the revolution, gender liberation and democratic self-government. 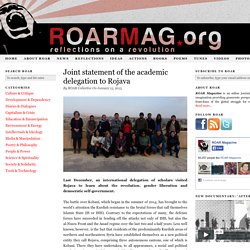 The battle over Kobani, which began in the summer of 2014, has brought to the world’s attention the Kurdish resistance to the brutal forces that call themselves Islamic State (IS or ISIS). The False Friends of Kobanê. An Assyrian fighter at a martyrs’ cemetery near Hassake, a city in northeast Syria. 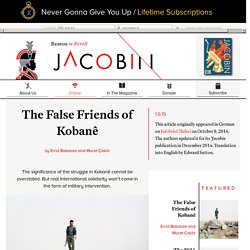 The accompanying photo series was produced by Roman Kutzowitz in October 2014 from the autonomous region of Rojava. For nearly four months now, heavily armed Islamic State (IS) militants have been laying siege to the city of Kobanê in Syrian Kurdistan (Rojava). Another IS massacre was initially feared. But the homegrown defense units of Kobanê, despite being hopelessly outmatched militarily, have been able to repel IS incursions for a surprisingly long time — and for much of this time without help. It has been a pitched battle that has repeatedly seen bitter house-to-house fighting. However, with the questionably timed expansion of military assistance from the United States and the opening of Turkish territory to Peshmerga forces from Iraqi Kurdistan, the tide appears to be turning. 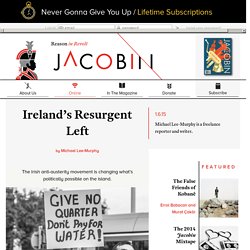 William Murphy / Flickr Throughout the past fall and again in December, people took to the streets in numbers rarely seen in Ireland. On December 9, organizers said there were 100,000 people marching in Dublin, 2 percent of the Irish Republic’s population of 4.5 million. Birth of Our Power. Birth of Our Power is an epic novel set in Spain, France, and Russia during the heady revolutionary years 1917–1919. 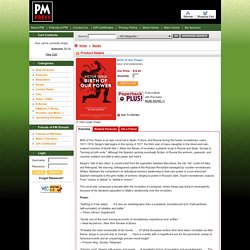 Makes me feel like something's wrong with me. About that often misunderstood asterisk – Practical Androgyny. Recently this post by Natalie Reed on the use of ‘trans*’ was proving controversial among many of the nonbinary and genderqueer people I follow on Twitter. 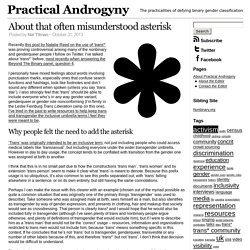 I’ve talked about ‘trans*’ before, most recently when answering the Beyond The Binary panel, question 4. I personally have mixed feelings about words involving punctuation marks, especially ones that confuse search functions and hashtags, look like footnotes and don’t sound any different when spoken (unless you say ‘trans star’). The Brain and Gender Dysphoria. Sarah J. 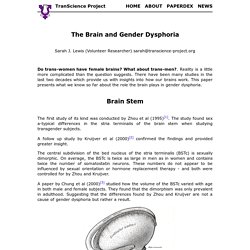 Lewis (Volunteer Researcher) sarah@transcience-project.org Do trans-women have female brains? What about trans-men?. China in Revolt. On the making and making up of Welsh history: A response to David Melding, Robert Stradling and Tim Williams. Richard Wyn Jones responds to recent discussions over his book ‘the Fascist Party in Wales?’. 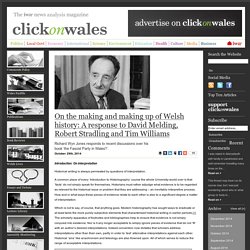 October 29th, 2014 Introduction: On interpretation Historical writing is always permeated by questions of interpretation. A common place of every ‘Introduction to Historiography’ course the whole University-world over is that ‘facts’ do not simply speak for themselves. Historians must rather adjudge what evidence is to be regarded as relevant to the historical issue or problem that they are addressing – an inevitably interpretive process. Origins of the police - David Whitehouse. Excellent text examining the creation of the first police forces, which took place in England and the US in just a few decades in the mid-19th century. 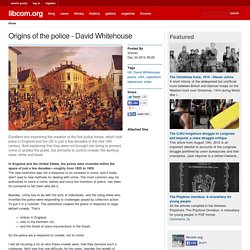 And explaining that they were not brought into being to prevent crime or protect the public, but primarily to control crowds: the working class, white and black. In England and the United States, the police were invented within the space of just a few decades—roughly from 1825 to 1855. Celtic History. General Celtic Info The Celts dominated Mid and Western Europe for a thousand years. But it is only recently that the importance of Celtic influence on the cultural, linguistic and artistic development of Europe. The Celts as an identifiable race or ethnic group have long since disappeared, except in places such as Ireland and the Scottish Highlands.