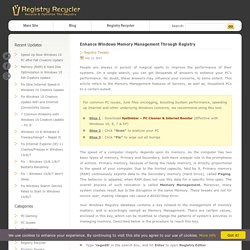 On a single search, you can get thousands of answers to enhance your PC’s performance. No doubt, these answers may influence your concerns, to some extent. This article refers to the Memory Management features of Servers, as well as, household PCs to a certain extent. For common PC issues, Junk files unclogging, boosting System performance, speeding up Internet and other underlying Windows concerns, we recommend using this tool. Step 1 : Download Systimizer ‒ PC Cleaner & Internet Booster (Effective with Windows 10, 8, 7 & XP)Step 2 : Click "Scan" to analyze your PCStep 3 : Click "Fix" to wipe out all bumps The speed of a computer majorly depends upon its memory. Your Windows Registry database contains a key related to the management of memory matters, and is accordingly named as Memory Management. 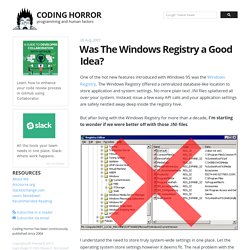 The Windows Registry offered a centralized database-like location to store application and system settings. No more plain text .INI files splattered all over your system. Instead, issue a few easy API calls and your application settings are safely nestled away deep inside the registry hive. But after living with the Windows Registry for more than a decade, I'm starting to wonder if we were better off with those .INI files. I understand the need to store truly system-wide settings in one place. Windows registry information for advanced users. Description of the registry The Microsoft Computer Dictionary, Fifth Edition, defines the registry as: A central hierarchical database used in Microsoft Windows 98, Windows CE, Windows NT, and Windows 2000 used to store information that is necessary to configure the system for one or more users, applications and hardware devices. 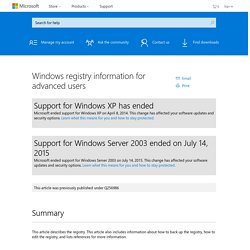 The Registry contains information that Windows continually references during operation, such as profiles for each user, the applications installed on the computer and the types of documents that each can create, property sheet settings for folders and application icons, what hardware exists on the system, and the ports that are being used. The Registry replaces most of the text-based .ini files that are used in Windows 3.x and MS-DOS configuration files, such as the Autoexec.bat and Config.sys. Although the Registry is common to several Windows operating systems, there are some differences among them. HKEY_LOCAL_MACHINE\Software\WOW6432Node. ATTENTION INFO. Some Notes on the Machines: Additional Critical and Delayed Worker Threads in Windows - speed tweak. At this registry location: HKLM\SYSTEM\CurrentControlSet\Control\Session Manager\Executive create or modify “AdditionalCriticalWorkerThreads” and also “AdditionalDelayedWorkerThreads”, both DWORDs. 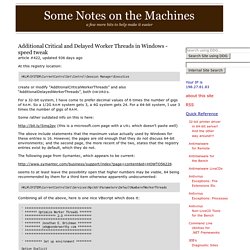 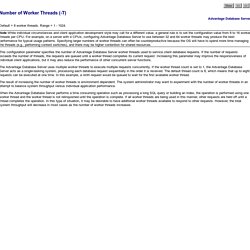 Follow. Increasing the number of kernel threads. Description By default, Windows does not optimize the kernel for large numbers of concurrent threads. 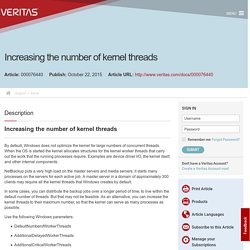 When the OS is started the kernel allocates structures for the kernel worker threads that carry out the work that the running processes require. Examples are device driver I/O, the kernel itself, and other internal components. NetBackup puts a very high load on the master servers and media servers: it starts many processes on the servers for each active job.

SMB to Win 10 problems with username and password. Hyperlink. Condivisione, risoluzione problemi. Performance tuning guidelines windows server 2012. Antivirus software may cause Event ID 2011. This article was previously published under Q177078 After you install Norton AntiVirus for Windows or IBM AntiVirus 3.01N (Build 301.590), you receive the following error messages: Not enough server storage is available to process this command. 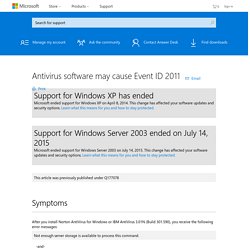 -and- Not enough memory to complete transaction. Close some applications and retry. Clients cannot access network shares. Follow. 7 Quick Tips & Hacks To Optimize Your Windows 10 Experience. Windows 10 is more than an upgrade from Windows 8, it’s an evolution. 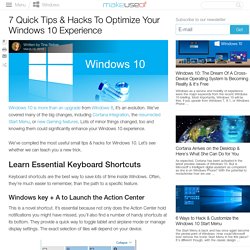 We’ve covered many of the big changes, including Cortana integration, the resurrected Start Menu, or new Gaming features. Lots of minor things changed, too and knowing them could significantly enhance your Windows 10 experience. We’ve compiled the most useful small tips & hacks for Windows 10. Let’s see whether we can teach you a new trick. Learn Essential Keyboard Shortcuts. Hyperlink. Windows 10 Optimization. Performance Tuning Guidelines for Microsoft Services for Network File System. Published: July 28, 2004 Abstract This document describes important tuning parameters and settings that can result in improved performance for Microsoft Network File Systems running on your Microsoft® Windows Server™ 2003 system. 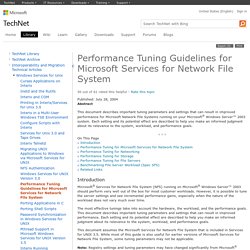 Each setting and its potential effect are described to help you make an informed judgment about its relevance to the system, workload, and performance goals. Number Of Requests Key. We never found an answer and left it as is. 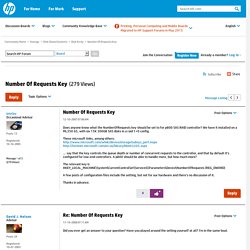 It may have been a bit of a red herring, because the reg key wasn't on our server (maybe you need to create it?) And few people had heard of it. Here's a dump of our notes on it, if it's any help: "Both SCSIport and Storport miniport drivers can use a registry parameter to designate how much concurrency is allowed on a device by device basis.

The default is 16, which is much too small for a storage subsystem of any decent size unless quite a number of physical disks are being presented to the operating system by the controller. This parameter allows you to specify the number of SRBs created for a given adapter. Registry Entries for StorPort Miniport Drivers (Windows Drivers) StorPort defines a set of registry entries to configure the behavior of StorPort and miniport operations. Values are set in the scope of the miniport driver or per instance. Service Entries Registry entries for the miniport are keyed by the \Parameters subkey and the \Parameters\Device subkey of the miniport's services key. Backup. Registry Entries for StorPort Miniport Drivers.mhtml (Last Updated: 7/30/2016) ATTENTION INFO. GroupWise 8 Good and Bad Habits - MicroFocusInternationalWiki.

Template:Link from documentation Introduction This may well be where the rubber meets the road. This section contains clever working examples, good advice, some warnings, and just plain criticisms. Tips of what to do, what not to do and tricks on extending your GroupWise services beyond the normal scopes are attempted. Optimizing Your Memory Configuration. This documentation is archived and is not being maintained.

The default memory-management settings for your system are optimal in most situations and do not need to be changed. However, the system can provide a much larger working set and additional virtual address space for the system cache if some settings are manually tuned. These settings include the following registry entries in the HKEY_LOCAL_MACHINE\System\CurrentControlSet\Control \Session Manager\Memory Management subkey: LargeSystemCache . A value of 1 maximizes the size of the system cache's working set and, with PagedPoolSize set to 192000000 and SystemPages set to 0, provides a large virtual address space for the cache, provided that Terminal Services and the /3GB switch are not used.

It in theory speeds up situations with many file operations, useful in every situation with an increased amount of read write operations. Changing the setting with increase the paged and non-paged memory usage of the buffers which indicates that this tweak should only be used if enough spare system memory is available on the PC. Microsoft TechNet offers the following description of the memoryusage value: Tuning. Subsys perf. How to Disable Windows File Encryption (EFS) Encrypt contents to secure data option is disabled in Windows 8. Sometimes we have data which we may need to encrypt and keep secure and private, to hide it from others, and in that case, we have to securely encrypt data.

Windows lets you encrypt folder data easily and this functionality is enabled by default. So if you need to encrypt data inside a folder, just right click over the folder, pick Properties. Then in Properties window, click Advanced; in the Advanced Attributes window, the option to encrypt data is there. Just check this option to encrypt data on the go. Computer restart resets setting to encrypt paging file to off. Optimization Guide for Windows Server 2008R2 with XenApp 6/6.5 – Available Now! Very often we (the Ask the Architects team) are asked which optimizations should be applied to a XenApp (6/6.5) server. What we typically do to answer that question is to dig through our personal knowledge repositories and try to come up with a good list of tweaks.

Well, that is not exactly a very efficient process so we though it’s now time to comprise a comprehensive guide, that summarizes the most common optimizations. Unfortunately there is a myriad of registry tweaks or GPO settings that can optimize a Windows Server, but many of them are related to very specific scenarios only and have the ability to actually limit the scalability in other cases. AdditionalCriticalWorkerThreads. Increasing the number of kernel threads. Tuning Windows 2012 - File System, Part 1.

My Queries about: Registry Tuning