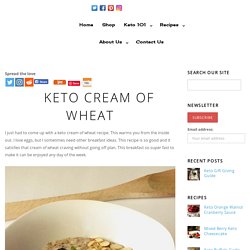 This warms you from the inside out. I love eggs, but I sometimes need other breakfast ideas. This recipe is so good and it satisfies that cream of wheat craving without going off plan. This breakfast so super fast to make it can be enjoyed any day of the week. Before going keto I used to have cereal or cream of wheat just about every day. You can add berries, unsweetened coconut shavings, nuts, extracts, spices, etc. Nutrition for the recipe is on My Fitness Pal just search Certainlyketo-Keto Cream of Wheat. Coconut Porridge. Keto Oatmeal. Carbs in oatmeal Keto Oatmeal carbs in oatmeal Yes, it’s true that oatmeal needs to stay out of your eating regime while you follow a strict ketogenic diet. 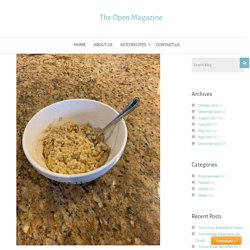 However, there’s a way around. So what if you can’t have your favorite oatmeal? You can still have the delectable and healthy keto oatmeal. For several people, oatmeal is a bliss when it comes to breakfast. With the keto oatmeal recipe, you need not skip your favorite breakfast even while following a strict ketogenic diet plan. In addition to having 44 grams of fats in a single serving, there are merely 1 grams of net carbs in the keto oatmeal. Keto oatmeal is an impressive ketogenic recipe that will ensure your metabolism works on ketosis. Peanut Butter Granola. Who says you can’t have granola on a low carb diet? 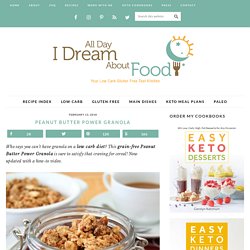 This grain-free Peanut Butter Power Granola is sure to satisfy that craving for cereal! Now updated with a how-to video. Egg and Cheese Quiche. Cinnamon Granola. If it’s not obvious yet, let me tell you right now that I have the biggest sweet tooth! 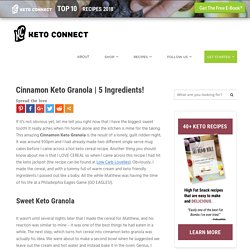 It really aches when I’m home alone and the kitchen is mine for the taking. This amazing Cinnamon Keto Granola is the result of a lonely, guilt ridden night. Granola Cereal. Cinnamon Cereal. No, it’s not a dream. 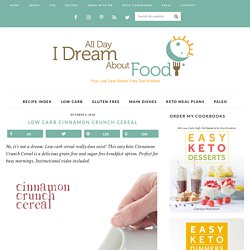 Low carb cereal really does exist! This easy keto Cinnamon Crunch Cereal is a delicious grain free and sugar free breakfast option. Perfect for busy mornings. Instructional video included. It was time to give this well loved low carb cereal recipe an update. It’s no secret that diet, exercise and fitness are very important to me. Giving up cereal on a keto diet can be difficult for a lot of people. Well, you really don’t have to give that up at all.

How To Make Low Carb Cereal. Cinnamon Crunch - cereal. Nowhere near as pretty as yours, but wow, these taste amazing! 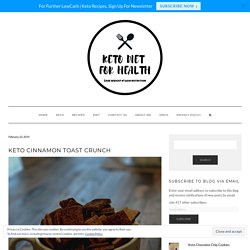 Oh man, Cinnamon toast crunch is the best cereal by a long shot and I can guarantee this by asking anyone and everyone if it was a part of their childhood and even adulthood. It is, without fail, the cereal I see most people purchase when I am at the grocery store. We knew that if we were going to attempt a low carb cereal we would need to pick one that everyone could undoubtedly agree upon as the best, so we decided on Cinnamon Toast Crunch. 6 servings. Breakfast Muffins.

Caprese Frittata - omelette. Green Souffle Omelette. The fluffiest omelette we ever did see! 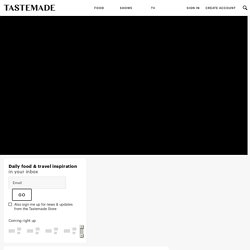 Whisk the egg whites to soft peaks, and then carefully fold in the egg yolks along with the chopped spinach, chives, dill, cheeses (reserving some to put under the grill) and some seasoning. Email Print. 30-Minute Shakshuka with Yogurt. Eggs Poached in a Spiced Tomato Sauce (Shakshouka) Shakshouka = eggs poached in a tomato sauce Shakshouka kind of looks like an egg pizza, doesn’t it?

The combination of eggs and fresh ripe tomatoes is refreshingly awesome. Roby and I eat this popular middle eastern dish all the time because it’s easy to make (one-pan meal) and it’s super tasty. Shakshouka is made by poaching eggs in a spiced tomato sauce. It’s the perfect any time meal. awesome dish for breakfast lunch or dinner. 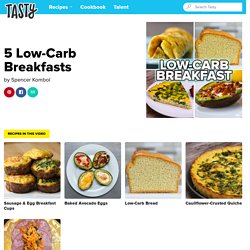 Personalisation The collection and processing of information about your use of this service to subsequently personalise advertising and/or content for you in other contexts, such as on other websites or apps, over time. Typically, the content of the site or app is used to make inferences about your interests, which inform future selection of advertising and/or content. Ad selection, delivery, reporting The collection of information, and combination with previously collected information, to select and deliver advertisements for you, and to measure the delivery and effectiveness of such advertisements.