Hotel Détente SPA en Inde : Fragrant Nature - Kollam - Tripconnexion. The 20 Most Weight-Loss-Friendly Foods on The Planet. We include products we think are useful for our readers. 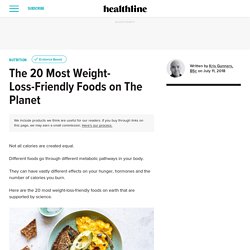 If you buy through links on this page, we may earn a small commission. Here’s our process. Understanding Organic Foods - Unlock Food. Organic foods are becoming more popular. 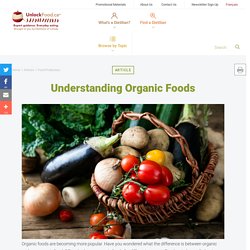 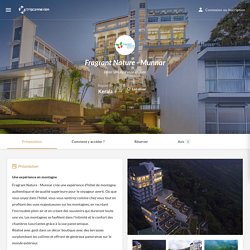 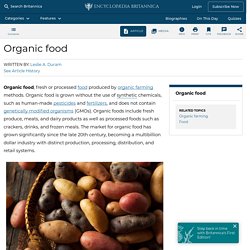 Organic food is grown without the use of synthetic chemicals, such as human-made pesticides and fertilizers, and does not contain genetically modified organisms (GMOs). Organic foods include fresh produce, meats, and dairy products as well as processed foods such as crackers, drinks, and frozen meals. The market for organic food has grown significantly since the late 20th century, becoming a multibillion dollar industry with distinct production, processing, distribution, and retail systems. Policy A regulatory framework is most important when consumers and farmers are geographically separated, and such a framework is likely to cater to larger-scale producers who participate in a more industrial system. Get exclusive access to content from our 1768 First Edition with your subscription. Organic regulations vary by country, some of the most comprehensive rules being seen in Europe.

Environment Society Leslie A. Policy. What Is Organic Food - Definition, Benefits & Cost Analysis. The organic food market has experienced unprecedented growth over the last several years, and today the U.S. market tops $39 billion per year, according to the Organic Trade Association (OTA). 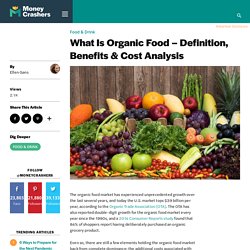 The OTA has also reported double-digit growth for the organic food market every year since the 1990s, and a 2014 Consumer Reports study found that 84% of shoppers report having deliberately purchased an organic grocery product. Organic Foods: What You Need to Know. Is organic food really healthier? 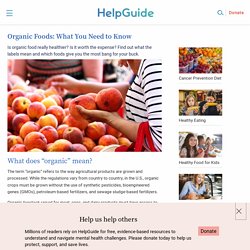 Is it worth the expense? Find out what the labels mean and which foods give you the most bang for your buck. What does “organic” mean? The term “organic” refers to the way agricultural products are grown and processed. Hotel-Tipp Kochi: das Fragrant Nature im Test. Paul Flynn: Three heart-warming comfort food dishes. I was a judge recently at the Eurotoques Young Chef of the Year. 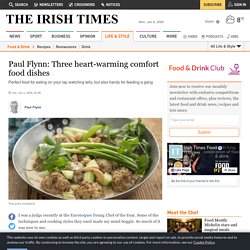 Some of the techniques and cooking styles they used made my mind boggle. So much of it was new to me. Did you know if you blend the dark part of the leek at 85 degrees in a Thermomix with a little oil, the chlorophyll sets and it won’t discolour? Nope, nor me. Or have you ever smoked a chicken over birch twigs, or drank mushroom tea through reindeer moss? These young chefs were doing it all under immense pressure. I’m an old codger who cooks. I also got to judge with Michel Roux, a real food hero from a dynasty of culinary demi-gods. I’m going to stick to what I know this week. Two very different trifles to shake up your Christmas dinner. And so to the the trifle, staple of most Christmas dinner tables and perhaps just as contentious in its own way as the Brussels sprouts are. 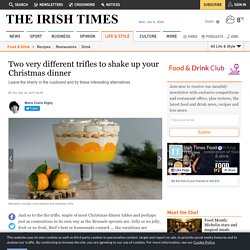 Jelly or no jelly, fruit or no fruit, Bird’s best or homemade custard ... the variations are endless. What is common to many trifles is a liberal slosh of sherry. 10 of the Healthiest Cooking Oils for Baking, Sautéing, and Drizzling. If you’re searching for the healthiest cooking oils, know this: Olive oil isn’t your only option. 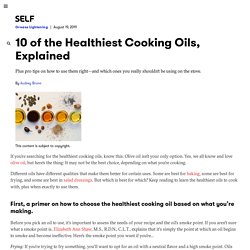 10 Best and Worst Oils for Your Health. Flaxseed oil. 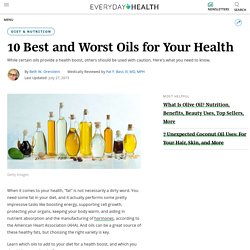 Flaxseed oil is a good source of alpha-linoleic acid (ALA), one of three omega-3 fatty acids (olive and canola oils also contain omega-3s). You need dietary omega-3s since your body cannot make them on its own. Omega-3 fatty acids reduce inflammation, and thus may help lower the risk of cancer, according to the MD Anderson Cancer Center. Time. The Best Cooking Oils for Your Health.

I have heard of blended whiskeys. But this was the first time I was hearing of blended oils.The packet claimed that it's an olive oil and then when I looked closely, it read blended oil. МОЕ ПУТЕШЕСТВИЕ В КОЧИ И АЛЛЕППИ – Concord Exotic Voyages.